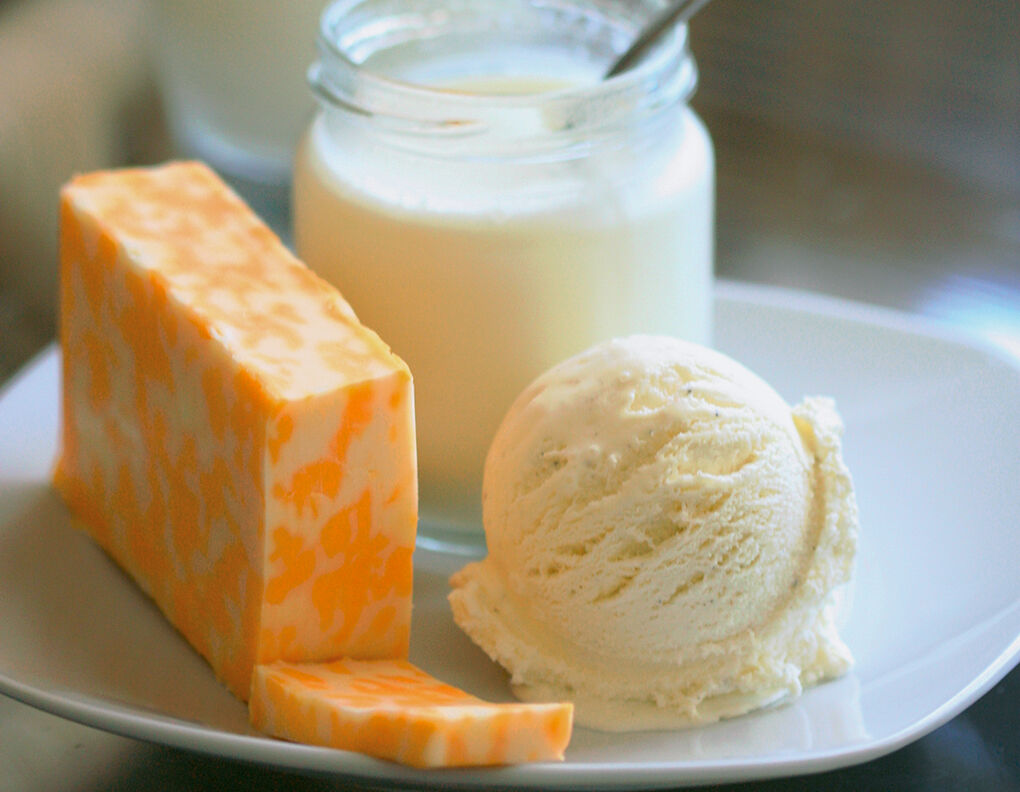 Every St. Croix Valley resident possessing a high Dairy IQ knows June is Dairy Month – not just in Wisconsin but nationally. Wisconsin’s dairy industry contributes an estimated $45.6 billion to the state’s economy each year. That’s more than the combined value of Florida citrus and Idaho potatoes. Dairies maintain 154,000 jobs and generate $1.26 billion in state and local taxes, all according to the Dairy Farms of Wisconsin.

Legislative action in 1971 designated the dairy cow as Wisconsin’s official domesticated animal to reflect the importance of the state’s dairy industry. Gov. Patrick Lucey issued an executive order in 1972 recognizing the Holstein-Friesian breed as the official dairy cow until May 31, 1973. Thereafter, on June 1 of each year, the Wisconsin Secretary of Agriculture designates a different breed from the state’s purebred dairy stock as the featured cow for the year.

In the state that brought consumers Pabst, Schlitz, Leinenkugel’s and New Glarus, an ice cold glass of milk is Wisconsin’s official beverage. While beer is important, milk has nine essential nutrients, including calcium, vitamins A, B-12, and D, phosphorus, protein, riboflavin, niacin, and the all-important pantothenic acid, which plays a role in the body’s energy cycles, converting carbohydrates, protein, and fats to fuel.

Enough about milk, what about a frozen delight like ice cream? The U.S. Department of Agriculture estimates the average American consumed 22 pounds of ice cream and other frozen dairy products in 2019, the highest level over a 10-year rolling comparison. Another source boasts the average annual consumption for Americans at 23 gallons. A global pandemic like COVID-19 will likely bump the 2020-2021 graphs to new heights.

Ice cream is not an American discovery. The Chinese, reportedly under the Tang Dynasty around 697 AD, used salt and ice to freeze dairy products. Others credit Naples, Italy, as the birthplace of the first real ice cream. Quaker colonists brought ice cream recipes to the U.S. and opened the first retail shops in New York and elsewhere.

It takes 12 pounds or 1.5 gallons of whole milk to make a gallon of ice cream. In a fact from the frozen dairy products police, an estimated 85% of home freezers in the U.S. have some kind of ice cream in it. Americans rank vanilla as their favorite flavor, followed by chocolate, cookies and cream, mint chocolate chip, and chocolate chip cookie dough.

As for Wisconsin ice cream facts, the first ice cream sundae was served in Two Rivers back in 1881 when a customer at Edward C. Berner’s soda fountain asked to top off his ice cream with the chocolate sauce used for sodas. And yes, it caught on and was originally offered only on Sundays.

I scream, you scream! Whether it’s a dish or cone or right out of the container using a spoon, Americans and St. Croix Valley residents love dairy products and especially ice cream. Here’s to June and July.