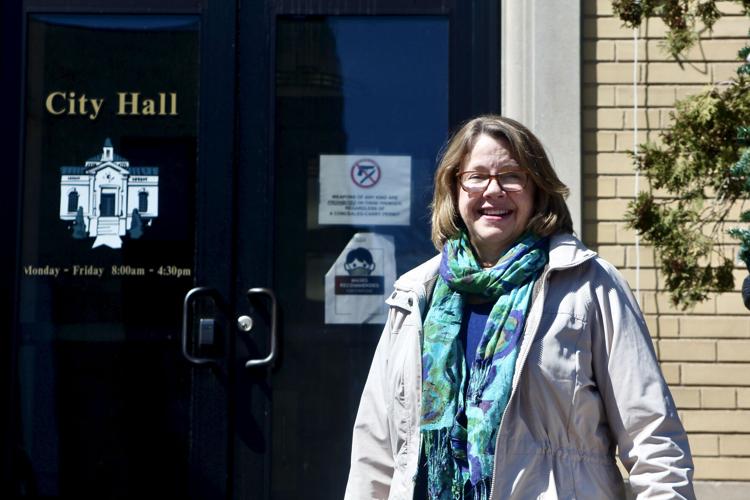 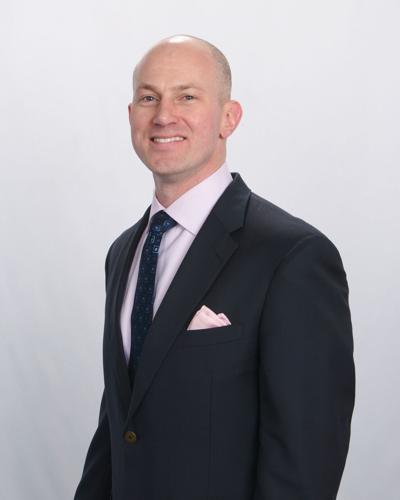 After first being elected to the Hudson Common Council in 2018, Paul Deziel was unseated by Joy Knudson, who will now be representing District 3.

The first thing Deziel had to say when asked about the election results was congratulations to Knudson.

“I am glad that half of the Hudson City Council will now be represented by women because it more accurately reflects the gender makeup of our city,” Deziel said. “I will certainly be here to support her as she transitions into her new leadership position.”

Deziel credits a significant part of Knudson's victory to her long-established relationships in town and her well-run campaign.

“She earned her win,” he said.

As District 3 changed during the post-census redistricting process, the demographic of the voters changed, another factor potentially helping Knudson secure her win.

The neighborhoods of Stone Pine, Carmichael Ridge and Bella Rose were added to the district.

Currently, Deziel does not have plans to pursue political positions in the future, though “one never knows what future opportunities may arise,” he said.

“I am very proud of my service and record representing the people of District 3 the past four years,” Deziel said.

Right now, he plans to enjoy more time with his family, who he thanks profusely for the sacrifices they made during his candidacies and time on council. Deziel is open to exploring other ways to serve in Hudson.

On Tuesday, April 19, Knudson and Mike Kennedy, who ran unopposed in District 4, will be sworn in to the Hudson Common Council,

Knudson didn’t run with one, specific goal in mind. Rather, she wanted to contribute to communication between constituents and council, awareness of the city budget and prioritize the tasks that council is responsible for.

Two-way communication between council members and the public is important to her as a resident and a representative. Public comment is part of that, and it is something she hopes to continue to fine-tune.

During her campaign, Knudson went door to door, talking with her neighbors in District 3. She heard residents voice their desire for bike paths, neighborhood sidewalks, controlled traffic and a free place to dump fall cleanup, like leaves.

Knudson and her husband have owned two businesses, both veterinary practices in Hudson and New Richmond. Though she is “semi-retired” now, practicing on a simplified schedule, she feels this experience might have been a contributing factor for voter support. A combination of her business experience, her community involvement in Hudson and her last 30-some years as a parent and resident of the city.

Bill Alms was re-elected, unopposed, and has returned to his seat representing District 2.

Mayor Rich O’Connor hung onto his seat in office by 450 votes.

Mayor Rich O'Connor was re-elected to his seat.

Liz Malanaphy, the opposing candidate for mayor, knew she was coming into the race as the underdog, going up against O’Connor. She emphasized the importance of running, regardless of the outcome.

“Despite the fact that I did not expect to ‘win,’ it was most important just to run,” she said.

Malanaphy was recently accepted into a master’s program at the University of Wisconsin-Milwaukee for sustainable peacebuilding and is considering pursing it.

“Losing the election will actually allow me to (consider moving) move forward with that,” she said. “It would be an amazing base for me to continue to build on as a potential community leader.”

During her bid for mayor, Malanaphy became aware of a larger constituency who are thinking about the same kinds of changes as she is: hoping to make it a more equitable, environmentally friendly, logical, sustainable and collaborative place.

“There is so much we can do outside of city government,” Malanaphy said. She doesn’t see herself slowing down, but rather the opposite. “I actually feel strongly that I might be able to do more good for our community as an activist, instead of the mayor, at this time.”

Malanaphy is open to running for mayor and other positions in the future, if she feels there is a need for alternative representation, though she is happy with her current District 5 representative, Sarah Bruch, and would not run against her.

Mayor O’Connor did not respond to emails and voicemail messages by deadline with post-election comments.

Jamie Johnson has served three terms on the Hudson School Board and was elected to serve his fourth term on April 5.

“I think voters appreciated the job the school district has done in educating children, especially over the last two years,” he said. “Parents in particular appreciated that the Hudson School Board made it a priority to continue in-person learning for students 4K-12, while school districts just across the river in Minnesota remained in virtual mode for a long time.”

Johnson says he will continue to lead with the same “moderate, common sense and ‘even keel’ approach” he has had over the last nine years.

“My focus will not divert from student achievement, which is the board’s No. 1 commitment,” he said.

He will be re-joined on the board by Rob Brown, who previously served on the school board from 2015 to 2021.

“Our community can expect my insistence on community engagement on major decisions like options and direction for primary space, a focus on the development of our children while being cognizant of our neighbors’ pocketbooks and doing what we can to attract and keep the best instructional staff districtwide,” Brown said.

Brown believes that voters saw him as a representative that would be conscientious of their pocketbooks, actively seek community involvement and work toward continued educational, emotional and social development of our children.

“The community has also become more aware of the budget constraints our school district will be facing through declining enrollment which creates declining revenue and continued reductions in state aid,” he said. “I believe voters were looking for an experienced hand who will seek to elevate the public’s voice.”

One of Brown’s concerns that has been brought to his attention over the last few election cycles is the placement of yard signs on public property, like roadways and ditches, as well as yards of vacant homes and commercial property without permission.

“These signs, after the election, become trash, littering these spaces as many times they are forgotten,” he said. “No one ever hopes for their good name to be associated with trash.”

Brown said that a consideration for all candidates, for any election position, should be placement of campaign signs.

On April 25, Brown and Johnson will be taking the oaths of office as elected board members.

“As a school board, we cannot move this district forward and achieve our goals without the support of our community,” Johsnon said. “We are going to do everything we can to engage the community and pursue consensus in making decisions and taking action that is in the best interests of our students, families and taxpayers.