Village Board members Michael Steele and Becky Beissel ran to replace Village President Gerald DeWolfe, who announced that he will be retiring after three decades of public office.

Unofficial results show that Beissel will become the next president with 287 votes. Steele received 214 votes.

Election results are unofficial until canvassed next week. 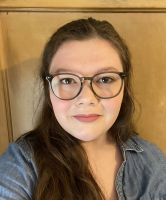