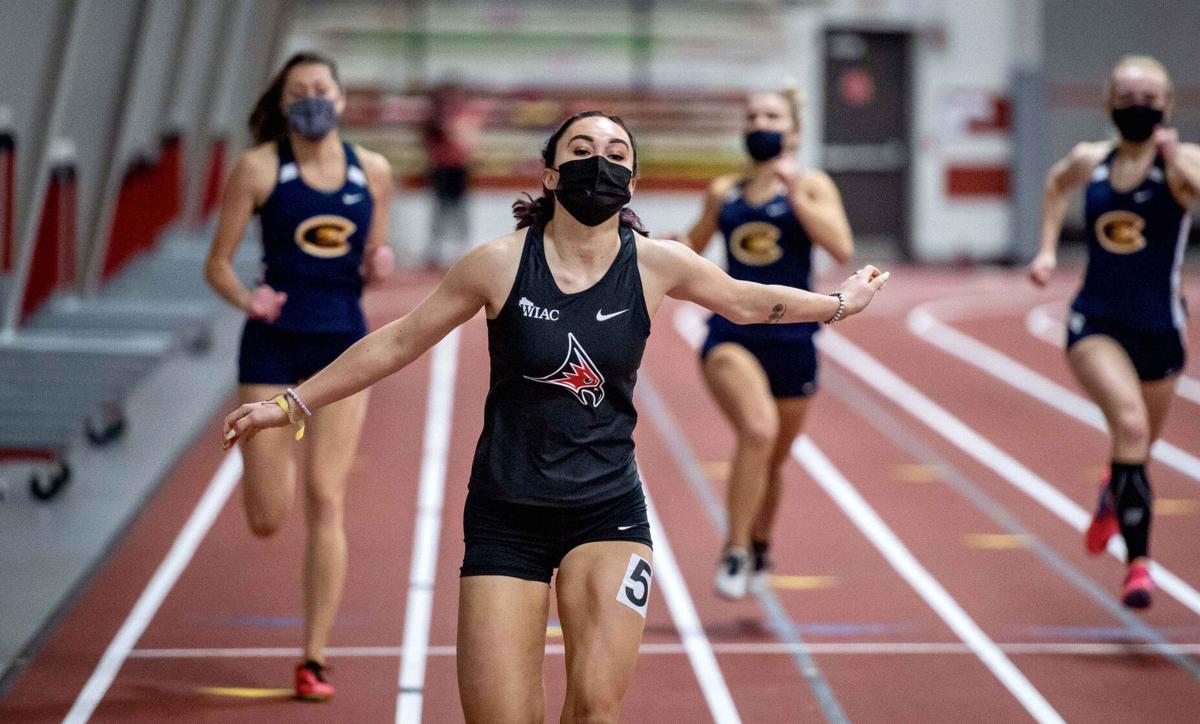 UW-River Falls junior Lexi LeFever of Hudson established school records in the 60 meter dash, 100 meter dash and long jump during the Falcon women’s track and field team’s indoor season and was rewarded by being named the 2020-21 WIAC Track Performer of the Year. Pat Deninger / UWRF Communications 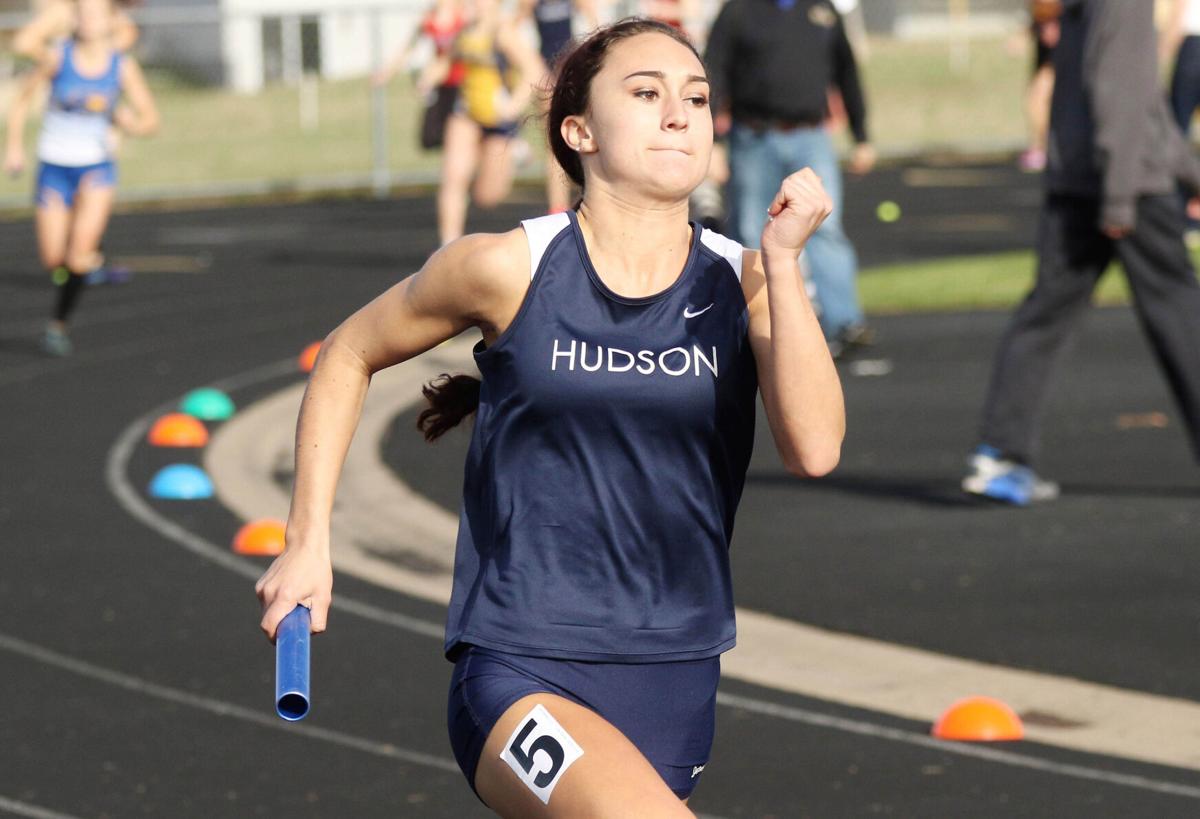 Lexi LeFever runs the anchor leg of the 4x200 meter relay as a junior at Hudson in 2017. LeFever was a four-time state qualifier in four different events as a Raider. After originally attending UW-Eau Claire she transferred to UW-River Falls in the middle of the 2019-20 school year and was recently named the 2020-21 WIAC Track Performer of the Year. File photo

HUDSON, Wis.-- Even Lexi LeFever was surprised by her times in the UW-River Falls women’s track and field team’s first meet of the season Feb. 6 at UW-Stout.

After not competing for nearly a full year due to the pandemic, the junior from Hudson won the 60-meter dash in 7.78 seconds and the 200-meter dash in 25.64, both lifetime bests. She also took first place in the long jump with a leap of 16-feet, 11.15 inches, and was rewarded by being named the U.S. Track and Field and Cross Country Coaches Association Division III National Athlete of the Week.

“I was not expecting anything like that,” she said about her 60 meter dash time. “I had to double check the time because I barely broke eight last indoor season. And then my 200 time just shocked me. I did not think I was going to run anywhere close to that. And then it just kept going throughout the season. I just kept getting faster and faster.”

She was named the USTCCCA Division III National Athlete of the Week for the second time, and followed that up by being selected as the 2020-21 WIAC Track Performer of the Year.

LeFever said she got the news after she texted UWRF coach Colleen Sowa.

“I saw I got WIAC Athlete of the Week and I texted Colleen because that was a huge deal for me,” she said. “And then she texts back with the national athlete of the week picture and I was like, are you kidding me right now? That was really cool.”

LeFever’s relationship with Sowa dates back to LeFever’s high school days, when she was a four-year state qualifier at Hudson and Sowa coached the River Falls High School team. After graduating in 2018 LeFever attended UW-Eau Claire before Sowa took over the UWRF program in 2019. Then in the middle of the 2019-20 school year, LeFever decided to transfer.

“I just wasn't really there mentally or physically,” LeFever said about her time at Eau Claire. “And then when I found out Coach Sowa was taking over as head coach for River Falls I was like, okay, this is closer to home, I might as well just go tour it. And during the tour I literally fell in love with the school and her coaching philosophy and everything about it.”

She said transferring to River Falls was one of the best decisions she ever made.

“I can honestly say, and I think a lot of other people can say, I'm a whole new person, in every aspect,” she said. “The transfer was such a good decision, both mentally and physically for me. So I'm very happy I did it.”

Sowa is happy with the move too.

“She had an incredible indoor season and I'm excited to see what she can do outdoors,” Sowa said. “It’s also really fun having her on my team now instead of having to compete against her like in high school.”

LeFever finished the indoor season with the second best long jump, second fastest 60 meter dash time and fourth fastest 200 time in all of NCAA Division III-- all marks that would have earned her All-American honors. She didn’t get a chance to compete in either a conference or national indoor meet due to the pandemic, but both of those events will return for the outdoor season, and LeFever said she is raring to go.

“I want to try and get some other records,” she said. “I know that the outdoor long jump is literally what I jumped indoor so that is definitely to my capabilities. And I think that the 100 is definitely a possibility and maybe the 200. Then make it to nationals and try to be an All-American.”

And this time she won’t be as surprised.