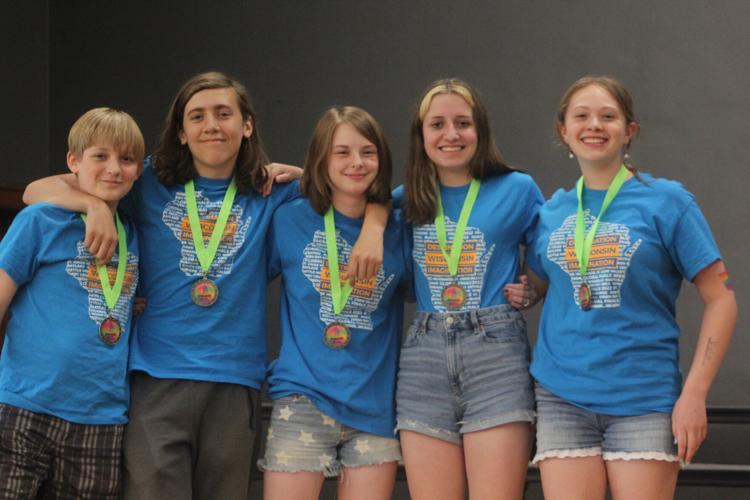 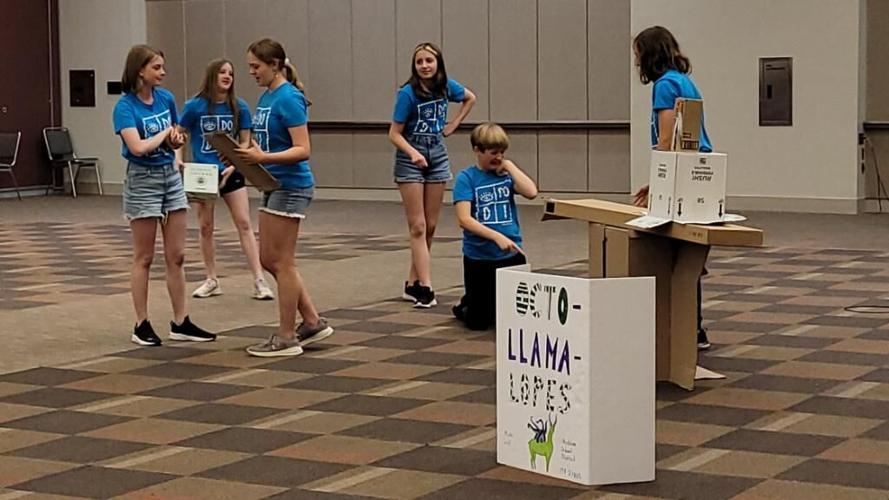 Hudson has a stellar reputation for sending teams to the Destination Imagination Global Final tournament. This year was no different.

Seven teams went to Kansas City on May 21-24,and one team came back with a first place title.

The key, Cesena said, was “you have to have fun with it.”

It seems that’s all this team ever does together.

The six of them have been friends forever. Though, they admitted, most of the practice time is spent just hanging out and playing Just Dance, they went into its season with a plan.

The Octollamalopes participated in the improv challenge throughout the season.

They studied the eight different festivals that consisted of this year’s improv theme: Festival Frenzy.

In each challenge, they had to incorporate whatever festival was thrown at them, but also complete a goal – all while during an improv performance.

At globals, their task in the improv skit, predetermined for them, was to help a stranger find something lost.

“You have to be super nice to each other so you don’t get teamwork points off,” Sundberg said.

There are lots of ways students are scored, and part of the overall score is how well the team collaborates and works together.

For this group, they’re dynamic consists of quite a bit of “playful banter,” Fox said. So sometimes that’s challenging.

During practices, the Octollamalopes came up with an outline. Each participant would fill the role of the blank script. For example, Cothran often played the narrator or tour guide, while Cesena would be selling things.

During the improv challenge, the team placed in the middle of the pack.

When it came to the instant challenge, the teamwork task is presented to the team and the quicker they finish the more points they earn.

This year, the Octollamalopes were faced with this: a large clock on the floor, with outlined boxes at each number. With the supplies provided, build structures about the height of the numbers you choose. For example, they could take pipe cleaners to build a 3 inch tower at the 3 o’clock box.

The score they earned during this challenge put them in first place and bumped them to fourth competing against 26 teams from all over the world.

The demographic of students at the tournament was wide, but one thing they all noticed was how many Texans were there.

Texas students don’t just love Destination Imagination more than any other extracurricular. The state requires the program in schools, so the competition is fierce and plentiful.

These Willow River students are not required to participate in Destination Imagination, and they have no intentions of stopping anytime soon.

“They knew what to do,” said Sarah Cothran, the Octollamalopes team leader. “They didn’t need a lot of guidance.”

One of the biggest ideals of Destination Imagination is hands-off adult leaders. All the ideas are generated and executed by the students.

Cothran, essentially, is just there to help them stay on task and provide a space to brainstorm, collaborate and practice.