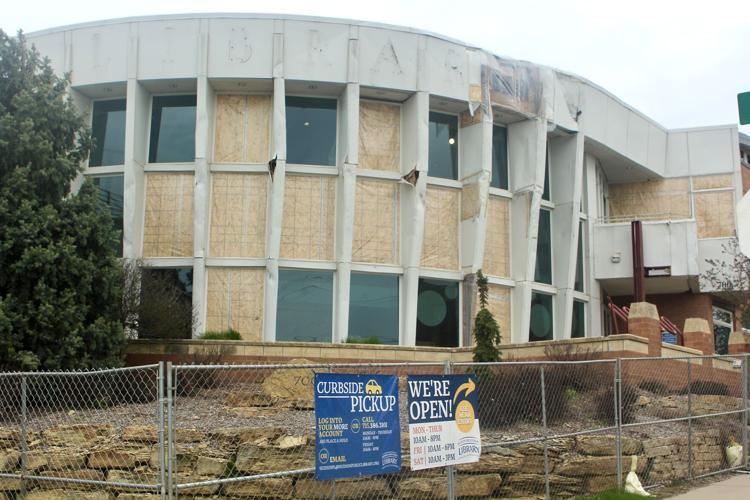 In September 2021, the Hudson Area Public Library was significantly damaged by a storm that rolled through the area. Repairs have been underway. 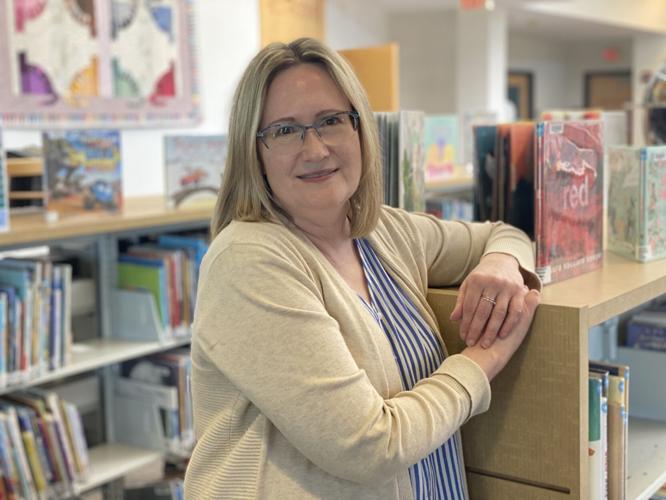 It all began 20 years ago when the Hudson Area Joint Library was formed to serve the residents of the city of Hudson, town of Hudson and village of North Hudson, with the town of St. Joseph joining shortly thereafter.

The goal written into the initial agreement was for the joint library to “substantially increase library funding.”

This seemingly well established plan went south 10 years in when the library couldn’t help but notice a drastic decline in its available funds. Roy Sjoberg, the board president at the time, and his board-appointed library steering committee sunk their teeth in to get to the bottom of the issue.

What they found was alarming.

The amount of lost revenue has varied from year to year, but the library has been denied it in full since.

The 2012 discovery found that the four joint library communities had been submitting paperwork incorrectly stating they had met the funding level required to exempt their local taxpayers from the county library tax.

The funding standard to qualify for exemption from county library tax serves as a safety net to ensure that libraries receive the necessary amount of funding.

The steering committee found the joint library was not receiving an adequate amount of funds required by state law.

Ten years earlier, in November 2002, when the St. Croix County Board voted to allow the establishment of the joint library, the Star-Observer reported on it.

Under state law, the reimbursement must be for at least 70 percent of costs incurred by the library. The county then reimburses the libraries for the cost of serving those residents.

The creation of the joint library impacted other St. Croix County libraries that had been receiving county reimbursements for materials check out by residents of the town of St. Joseph, the town of Hudson and the village of North Hudson. The residents of those municipalities became part of the joint library service area and other libraries providing services to those residents no longer qualified for that county reimbursement.

Instead, the joint library agreement required the Hudson Area Joint Library to reimburse in replacement of what the county had been providing.

“For all libraries, the county has a library tax levy. If a person lives outside the community that operates the library, but checks out a book from them, the county covers the cost for that book to be checked out,” County Administrator Ken Witt explained. “That is the whole library levy formula, and that includes funding we have sent to the Hudson Joint Library, for materials that have been checked out by anyone outside those four municipalities.”

If a resident of the village of North Hudson checks out five books from the New Richmond Public Library, instead of the county reimbursing the New Richmond library for those services, the joint library was required to do so.

“When the funding crisis exploded, the communities' governing boards voted to stop the payments in an effort to slow the bleeding,” Director of the Hudson Area Public Library Shelley Tougas said.

The lost funds were more than half of the library's revenue at the time.

“The leaders in those four communities, their hands were really tied, because at the same time, levy limits were getting stricter,” Tougas said. “They wanted to make it right with the library, but at the same time, the financial constraints were tremendous. They would have to deeply cut other services to fix this.”

The Wisconsin legislature intervened by enacting a new statute differentiating between municipal libraries and joint libraries.

Under the new legislation, municipalities of joint libraries could avoid funding the joint library at the otherwise state required standard level

“For the four municipalities of the joint library to avail themselves of this loophole, all they had to do was contribute to the joint library at least an amount equal to the average of their last three years of funding; even if those prior years would otherwise be below the state-required standard,” Sjoberg said.

Though the legislation helped communities in a lot of ways, it devastated the library, Tougas said.

The Hudson Area Public Library was never able to recover and neighboring libraries were harmed in the process as well.

“It got to a point where we could see,” Reeves said. It was now or never. About a year ago, significant efforts to enact a solution started at the municipal level.

City of Hudson staff and representatives talked with all necessary parties to make sure they could implement a sustainable solution.

Instead of each municipality levying money for the joint library, the levy would be done by the county.

Residents in the four municipalities that the library serves will see their city, town or village taxes go down and their county taxes go up.

“The amount will also be higher than what the local municipalities have been funding,” Witt said. “That is the whole idea, to get more money for the library. The local municipalities cannot raise their contribution because of levy limits. There is an exemption in the levy limit law for county library levies. We are utilizing a creative formula to leverage this exemption to the benefit of the Hudson library.”

This creative formula will allow the Hudson Area Public Library to return to serving its intended purposes of inspiring innovation and inspiration; engaging and connecting the community; supporting and encouraging lifelong learning; and providing access to information and resources.

It ensures that the library will receive the minimum funding required under the exemption law, though many municipalities in the area provide libraries above that minimum.

“We have a positive partnership and want to see that continue,” Reeves said about the joint library system.

COVID-19 proved just how important the library is to the community as a gathering place, he continued.

“You can’t have a city like this without a library,” Hudson Mayor Rich O’Connor said. “There are certain things that define a city; education, health care, quality of life. Part of that quality of life is a good library system.”

With this intergovernmental agreement up for a vote, it’s possible that the library will finally receive the funding it has so desperately needed over the last 10 years.

The St. Croix County Administration Committee met on May 14 and voted to send the agreement through to the board of supervisors with two contingencies: the Wisconsin Counties Association's attorney review the agreement; and that the village of North Hudson approves it.

The village of North Hudson was scheduled to vote on the agreement at a special meeting. In light of new information from the county, they will postpone that conversation until the board's regular meeting on June 7, at Village Hall, 400 Seventh Street N.

The outcome of that vote will be published on hudsonstarobserver.com following the meeting.

The county board is set to meet on June 7 to discuss and vote on the intergovernmental agreement.

Though they are not a signatory to the agreement, the library board endorsed the plan on May 17, officially signaling their endorsement.

The biggest catch to this plan is that it must be approved by each entity, annually.

With that in mind, the library has no intention of frivolous or big spending. Rather, the money they would receive from this agreement would be allocated to cushion future needs as well as increase the staff wages, which are so drastically behind.

In 2019, Hudson was able to pay its librarians only about $17 an hour, roughly $9 an hour under the average entry level pay for librarians in the Twin Cities.

“Politically, the library was a lightning rod for a very long time,” Tougas said.

Now, things have calmed down, she said. The leaders in all four communities have been showing the library support but just haven’t been able to back that with the dollars due to various constraints. They’ve been doing the best they can for their communities, Tougas said.

Now, hopefully, this agreement can be the support they’ve wanted to show.

‘We may not have a Hudson library': funding issue discussed at county

The Hudson Area Joint Library is in uncharted territory.

The Hudson Area Joint Library has been on the agenda of many area meetings over the last few months. There has been continued discussion on ho…