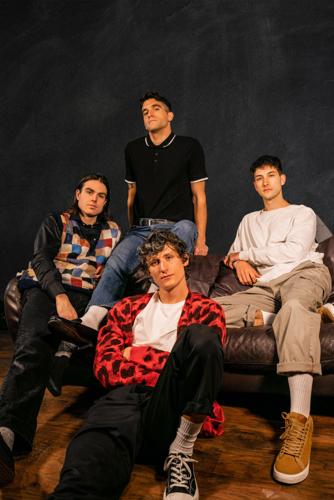 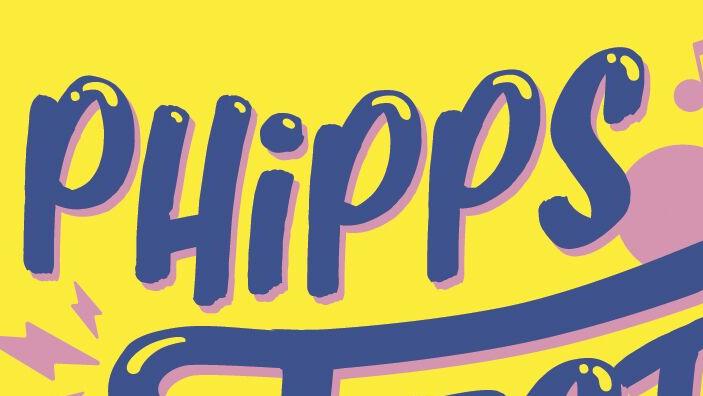 The Phipps Center for the Arts announced that the pop band Yam Haus will headline its summer festival, Phipps Fest, in August. A few of the band members are Hudson High School graduates and will be returning home for the benefit concert.

Though not their first time playing on a Hudson stage, this four-member group is excited to return home to the Lakefront Park bandshell as Yam Haus for the Phipps Center for the Arts annual Phipps Fest, Aug. 6.

Hudsonites may know three of them as Among Elephants, but lead vocalist Lars Pruitt, bassist Zach Beinlich and guitarist Seth Blum, along with Michigan native and drummer Jake Felstow, started Yam Haus in 2017, growing not just in membership but in talent over the years.

The four musicians came together as a band in the most official way possible – quitting their day jobs.

“I think we’ve all dreamed about doing this thing 100 percent since we were young, probably middle school or high school,” Felstow said. “I don’t think we ever knew it could actually be a reality.”

Felstow met the rest of the band in the Twin Cities, before they spent a few years in Hudson, getting the band off its feet.

Their story thus far has been anything but predictable.

In the beginning, one of the messages they heard was “to get where you wanna be, it’s going to take longer than you think,” Beinlich explained, which was something hard to believe at the moment. “I think we caught a lot of early breaks, right away.”

Felstow estimated the band played 124 shows in 2019. In the last five years, their best guess is they’ve done upwards of 400 shows, including playing First Avenue.

Then there were the pandemic years.

“I think I would tell myself ‘be prepared for, like, some of the most apocalyptic years you’re going to experience in modern history,’” Pruitt said. “I don’t know if I would have known what to do with that information.”

For the music and performance industry, COVID-19 was catastrophic.

“It’s weird to be trying to make music and art, commercially, in the midst of the state of the world right now,” Pruitt continued.

It was give and take for a while.

One of the band’s favorite aspects of their job, and one they’re proud of, is performing.

“Having that taken away from us was definitely like, ‘OK, well, what do we do now?’” Blum said. “So much of our industry collapsed and did not survive.”

Many venues, clubs and bands didn’t make it.

But Yam Haus did.

And they’re thankful for that.

“It’s pretty surreal, you have to pinch yourself everyday that you get to do it,” Felstow said.

Though the time was challenging, the group did what they could to make the best of the unconventional, unprecedented and unfortunate situation.

Blum, for one, began to invest more time into the behind the scenes details.

“I really started developing and actually exploring more production of music and songwriting,” he said. as well as recording and engineering and making music,” he said.

Without the pandemic clearing up his schedule, admittedly, he may not have done as much to invest in learning the recording, engineering and behind the scenes work of the music.

Keep your eyes, but particularly your ears, open for upcoming work that has been completely self-produced by the band.

For Pruitt, Beinlich and Blum, Hudson was ground zero for honing their musical skills.

“We were much worse at music the last time we played at the bandshell,” Pruitt admitted. “We have some funny stories of us just being bad musicians and super inexperienced.”

But they had to start somewhere. Between becoming contestants recently on “The American Song Contest,” hosted by Kelly Clarkson and Snoop Dogg, completing tours across the country and delving into their passion daily, the band is not slowing down.

Their 128,000 monthly listeners on Spotify on the up and up.

Their pop beats make for the perfect soundtrack to any moment.

Dance music? Try their newest, “Phoning It In.”

If you go to Phipps Fest

Drink tickets can be pre-purchased with a ticket. Look for the add-on during check-out. Bring your own lawn chairs. Food and drink vendors to be announced. No coolers, bikes or pets will be allowed.

In the early years of Yam Haus, Felstow joined his bandmates to experience life in Hudson. The St. Croix Valley was the backdrop to the early investment in their sound.

Today, Blum is the only one left living in town, yet Hudson is still home to Yam Haus in many ways.

Performing at the Phipps Fest might be just as exciting for Pruitt, Blum, Beinlich and Felstow as it is for the community, and they want to give Hudson the best show they know how to.

“We made it a personal vow this year to not play covers for a while,” Pruitt said. “For the longest time, we were saying yes to as many gigs as we could, and a lot of times that entails playing for promoters or buyers or audiences that would appreciate a couple of covers in the set.”

The band’s performance at Phipps Fest will be a chance for Hudson to meet Yam Haus – their sound, songs and character.

The animated, upbeat group of guys that makes up Yam Haus humbly invites their hometown community to join them as they headline Phipps Fest.