Opportunistic is probably an understatement when describing how the Hudson football team played in its 38-7 victory over Stevens Point Thursday night.

The Raiders forced eight turnovers, seven in the first half, as they jumped out to a 35-0 halftime lead on their way to improving to 2-0 on the season. 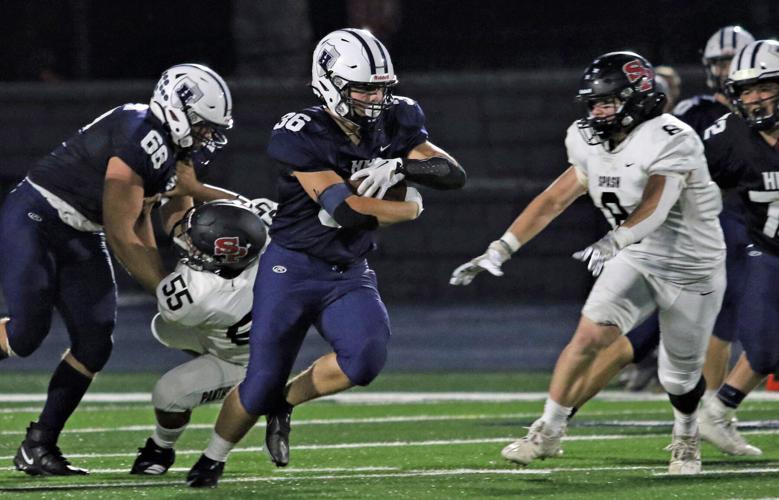 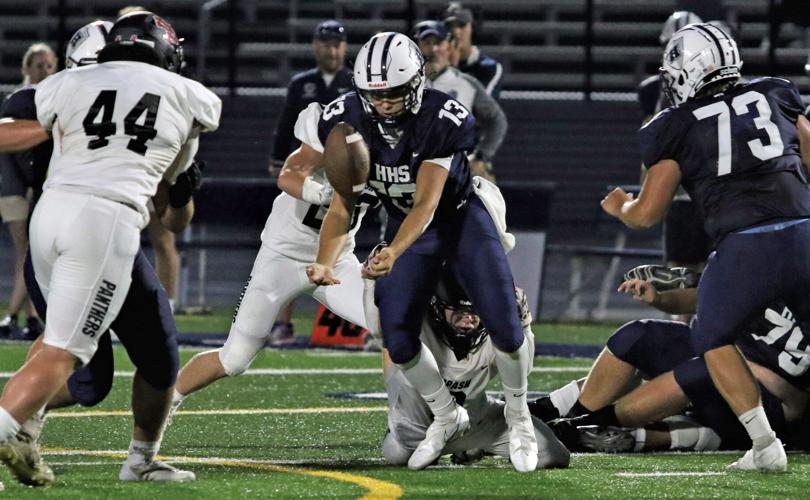 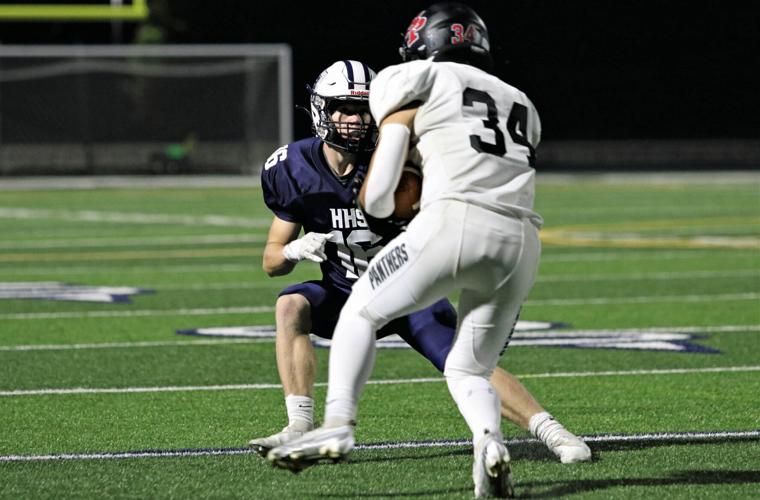 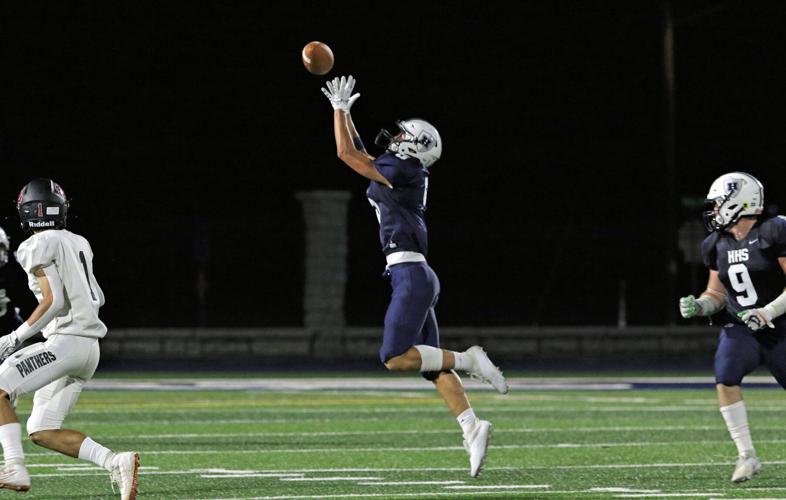 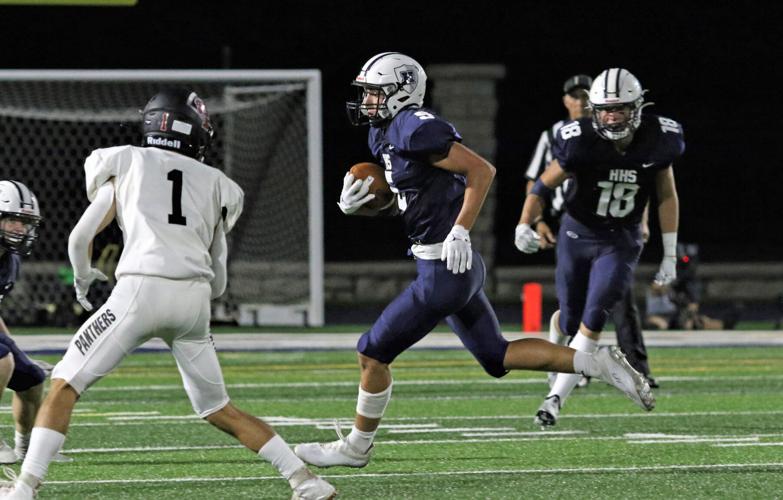 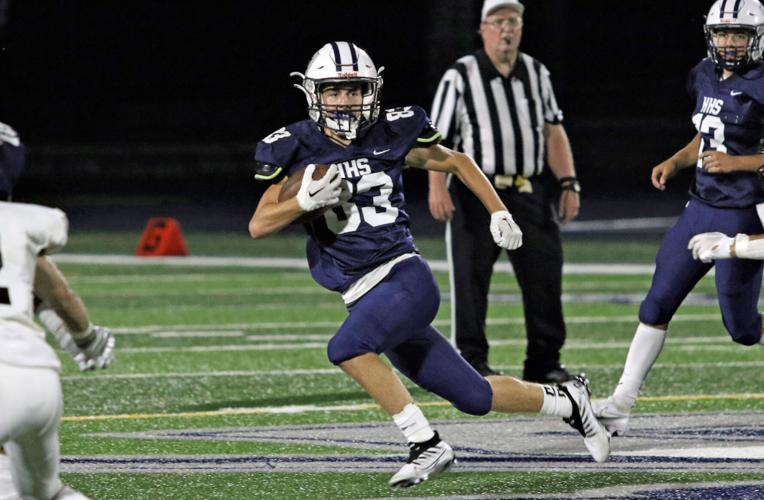 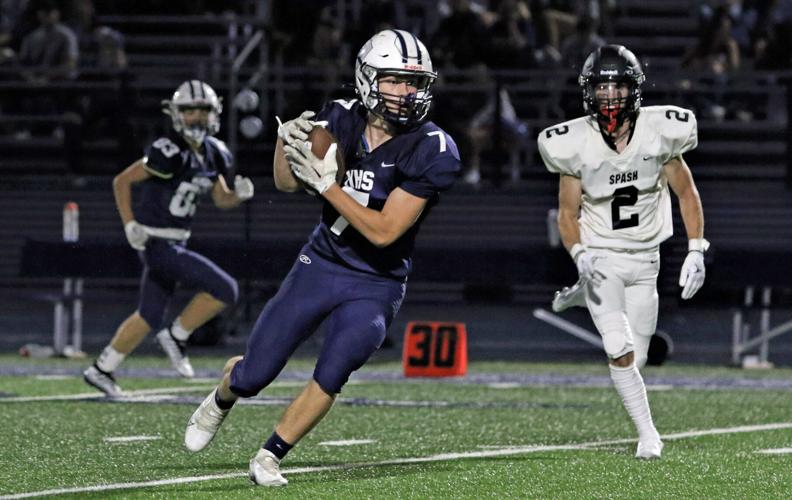 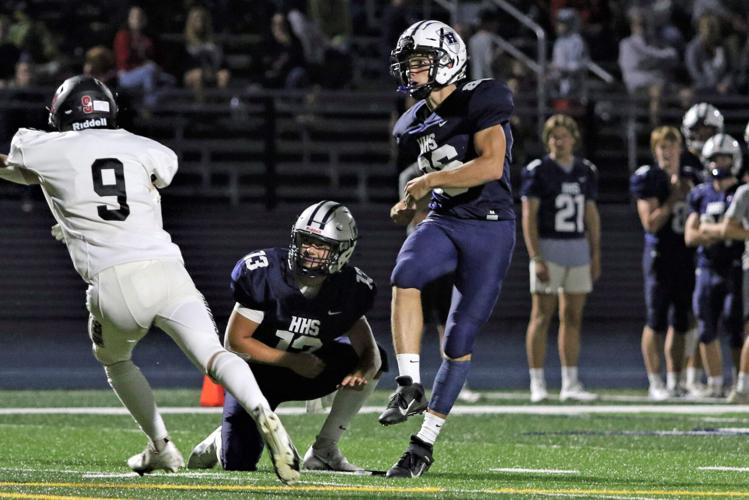 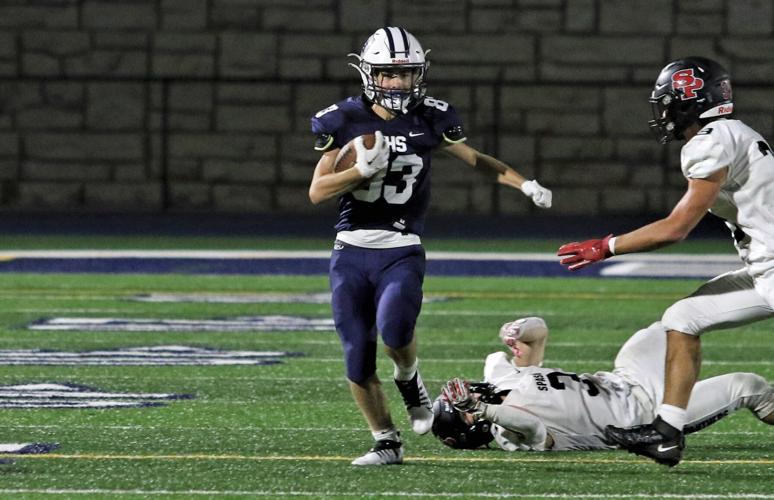 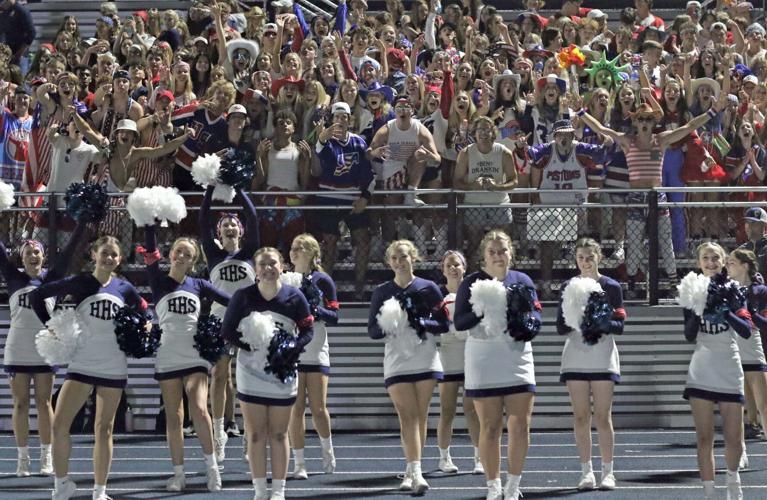 Defensive back Ben Healy accounted for four of Hudson’s seven interceptions and Riley Steltzner returned another for a touchdown to the delight of the home crowd in the Raiders’ first home game of the season.

“The guys really prepared well,” head coach Adam Kowles said. “We knew they were going to throw it around and our defense had a great game plan and jumped them and it worked out well. It was fun to watch.”

Three of Healy’s interceptions came in the first half before Steltzner picked off a pass and returned it 13 yards for a touchdown to make it a 35-0 game. Owen Gooder and Jack LaBlanc also had first half interceptions while Aiden Tepper-Engh recovered a fumble.

The Raider offense, meanwhile, took full advantage, beginning with an 11-yard touchdown run by Ross Yaeger early in the first quarter. Tyler Lessard hauled in a 44-yard touchdown pass from Rylan Schultz on the Raiders’ next possession before Jake Busson found Nathan Michaels for a 34-yard score to give Hudson a 21-0 first quarter lead.

Schultz scored on a 9-yard keeper midway through the second quarter before Steltzner’s interception just before halftime made it a 35-0 game.

Kowles said it was nice to see the Raiders score on two long passing plays.

“They’re safeties were playing downhill and if they do that, you gotta throw it over the top. And receivers really did a great job getting open,” he said. “I thought the O-line really played well in the run game, and in the pass game we had time to throw.”

Schultz completed all three of his pass attempts for 124 yards and a touchdown while Busson was 4-of-8 for 73 yards and a score.

Yaeger led a balanced Raider ground game with 59 yards on seven carries while Owen MacKinnon-Hutera ran for 52 yards on eight attempts. Hudson finished with 198 yards on the ground and 395 total.

Kicker Jack Strong was perfect on all five of his extra point attempts in the first half before nailing a 21-yard field goal in the third quarter to push the lead to 38-0. Stevens Point’s only score came on a 68-yard touchdown pass with 2:10 remaining.

Next up for Hudson is the Big Rivers Conference opener at Chippewa Falls Friday, Sept. 2. Chippewa Falls defeated D.C. Everest 35-21 Thursday night to improve to 2-0 on the season.

Kowles said while it's nice to start the season 2-0, the real work starts next week.

“Now it's gonna get tough,” he said. “Every week it's gonna be a grind and we’ve got to be ready. We're happy to get out 2-0 and all that, but the season really starts now.”