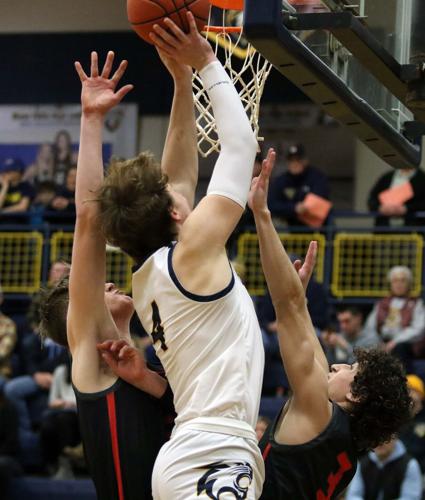 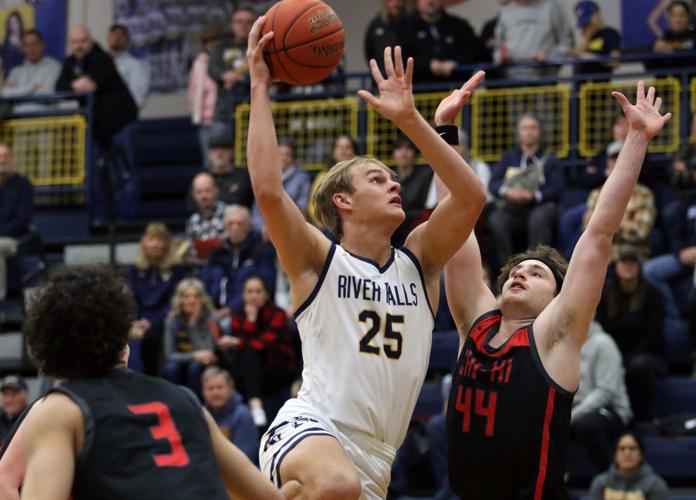 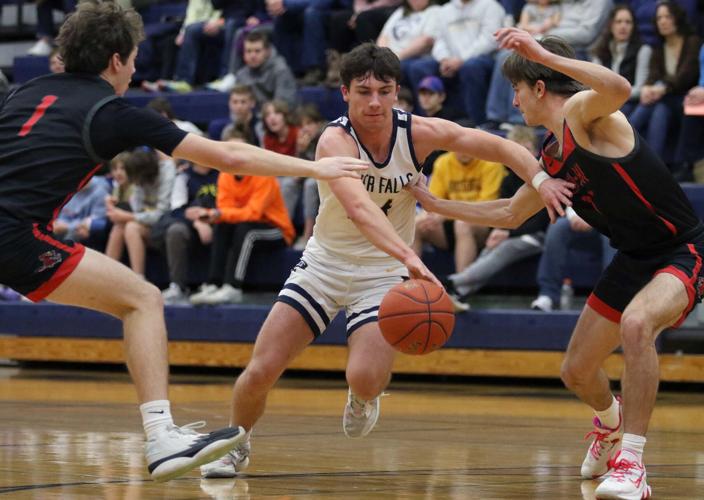 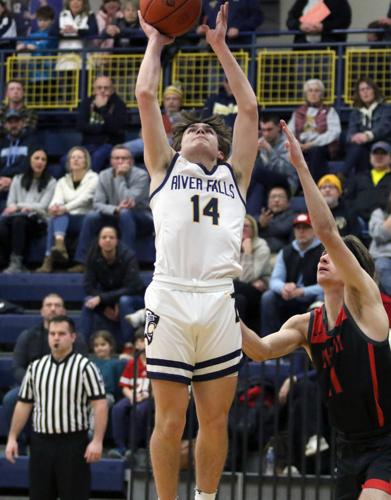 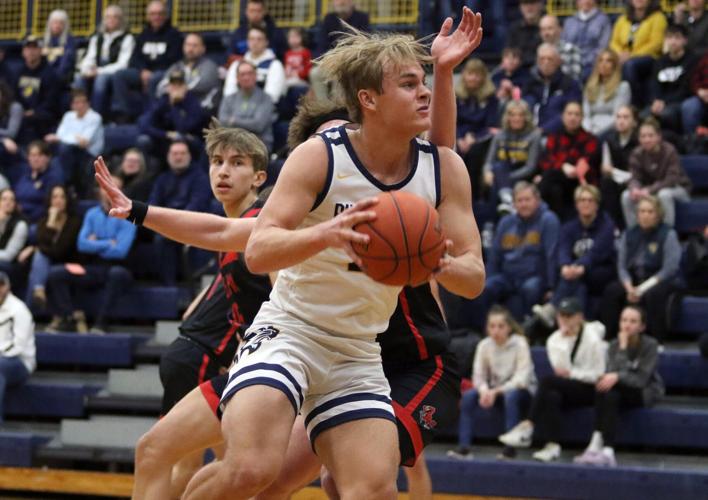 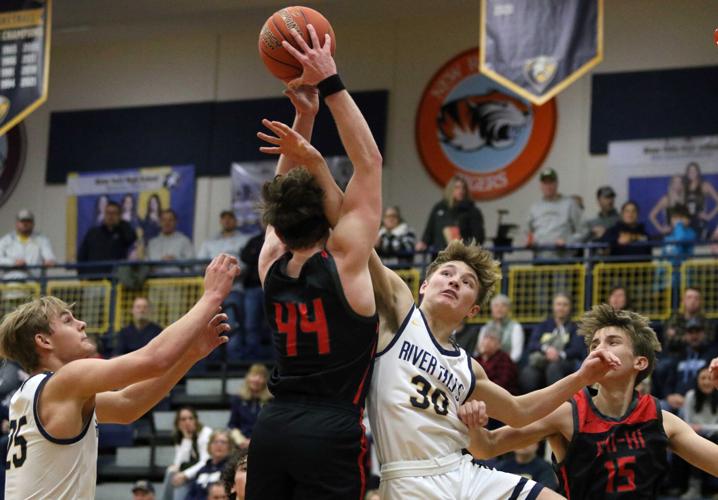 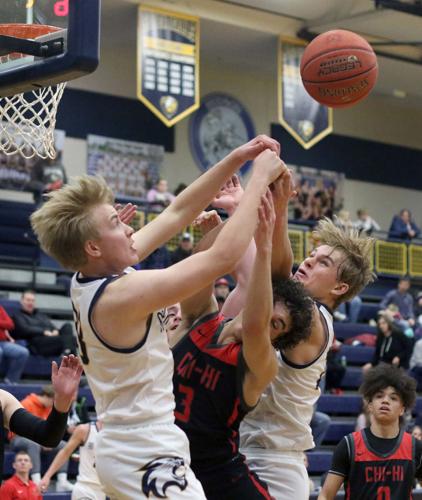 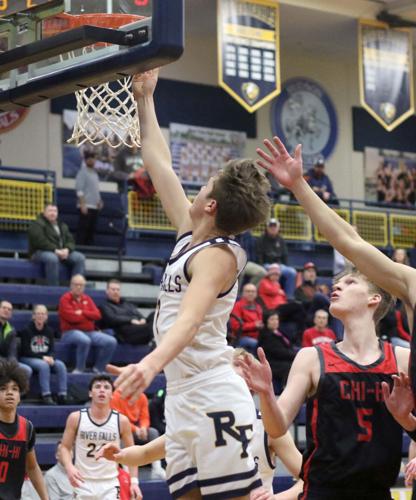 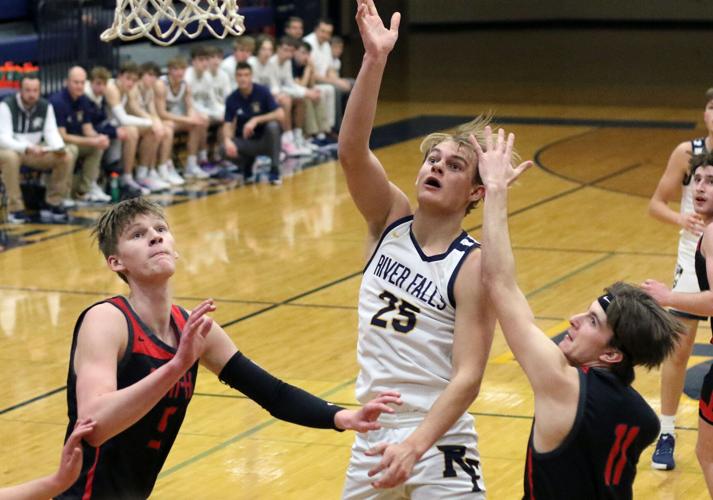 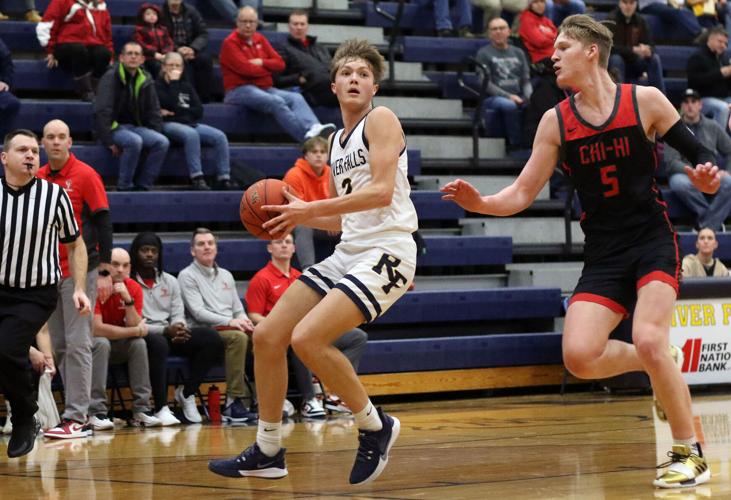 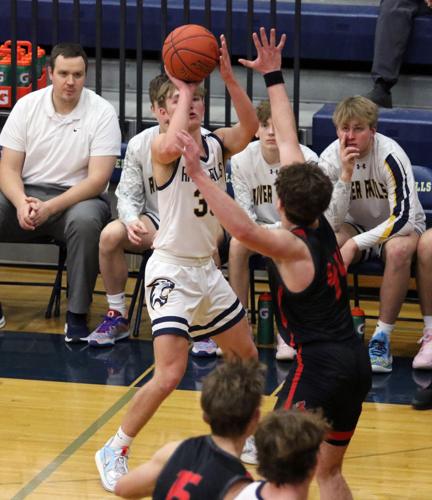 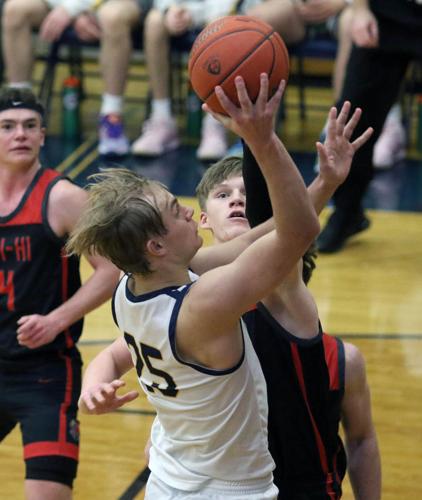 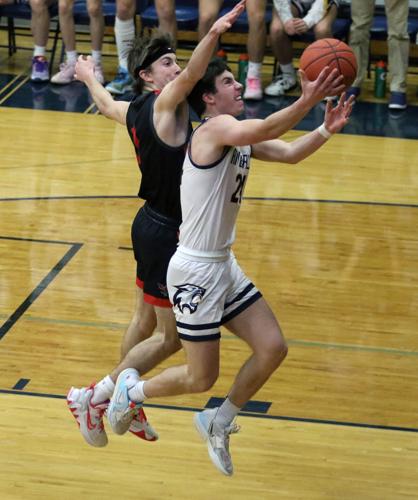 The Wildcats were clinging to a one-point lead with just under three minutes left when they missed a shot and Chippewa Falls got the rebound. But Butz picked the pocket of the Cardinal ball-handler at midcourt, took it in for a layup and was fouled. His ensuing free throw pushed the Wildcat lead to 53-49.

Following a Chippewa miss, Aidan Carufel hit two free throws and Butz followed with a layup to extend the River Falls lead to 57-49 with 1:50 remaining. Chippewa Falls got a 3-pointer at the 1:41 mark to cut the gap to five, but the Cats hit 10 straight free throws the rest of the way, including six by Butz, to seal the win.

Butz scored a team-high 19 points in the victory while Carufel finished with 17 points, five rebounds and four steals. Nate Gervais and Jonah Severson contributed 10 points each and Severson dished out a team-high four assists, while Eli Johnson pulled down 10 rebounds.

The Cats and Cardinals traded leads through most of the first half until Carufel hit a 3-pointer to put River Falls up for good, 29-26, with 3:45 remaining.

The Wildcat lead was seven, 35-28, at the break and Butz opened the second half with a 3-pointer to push it to ten, but the Cardinals got as close as one three times in the final 12 minutes, the last time 50-49 with just under three minutes remaining before Butz gave the Cats some breathing room with his steal and 3-point play.

River Falls finished with 10 3-pointers in the win, including four by Carufel, while outrebounding Chippewa 35-25.

River Falls improved to 11-4 overall, 5-3 in the BRC, while Chippewa Falls fell to 6-6, 4-3 in conference. The Wildcats will host Superior (9-4) in a nonconference game Monday night before returning to Big Rivers Conference play against Eau Claire Memorial (12-3, 7-1) Saturday night at home.