A husband should not have to write this obituary for his wife, the love of his life, the mother of three beautiful children. But here we are. The strength Anne showed during her long battle with cancer should inspire us. Her life will forever affect those of us fortunate to have known her.

Anne was born in Antigo, Wisconsin to parents Keith and Mary Jo (Bluma) Buchberger. She grew up with an older brother, Bryan, and a younger brother, Lucas. The Buchbergers moved on to Appleton, Wisconsin, where Anne would find a set of friends who would become like family – on Carpenter Street.

The creatively-named Carpenter Street Gang consisted of friends/neighbors Kevin, Joe, Jim, and John. Needing a female member, they somehow recruited Anne. Lasting friendships were forged on Carpenter Street. They hung out in basements together. They played mud football. They stuck together through junior high school, high school, college. Spouses and a second generation were added to the mix. And through it all they were loyal friends.

Anne graduated from Appleton East High School in 1997. That summer, she met this guy from Rhinelander, WI. When summer was over, she left for UW-La Crosse, and he for school in Montana. They started writing to each other, then calling and emailing, and eventually started dating. Long-distance relationships are difficult, and so, after a couple years we both decided to transfer to the University of Minnesota. Things went well in the Twin Cities. After graduation, we were married on January 3, 2003. We moved to Pierre, South Dakota. Anne worked in the South Dakota Highway Patrol office and part-time at a clothing store. We got a dog and had many adventures, but our hearts remained closer to home, so back to the Twin Cities area we went in late 2004. We bought our first house in North Hudson, Wisconsin in 2005. It needed a lot of work, but we worked together to make it a home. Our first child, Adella Daphne, came along in 2006. Anne started working part-time at the Stillwater Public Library and in 2008 was hired as Event Coordinator for the library. With busy careers and a precocious only child, it would be another eight years before child #2 arrived. Leopold Eastling was welcomed in 2014. Harrison Bernard completed the family of five in 2016. Anne retired from the library and became Operations Manager at Home in 2017.

Anne’s greatest love was for her children. She was simply meant to be a mom. She had instincts that are hard to explain – she always knew the right thing to do for her babies. She loved to read to them. She loved to teach them about everything and anything, and took great interest in their emerging interests even when they did not line up with hers. She could knit, sew, crochet, and quilt and enjoyed making things for the children. She loved winter, and made sure the family went skiing, sledding, and ice skating. She loved holidays and had decorations (and matching pillows) for every season. She loved animals and would often take the children to the zoo. Her love of animals became stronger as the years went by. She convinced me that the family needed 12 chickens, 10 turkeys, 5 goats, 3 cats, a dog, and a goose. These creatures could not be housed at a small corner lot in North Hudson. A cancer diagnosis has a way of accelerating timelines, so we pulled up roots and put them back down on Higher Ground near New Richmond. She loved everything about living in the country. She was happy knowing that her children would grow up knowing about these things she came to love.

I knew I was lucky to know her right from the start. She was interesting. She was smart. She had a wickedly funny streak. She listened to great music and read great books. She kept me in line when I got a crazy idea from time to time…and I did the same for her. We were perfect and imperfect for each other at the same time. Crazy in love and it just worked. There were some hard times, and there were many more wonderful times that will live on in my memory. And even though things didn’t work out the way anyone planned, and our great love has ended, and there are so many things left unsaid and unfinished, I will continue to be fortunate for having known her. Anne often lamented the fact that she would not get to be an old lady. She will be forever young. But her children will know her. They will remember her. Her guy will make sure of that.

A memorial service for Anne will be held on Sunday, November 14, 2021, from 1:00 to 3:00 PM at the Stillwater Public Library in Stillwater, MN. In lieu of flowers, a memorial fund has been established for the benefit of her three children: https://www.gofundme.com/f/anne-young-memorial?qid=be88d44b0ad18b01b9d7b652141e2ebe

Friends and family may offer condolences online at: https://create.epilogg.com/epilogg/view/2356 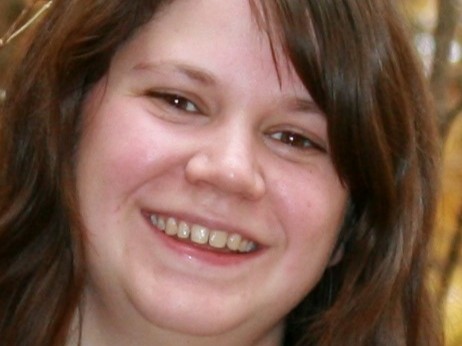