Arlyn was a friendly and familiar face in town. He was born March 30, 1933 to parents Kenneth and Alice (Baker) Benoy. He lived with his parents and brothers his whole childhood on the family farm. He attended Roberts High School. After graduation he farmed with his Dad, hauled beer for several years and later went on to start his own flooring business Arlyn’s Carpet Service. Arlyn also played drums in the band The Valley Boys. The band played in many dance halls and Arlyn’s favorites were Brenneman’s and The Red Rooster.

Arlyn’s love for dancing is how he meet his future wife, Sue Smith. They met at the Prom Ballroom in St. Paul, MN and have been dancing together ever since. Arlyn and Sue married November 17, 1962 and in their 59 years of marriage, they were blessed with 3 children. Being a Dad and Grandpa was one of Arlyn’s most cherished roles. They raised their children on Arlyn’s family farm also known to many as “Benoy Hill.”

Arlyn got along with everyone. He had the ability to sit down with a stranger and talk for hours. With his quick-witted personality, he was always telling jokes and trying to get a laugh. Many described him as the life of the party. He will be missed by all those who knew him. 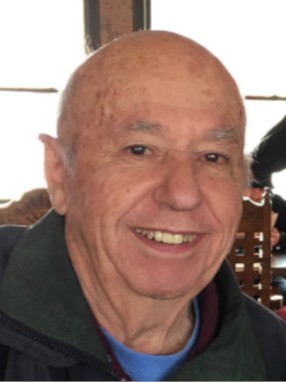