Betsey Ann Bodin, 88, of Las Vegas, NV and formerly of Hudson, died July 29 after a long battle with esophageal cancer. She was born February 10th 1933 in Chepachet, Rhode Island to Ethel and Clarence Williams. She grew up in Harrisville, RI and graduated in 1951 from Harrisville High School. A few years later she met a young U.S. Navy sailor named George Madson Jr from Hudson, WI and they married on Jan 8, 1955 in Pascoag, RI. Upon George’s discharge from the Navy, they moved to Hudson. Betsey held several jobs in Hudson to include secretarial positions at United Refrigeration and River City Wood Products before she became Deputy City Clerk for the City of Hudson, a position she held from 1972 to 1989.

George died of cancer in January 1982. In November 1983, Betsey married Robert “Bud” Bodin of East St Paul, MN. They lived in Hudson until 1989, when they both retired and moved to Ocala, FL. After Bud died in 2018, Betsey moved to Las Vegas, NV.

She was preceded in death by her parents, her first husband George and second husband Bud, two brothers Roger and Clarence Williams, five sisters Nancy Williams, Ethel Jarvis, Lillian Blanchard, Maybelle St Pierre and Gladys Ducharme, and one son Rick. Betsey was a direct 9th generation descendent of Roger Williams, the founder of Rhode Island and the Baptist faith in America.

In addition to knitting and crocheting, Betsey was an active athlete and sportswomen throughout her life. She enjoyed golf, softball, horse shoes, bowling, snowmobiling, deer hunting, BINGO, and numerous card games in her lifetime. She had 3 holes-in-one in golfing and numerous 500 and 600-series in league bowling. She looked forward to her annual trips to Las Vegas, and after retirement, her trips back to Hudson to visit family and friends.

Services will be held at a later date. Memorials can be made to Paws for Paul, a pet therapy program that is associated with the Nathan Adelson Hospice in Las Vegas. Donations can be made at nah.org. 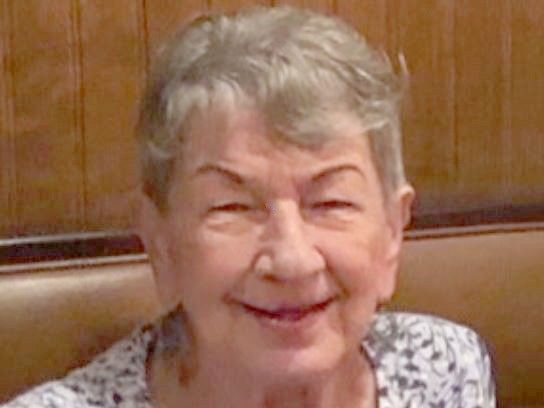