Christian was taken from us, quite suddenly and without the opportunity for hugs or goodbyes, on Saturday, January 7. Christian was an avid adventurer and he died while enjoying what we assume was an exhilarating flight near the North Carolina-Virginia border in a friend’s small plane.

Christian Rask Fauchald was born to Judy and Nils Fauchald on April 11, 1968 in Bellevue, WA. Nils, Judy, sister Trina, and “Chris,” as he was known into his early adulthood, relocated to Red Wing, Minnesota in 1971. When his parents divorced in 1975, Chris, Trina, and Judy moved to Hudson. Chris attended Hudson and Red Wing schools and graduated from Red Wing High School with the class of 1986.

Chris attended UW-Stout before pursuing a varied career in sales, IT recruiting, and management consulting services. These opportunities brought him to LeClaire, Iowa; Chicago; and, after several years, back to Hudson.

In 2016, Christian learned of the opportunity to purchase a large home within view of Albemarle Sound in the quaint town of Edenton, NC. With the assistance of a close friend, Chris loaded his earthly possessions into a rented truck and left Hudson for a new life in Edenton. After establishing himself in his home, shoring up several long-overdue maintenance issues, and tackling the overgrown landscaping, Christian became aware of a downtown Edenton restaurant space that was available for lease. Christian displayed his vision, drive, and nerve when he put most of his net worth on the line and worked long hours in order to transform an outdated and struggling Italian restaurant into a friendly, lively and successful sports bar that he would call Governor’s Pub.

Like many, Christian struggled with extended periods of misfortune and disappointment throughout his life. Yet he always impressed us with his positive outlook and happy demeanor. By all accounts, he was embraced by a wide circle of close friends in Edenton and had been fully accepted as a vital part of the community. Christian had also established a deep bond with his life partner, Karla. We know in our hearts that he had sorted out what was really important and that he had found a pure contentment. We are so proud of him and happy for him. We love and miss him so much.

The family will make public announcements regarding an opportunity to come together to celebrate Christian’s life at a Hudson-area venue in the near future. Please watch for specific information to be shared on social media. 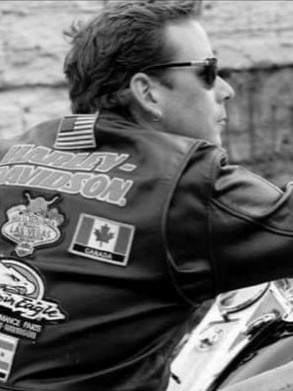