Daniel Jacob Cernohous, age 75, of Hudson, WI passed away suddenly while on vacation in Wisconsin Dells, WI on June 24th, 2021. Dan was born in River Falls, WI on February 19, 1946. He attended St. Bridget’s School until the 8th grade and subsequently graduated from River Falls High School in 1964. He married Doris Plonty in 1969. Together they had three mischievous and sometimes notorious boys; Jeff, Jeremy and Jason, that he loved unconditionally.

Dan was an incredibly hard worker and prolific volunteer. He was raised on a dairy farm in Mann Valley and worked it with his father Lawrence (Poodle) until he passed in 1980. Dan then took over the farm. He and the family operated between 60 – 100 dairy cows during a very difficult period for dairy farmers. Dan left farming in 1987, and subsequently worked as a school bus driver with the Hudson and Prescott School Districts for several years. He then joined 3M as a custodian, where he worked for more than 20 years until he retired. Throughout this time, Dan always had a side business going. For many years, he owned and operated Dry Run Lawn Mowing Service. This gave him the opportunity to “employ” his kids and grandkids and demonstrate to them the value of a hard work and the experience of satisfied customers. Even after retirement, he worked almost every day, mowing lawns, cleaning his son’s commercial facilities and volunteering for numerous community organizations. Whether it was as an usher at St. Bridget’s, working a youth bowling or basketball tournaments, as an officer in the Knights of Columbus or as a board member and advocate of the River Falls Food Pantry, he took tremendous pride in giving back to his community.

Dan loved people and never passed up an opportunity to strike up a conversation with them. He was known for leaning in close and telling stories that typically ended with his trademark explosive, gregarious laugh and knee slap that could be heard throughout the largest of venues. You always knew when Dan was in the building. Dan was an eternal optimist! His positive and hopeful attitude, even during the darkest and most challenging of times was nothing short of amazing. It is clear that his work ethic and character left a lasting impression on his family and community and we thank him for that contribution. In his free time, Dan enjoyed bowling, fishing, traveling with his family, and always supporting his beloved Green Bay Packers through decades of great, mediocre and sometimes disappointing seasons.

Dan was preceded in death by his parents, Lawrence and Marcella Cernohous; brother, Gerald Cernohous; and his beloved Pomeranian, Peek-a-Boo (“Peeky”). The family requests that memorials in Dan’s honor be directed to the River Falls Food Pantry.

A Mass of Christian Burial will be held on Tuesday, June 29, 2021 at 11:00AM at Saint Bridget Catholic Church (211 E Division St) in River Falls with a visitation starting one hour prior to the Mass at the church. A Visitation will also be held on Monday, June 28, 2021 from 4:00-7:00PM at Bakken-Young Funeral & Cremation Services (805 E Division St) in River Falls. Interment will be in Greenwood Cemetery in River Falls. Arrangements are with Bakken-Young Funeral & Cremation Services. 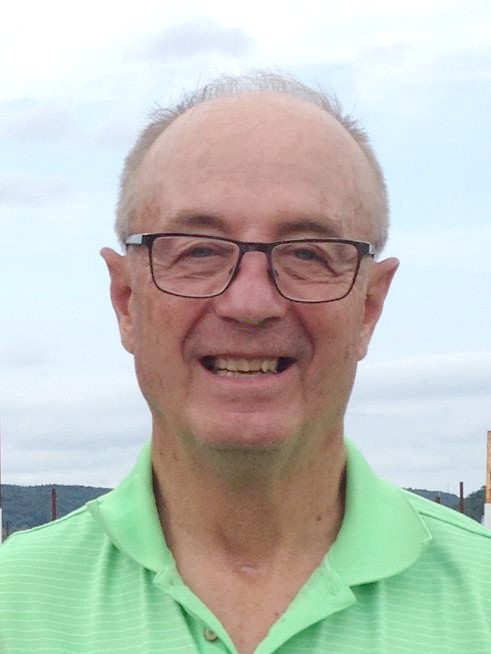