David Anthony Hall, age 37, of Hudson, passed away on December 20, 2022 at his home. He was born on October 16, 1985 in Stillwater, Minnesota to Michael and Annette (Thompson) Hall. He grew up in Hudson and graduated from Hudson High School in 2004.

In his early 20’s, he overcame testicular cancer and remained cancer free from then on. He attended St. Paul College and earned a Certificate for Welding. He joined the Boilermakers Union and worked as an apprentice in Minnesota and North Dakota. He also joined the Carpenters and Joiners Union where he learned additional skills. Later, he worked for several companies, including Norlake, holding many positions which included welding and forklift operating.

David’s favorite pastime was skateboarding. He enjoyed the company of his friends as often as he could and he cherished them dearly. He will be remembered fondly for his happy go lucky personality and tendency to do things his own way whether it was wise or not.

David will remain in the hearts of his mother, Annette Hall, and father, Michael Hall, siblings Stephen Hall and Jennifer Hall, niece and nephew, Keana and Ascher Hall, and other relatives and friends.

A memorial service for David will be planned for a future date. 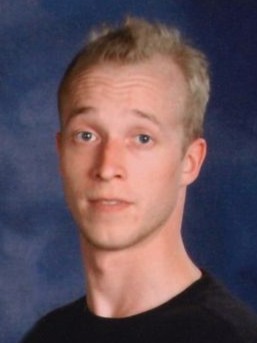