Duane R. Bonse, age 70, of Hudson, WI, passed away on January 3, 2023 at his home, following a courageous battle with cancer.

Duane was born on September 29, 1952 in Stillwater, MN to Lenard and Lorraine (Bahnemann) Bonse. He worked in several fields throughout his life and retired from 3M in 2018.

Duane loved his classic cars - taking special pride in building from the ground up his 1972 Chevy Nova. He also loved his 1959 Apache, taking both to many car shows and winning numerous awards. He appreciated his time spent outdoors deer hunting, fishing, and spending time at his land in Northern Wisconsin. Above everything, Duane deeply loved his family. He will be most remembered for the unconditional love for his wife, children, grandchildren, and great grandchildren. He said it often that he wouldn’t trade what he had for a million dollars. He had a loving heart and was a good friend to many. He was gracious with his advice (even if you didn’t necessarily ask for it) and on hot summer days, could often be found enjoying a chocolate malt from the Dairy Queen.

He was preceded in death by his parents; sister, Barb Sauro; and great-grandson, Lucas Richard Vitek.

There will be no official services per Wayne’s wishes. 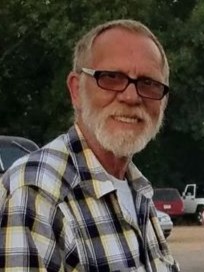