James LeRoy Jorgenson, age 81 of River Falls, WI, died on Saturday, October 30, 2021, at his home from complications of heart disease and diabetes. Jim was born the son of Axel and Effie (Gregerson) Jorgenson on September 8, 1940, in River Falls, WI. Jim grew up on a farm near Spring Valley, WI. He graduated from Spring Valley High School with the class of 1958. He enlisted in the Army at the age of 17. Jim served in Germany for 3 years. He was an airplane mechanic and made E5 faster than most because he was one of the few who could rebuild an L20 Beaver engine. He was married to Judy Slotvig on July 21, 1962. Jim returned home to farm the family farm after his father’s death and continued another 20 years. He also worked at the Spring Valley Feed Mill. Jim spent many years as a machinist with Capital Gear and Sewall Gear both in the Twin Cities. He was married to Judith Knott Hansen on October 4, 1998. He enjoyed hunting and fishing. Jim spent many hours riding his bike. He loved to dance, especially the Polka. He was very particular about fixing and maintaining equipment and could fix almost anything. He was skilled at building and making things from garages to furniture. Jim was a man of character, a true Patriot, and an excellent provider. He was an awesome Father, good teacher, and easily made friends everywhere he went. He is preceded in death by his parents, Axel and Effie Jorgenson; step-grandson, Kamren DeSmith; and former wife, Judy Jorgenson. Jim is survived by his wife, Judith Hansen Jorgenson; children, JoAnn (Nate) Place, Duane (Emily) Jorgenson; step-children, Mary (Kelvin) Erickson, Wendi (Tony) Klingler, Debbie (Dan) Watters, Dana DeSmith, Michael Hansen; foster son, Tom (Linda) Weber; grandchildren, Jaimie (Danny) Schnacky, Shaunie (Casey Thompson) Place, Tyler Jorgenson, Chelsea Jorgenson; 17 step-grandchildren; 3 grandchildren of the heart; great-grandchildren, Effie and Henry Schnacky, August and Evelyn Thompson; 13 step great-grandchildren; and many other relatives and friends. A Celebration of Jim’s Life will be held on Saturday, November 6, 2021, at 2 pm at Teens for Christ 538 Old State Highway 35 S, Hudson, WI. Visitation will also be on Saturday from 12-2 pm at Teens for Christ. Private interment will be in Gilman Lutheran Cemetery. In lieu of flowers, memorials are preferred. Arrangements are with Bakken-Young Funeral & Cremation Services. 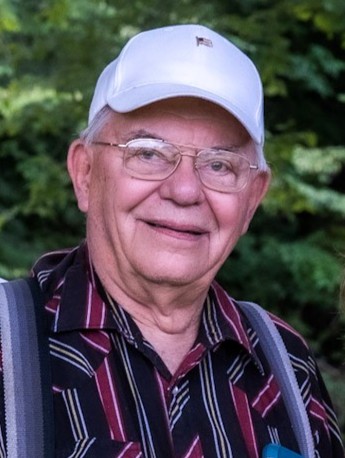