James W. Pratt, 78, of River Falls, WI, passed away peacefully on November 11, 2022, at the Comforts of Home, in River Falls, surrounded by his loving family.

Jim was born on March 15, 1944, to Ward and Elsie (Walser) Pratt at the Sioux Valley Hospital in Sioux Falls, SD. He attended Jefferson Elementary and graduated from Washington High School in Sioux Falls, SD, with the class of 1962.

Following his high school graduation, Jim was accepted to Macalester College in St. Paul, MN, and went to the University of Minnesota. He graduated with a Master’s and Doctorate in July of 1971. On June 6, 1983, he was united in marriage to Ila June Brown, and they would adopt two children, Andrew and Charles. As a result of his degree, Jim obtained a teaching position at the University of Wisconsin - River Falls, where he would become a professor and teach Marketing Communication. In 2018 Jim would become the first recipient to be recognized by the American Forensic Association for distinguished service to forensics, an award later renamed after him. He committed his life to serve others as a Former Director and Executive Secretary of the Twin Cities Forensics League, Executive Secretary International Listening Committee, Executive Secretary American Forensics Association, and Executive Secretary of YPSCA.

Jim enjoyed traveling, debating, and forensics, seeing music performances, art exhibits, and plays. Playing bridge and was into politics. He loved spending time with his sons. James and Ila traveled to Africa, adopted a village, and assisted them in preparing curriculum for the future. He was a great humanitarian, and his heart was full of life and love for others. He will be deeply missed by all who knew him.

Jim is survived by his wife of 39 years, Ila Brown-Pratt; sons, Andrew Brown-Pratt of River Falls, WI and Charles (Echo) Brown-Pratt of Shanghai, China; sister, Linda (Harry Miller) Owen of Oklahoma City, OK; along with several other nieces, nephews, cousins, and friends. He is preceded in death by his parents, Ward and Elise Pratt.

In lieu of flowers, memorials are preferred to the family. They will send them to the “James Ward Pratt Irrevocable Trust Scholarship.”

A Celebration of Life is being planned for April 2023 on campus at UW-River Falls. 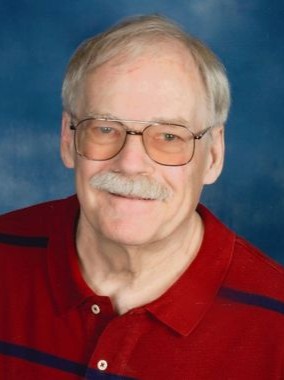