PROPHETSTOWN – Janet Mae Gay, 86, of Prophetstown, died on Saturday, August 7, 2021 at Allure of Prophetstown. Janet was born on April 6, 1934 in Ashland, WI, the daughter of Wilho and Alma (Martinson) Bloomquist. She married John T. Gay on September 11, 1954 in Ashland, WI. He predeceased her on November 7, 2014. Janet was a member of Village Point Church in Elk Grove Village, IL, where she stayed involved for many years. She loved her family very much, and always extended her heart to anyone in need of help.

Janet was preceded in death by her parents; husband John; one son, Mike Gay; 2 brothers; and 1 infant sister.

No services will be held. In honor of Janet’s wishes, her body was donated to medical science. Cremation rites will be accorded following her gift of study.   Online condolences may be made at www.mc donaldfuneralhomes.com 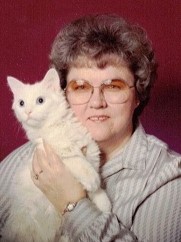