John William Feia, age 58, passed away unexpectedly January 9, 2023, surrounded by his family and loved ones. John was born August 20, 1964, in St. Paul, MN to Merle and Mary Feia. John was united in Marriage to his beloved Star (Stella) Castillo on August 15th, 1992.

John graduated from Hudson High School in Hudson, WI in 1982. During his time at HHH, he was known for his talent as a singer and performer and achieved great success as a member of the Hudson High School Wrestling Team as one of Hudson’s early State Wrestling Place Winners, having placed sixth at 126 lbs. his senior year. He entered his service to his country shortly after finishing high school, enlisting in the U.S Army in 1982 and honorably serving for the next three years at Ft. Bliss, TX. He worked several years for the MN Department of Transportation, and most recently the U.S Postal Service. John had recently completed his bachelor’s degree, graduating from the UW-River Falls, in Math and Computer Science.

John’s pride and joy was always his family and he loved spending time with them, especially at the family cabin in Minong, WI. He was an avid Minnesota sports fan and followed his favorites - the Twins and Vikings closely. John was a generous person with a quick wit and kind heart that quickly endeared him to those around him, be it family, an old friend or someone he just met. He will be greatly missed by all those that knew him.

John is survived by his wife Star (Stella) Feia and 3 Children: Pilar, Jenny and Carlos, as well as 12 grandchildren and 6 great-grandchildren, his mother Mary Feia, and six siblings; Joe Feia, Lon Feia, Cherie (Williams) Feia, Merle (Bud) Feia, Sue (Condon) Feia and Dan Feia, as well as many brother and sisters-in-law and nieces and nephews. He is preceded in death by his father, Merle Feia and maternal and paternal grandparents.

Mass of Christian Burial will be held at 11:00 a.m. on Thursday, January 19, 2023 at St. Patrick Catholic Church, 1500 Vine St., Hudson with a visitation one hour prior to Mass at church. Interment at Ft. Snelling National Cemetery. 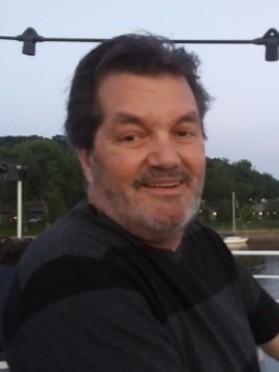