She was born on January 1, 1938, in Forest River, North Dakota to Sigwald and Loretta (Meade) Roe. After working at the Dowd Reliance Insurance Agency for more than 25 years, she kept busy in retirement. Joann loved spending time with her family and friends. She could be found volunteering many places- Hillside Elementary, where she was known as “Grandma Jo”, helping with monthly activities at Deerfield, Westfield’s Gift Shop, and helping prepare funeral luncheons at Immaculate Conception Catholic Church.

Mass of Christian Burial at 12 PM on Saturday October 30, 2021, at the Immaculate Conception Catholic Church in New Richmond, Wisconsin. Visitation for 2 hours prior to Mass at the Church. 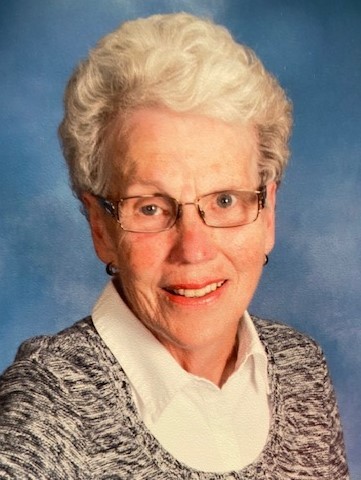