Lamberdina “Berdine” Krupa, age 72 of Hudson, died peacefully on June 5, 2021 at the Comforts of Home Assisted Living in Hudson, following a long battle with Alzheimer’s disease.

Berdine was born on September 4, 1948 in Calvinia, South Africa to Willem “Willie” and Petronella “Nellie” (Burden) Burger. She grew up in South Africa where she earned a Nursing degree from the Universitas Hospital in Bloemfontein, South Africa. Berdine was blessed with two children from a previous marriage, before being united in marriage to Zbigniew “Ziggy” Krupa on December 23, 1982 in Ermelo, South Africa. Together, the couple was blessed with two children and the family immigrated to the Chicago area in 1995. Berdine worked as an accountant with Stanley Access Technologies and later Caterpillar. In retirement, Berdine and Ziggy moved to Poland. Later, Berdine was diagnosed with Alzheimer’s disease and moved to the Hudson area to be by family and for care.

Berdine loved her family and though they were often spread across the globe, truly enjoyed learning what her children and grandchildren had going on in their lives, as they were always on her heart. She was fond of going dancing with Ziggy and socializing with her friends. Berdine was a talented painter and delighted in filling canvases with landscapes and nature scenes. She held a firm belief in God, enjoyed working on jigsaw puzzles, sewing, cooking and baking, being around animals, watching baseball, and relished in the sights and sounds of spending time in nature. Berdine had a quiet, loving, selfless nature, and delighted family and friends with her unique sense of humor. She will be dearly missed by her loved ones, who celebrate the fact that she is at peace with her creator.

Berdine will remain in the hearts of her husband of 38 years, Ziggy; daughters Ronel (Antoon), Christelle (Adam), Genevieve (Todd), Melande (Neil); grandchildren Jean, Roan, Leelah, Elise; sister Johanna. She is preceded in death by her parents and granddaughter Mariska.

A memorial mass for Berdine will be held at 1:00 p.m. on Friday, July 23, 2021 at St. Patrick Catholic Church, 1500 Vine St., Hudson, WI. A gathering of family and friends will be held one hour prior to the service at the church. In lieu of flowers, memorials please consider a donation to Alzheimer’s research.

A special thank you to the Comforts of Home Assisted Living and St. Croix Hospice staff for the support, comfort, and care provided to Berdine and family the last few years. 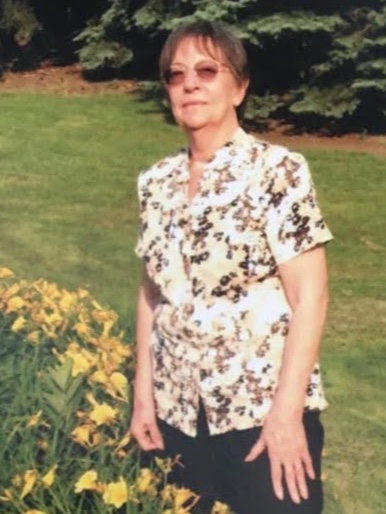