Leonard “Len” Nelson age 88, of Hudson, passed away on May 5, 2021 at the Westfields Hospital in New Richmond. Len was born on July 18, 1932 to parents Oscar and Marion (Vernig) Nelson. He attended Patrick Henry High School in Minneapolis and after his graduation he enlisted in the United States Army where he proudly served his country in the Korean War. Upon his return from his service he continued his education at the University of Minnesota. He was united in marriage to the love of his life, Barbara Welch, on May 26, 1956 and they were blessed with four children.

Len worked for various grocery stores and was know in Hudson as the other half of Dick and Len’s Red Owl Grocery store. He dedicated 10 years there before retiring in 1990. Being a hard worker his entire life he soon got bored of retirement and started Len’s Family Food in Stillwater, which he owned for the last 30 years. Len was also a member of the St. Johns Masonic Lodge for 40 years. Some of Len’s favorite things to do was reading and watching old movies, but what he truly loved most was being with his family and playing games with his grandchildren. They meant the world to him. He will be missed greatly by his wife Barbara; children Kevin (Tammie) Nelson, Melody (David) Hoffman, Holly Hale, and Len (Carla) Nelson; 11 grandchildren; 16 great grandchildren; brother Charles Nelson and many other family members and friends. He is preceded in death by his parents

A service for Len will be on Monday, May 10, 2021 at O’Connell Family Funeral Home in Hudson. Visitation will be from 10am to 11am with a service starting at 11am. See funeral home website for livestream link for his service. 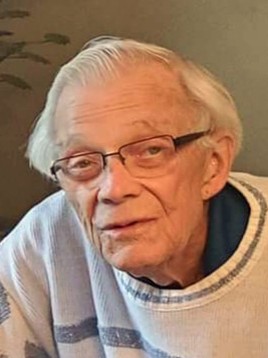