Mabel June Schmeck, age 84, of Hudson, WI, passed away peacefully on September 4, 2022, at the Comforts of Home-Lodge in River Falls, WI, surrounded by her loving family.

Mabel was born on January 12, 1938, to Charles and Gertrude (Yoder) Deal in Hudson, WI. She attended school in Hudson and graduated class of 1956. She grew up and remained a lifelong member of the Hudson Community. On June 2, 1956, she was united in marriage to Roger Norelius, that union that would be blessed with three sons: Roger, Michael, and Rick. Their marriage would later dissolve in 1978. On June 28, 1986, she married Siegfried Schmeck and remained with him until he died in 1995.

Mabel was an old-fashioned housewife and enjoyed cleaning the house and cooking. She also liked working outside in her flower garden. What she loved most was taking great care of her family and others. She worked for many years as a nursing assistant at the Hudson Hospital. Mabel will be dearly missed by all who knew her.

Mabel is survived by her children, Roger (Tammy) Norelius and Michael (Amy) Norelius; her grandchildren: Jennifer Taylor, Jodell (Randy) Johnson, James (Cate) Norelius; 10 great-grandchildren along with several other family members and friends. She is preceded in death by her husband, Siegfried; her son, Rick; daughter-in-law, Penny; granddaughter, Jessica; her five brothers and one sister. 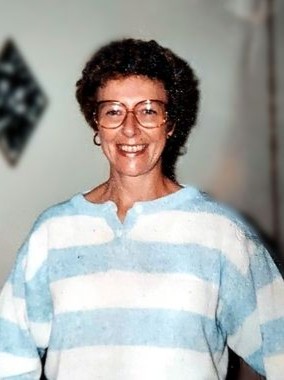