Marian J. Mickschl, age 90, of Hudson, WI, passed away on October 20, 2021 at her home in Hudson, surrounded by family. Marian was born on April 25, 1931 in LaCrosse, WI to Louis and Helen (Sackmaster) Bantle. She attended school at Holy Trinity in LaCrosse, and graduated from Aquinas High School, the class of 1950. After school, she began working at LaCrosse Telephone Company as a telephone operator, until September 8, 1951, when she was united in marriage to Lyle Mickschl. After being blessed with three sons, and a daughter their family moved to Michigan, the family later settled in Hudson, WI. They were blessed with one more son. Marian enjoyed ice skating, roller skating, bowling and being outdoors fishing and camping with her family.  When Lyle retired in 1991, they took a month long trip to Australia and New Zealand, creating many lasting memories along the way. Above everything, her family was her greatest passion – being present for every sporting event or school activity they had. She is survived by her husband, Lyle; children: Gerald (Jean), James, Debra (Glen) Hartman, John, and Ron (Lori); grandchildren: Kevin Hartman, Cassandra (Aaron) Smith, Keaton Hartman, Karrington Richardson, Abigail Mickschl, and Ashley Mickschl; great-grandchildren: James Hartman, Everlee Smith, Alayah Hartman, and Logan Hartman; sister, Diane Worman; niece Sue Mickschl many nieces, nephews, and friends. She is preceded in death by her parents; and sister, Joan McPhetres. Mass of Christian Burial will be held on October 29th at 2 pm at St. Patricks Catholic Church, 1500 Vine St., Hudson with a visitation held one hour prior to the Mass at church. Interment at Asbury Cemetery in LaCrosse at a later date. 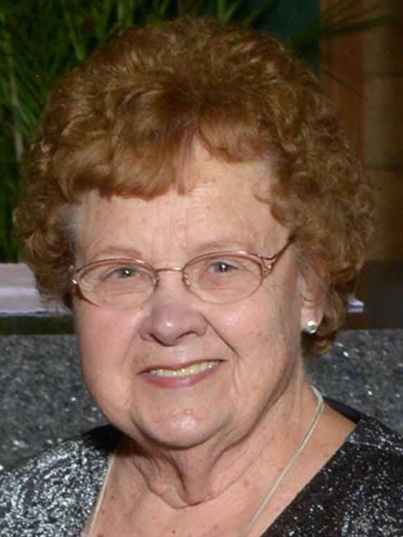