Richard Inlow, age 90 of Hudson, WI passed away on September 15, 2021 at Comforts of Home in Hudson. Richard was born on November 8, 1931 to parents Wayne and Ingaborg (Miller) Inlow in North Minneapolis. As a boy and teenager Richard loved skiing, camping, and model plane building. He was also a good chip carver, a craft he developed until meeting the love of his life and high school sweetheart, Irene Rose Fredrickson. Richard joined the Air Force in 1951, and later that year he and Irene would be married on December 29, 1951. They would be blessed with 69 years of marriage and three sons.

After his four years of service, Richard attended trade school in Minneapolis for watch making. A few years later Richard began working for Honeywell as a technician, he worked on laser guidance systems for the Apollo Space Mission, work that took him to Houston for several launches.

Richard and his family moved to Hudson in 1970 and opened Inlow Designs Jewelers, which they owned for 48 years. It was Richard’s faith, love of his family and deep love of Jesus Christ, that exceeded all of his crafts.

In the 1970’s, Richard became a Gideon. He spent many hours distributing bibles on school campuses, in hotels, hospitals, and jails. He would regularly share the message of the Gideons in churches across western Wisconsin. His message would always begin with Romans 1:16, “For I am not ashamed of the gospel of Christ…,” include Isaiah 55:11, “So shall My word be that goes forth from My mouth; It shall not return to Me void…,” and conclude with Mark 16:15 “Go into all the world and preach the gospel to every creature.”

Richard and Irene lived full and good lives together. They were very proud of their three sons and 11 grandkids. They were enjoyed traveling the states in their old camper, and to Europe several times and a mission trip to Trinidad

A funeral service honoring his life will be on Tuesday, September 21, 2021 at Harvestime Outreach Church in Hudson. The visitation will be from 10-11am with service starting at 11am. Memorials are preferred to the discretion of the family. 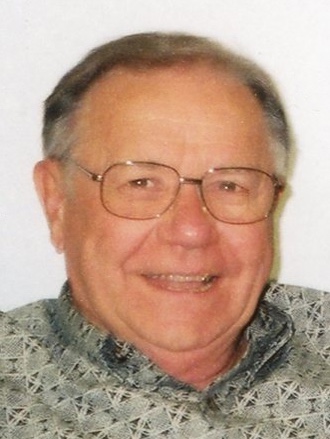