Roberta (Bobbi) Drewiske, Virginia Beach, passed away November 10th, 2021 surrounded by her family.  Bobbi was born on November 17, 1957 in River Falls, Wisconsin, daughter of Robert and Edna (Schulte) Dusek. She attended St. Bridget Catholic Grade School, and graduated from River Falls High School in 1975, where she participated in choir, band, drama productions, and yearbook staff. Bobbi was also very active and had many friends in Mann Valley 4-H club, pursuing her interests in music, drama, and public speaking. She continued in 4-H Leadership activities while in high school and college, and eventually worked as an intern at the Pierce County Extension office, and as a Program Coordinator at the National 4-H Center in Washington, DC during the spring of 1980.  Bobbi attended the University of Wisconsin-River Falls, where she earned a Bachelor of Science Degree in Communications and Music in 1979. While at UW-RF, she participated in various theatrical productions and St. Croix Valley Summer Theatre. She was a member of the Concert Choir for 4 years and toured with them each spring, including Manitoba in 1977 and Japan and Taiwan in 1978.  In 1980, Bobbi married her high school sweetheart, James Drewiske of Ellsworth, WI, and worked in customer service training in the Twin Cities. They resided in South St. Paul and Inver Grove Heights, MN, where their 3 children were born.  Jim’s career in the US Navy brought the family to Virginia Beach, VA in 1990, where Jim and Bobbi made many wonderful friends through their involvement in church and their children’s school, scouts, and sports organizations.  The family spent 1996-98 in Beaufort, SC, on a Navy transfer, then returned to Virginia Beach. Bobbi continued to work in learning and development, retiring in 2016. She was blessed with many enduring friendships from those years.  She held her faith central in her life, and dearly loved her church family at the Catholic Church of St. Mark, spending many happy hours in faith sharing groups and social justice activities including RCIA, the parish food pantry and Catholic Worker.  Bobbi loved traveling; she and Jim visited over 20 states and 15 countries during their 41 year marriage. Her greatest joy was spending time with her 8 beautiful grandchildren.  Bobbi is survived by her beloved husband and best friend, Jim, of Virginia Beach, children Emily (James Douglas) of Virginia Beach; Jeff (Katie Gieselman) of Chesapeake; and Aaron (Jennifer Gathmann) of Ashburn, VA; grandchildren Connor Douglas, Andrew Douglas,  Francis Drewiske, Lucia Drewiske, Rose Drewiske, Benedict Drewiske, Melanie Drewiske, and Margo Drewiske.  She is also survived by 5 sisters Darlene (Noel) Schraufnagel of Columbus GA; Shirley (George) Berger of Stevens Point, WI; Elaine (Lawrence) Baumann of River Falls, WI; Kathleen (Lou) Williamson of Amery, WI; Robin (Thomas) Dusek, Aurora, IL.  She was preceded in death by her parents, her brother Phil Dusek of Aurora, Illinois, and sister Mary Kliszcz of River Falls, WI.  In lieu of flowers, please plant a tree or consider a memorial donation to one of these organizations that were close to Bobbi’s heart: St. Mark Food Pantry or Justice and Peace, 1505 Kempsville Rd., Virginia Beach VA 23464, St. Matthew’s Catholic School; 3316  Sandra Lane, Virginia Beach VA 23464, or Norfolk Catholic Worker; 1321 W 38th St. Norfolk VA 23508.  A Visitation and Mass of Christian Burial with Inurnment was held at the Catholic Church of St. Mark on November 19th, 2021. 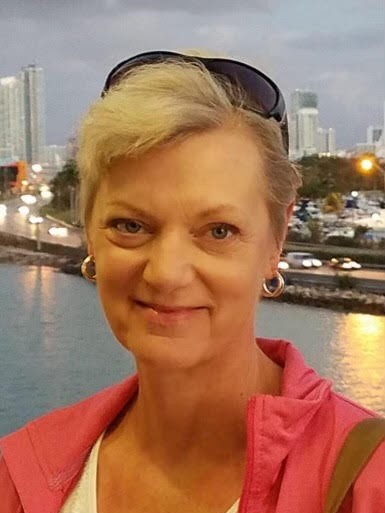