Sarah Marie Conceta Lyksett, 97, Hudson, WI, passed away in the early hours of July 1, 2021, at the Hammond Health Services in Hammond, WI.

Sarah Conceta Scuillo was born Jan. 5, 1924, in Washburn, WI, to Antonia and Sabatino and Antonia (DeNucci) Scuillo, the fourth child in a blended family that included brothers George and John and sister Betty. In 1929 Sam moved the family to work in the railroad shops in North Hudson, where sister Lorraine joined the family. A couple years later Sabatino moved the family to Cumberland after buying a farm. While living in Cumberland Sarah and her siblings attended a one-room school, and the family welcomed another daughter, Mary Jane (Janea).

When Sarah entered seventh-grade, Sabatino moved the family back to North Hudson when he bought a farm. Sarah took the name “Marie” at confirmation and continued to use it as her middle name throughout her life. (She’d been teased about her original middle name by classmates. She later said she regretted that decision: Conceta was a beautiful name, she said, the name of her father’s mother.)

Sarah graduated from St. Patrick’s Grade School in 1938 and from Hudson High School in 1942. She was a cheerleader during her senior year, forging her father’s signature on the permission slips because Sabatino didn’t understand the idea of a “cheerleader.” She lettered in cheerleading and was pictured in the 1942 yearbook. She also worked during high school, cleaning a couple days a week “for a nice lady who lived on Second and St. Croix streets.” During the summers she babysat three young boys on a farm in River Falls, staying there during the week and coming home on weekends.

After graduation, Sarah left for Chippewa Falls to work in the war industry. (“My Dad gave me $5.00 and a pass since we traveled free on the railroad.”) In spring 1943 Sarah and a friend moved to Chicago, took civil service exams and went to work in the Merchandise Mart in the savings bond department. They shared an apartment on Michigan Avenue.

In the spring of 1943, Sarah learned that the local boys from the 32nd Division were returning home from the war in New Guinea. “I decided to go home,” she said. “I told them I was going to marry the first guy off the train. Dan was the second!” They met, dated, and on Jan. 5, 1945, Dan called from his duty station and proposed marriage. They married on Jan. 27, 1945, during Dan’s two-week furlough, borrowing Sarah’s father’s car so they could honeymoon in the Twin Cities.

The Army sent Dan to Chicago, so Sarah moved in with his parents and took an office job at the United Refrigerator plant in Hudson. When Dan was discharged, they moved into a little house overlooking Lake Mallaliue. Dan took a job, Sarah quit hers and “felt like ‘Queen Elizabeth’ keeping house there. (But) no hot water or refrigerator at first.”

Daughter Jean was born Dec. 30, 1945, followed by daughter Susan on June 17, 1947. When son Daniel Jr., was born Sept. 19, 1952, the little house began to get smaller, so in summer 1953 they bought a house on 517 Walnut St. When son Daniel was 2, Sarah took a part-time job as a nurse’s aide in the new Hudson Hospital, and when he started school she went to work full-time as a proofreader at West Publishing in St. Paul, Minn., her primary job until she retired.

In this way Sarah was a pioneer, helping anchor a two-income home in a time it was uncommon. Dan was by now working second-shift for the railroad, and Sarah worked during the day. They managed to both provide for and raise a happy family, even when it wasn’t particularly easy. “We wrote a lot of notes,” she said.

Dan and Sarah lived in the Walnut Street home until the 1970s, selling it to their daughter Jean and her husband, Larry Benoy. They bought the house at 130 Ninth St, which they turned into a warm and welcoming grandparents’ kingdom. After retirement Sarah and Dan enjoyed trips to baseball parks and Las Vegas, but mostly focused on their family. She loved to cook meals for her loved ones, from simple chicken soup to classic Italian banquets. She joyed in sharing her recipes for stuffed shells and meatballs. As her family grew, it didn’t matter how it grew, whether by marriages, births or by chance: All became part of her family.

Dan passed away in May 2001, and Sarah was able to live independently until age 94. She then moved into the Heritage Manor Nursing Home in Hammond, looked after by their wonderful staff and her loving family. She loved visits and hearing about the exploits and accomplishments of her family, particularly her grandchildren and great-grandchildren. It can truly be said that family was her life.

Sarah was preceded in death by her parents, her brothers, John Schullo and George Schullo, and her sisters, Betty Zezza and Janea Chrisler.

A Memorial Mass of Christian Burial will be held for Sarah at 11:30 a.m. on Saturday, July 10, 2021 at the St. Patrick Catholic Church, 1500 Vine St., Hudson, WI. Visitation will be held one hour prior to the mass at the church. The mass will be livestreamed on St. Patrick’s Facebook Page. Interment at Willow River Cemetery. 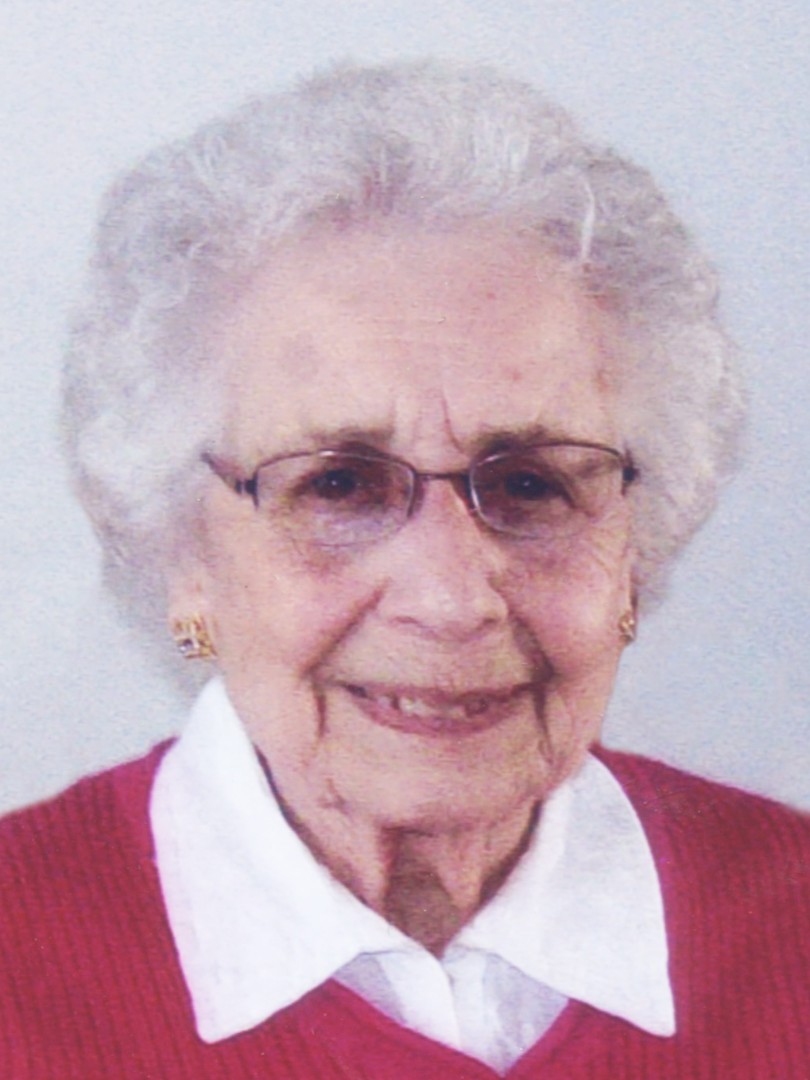