Stephen “Steve” Jon Preisler passed away on May 14th at age 79 with his daughters by his side, after battling melanoma for several years. Steve was born December 18, 1941, to Stephen John and Leona Preisler. He and his siblings Roger, Carl and Mary Ann grew up in the Hartland, WI area and he was a graduate of Hartland Arrowhead High School.

As a youngster, Steve was an enthusiastic baseball player, die hard Brewers Fan, and loved to follow the Green Bay Packers as well. Steve enlisted in the United States Marine Corps in 1964 and served until 1967. After returning, he went into business, owning Steve’s Standard Station in downtown Hartland. There he met Diane Ruth Bredl and the two wed in 1969. As an opportunity to change careers presented itself, he sold the station and began his long, successful career in automotive sales. Steve and Diane moved to the Lyndale Farms neighborhood and there they raised two daughters, Mara and Elizabeth. He was a wonderful husband and father who loved to cheer on all “three” of his girls as they tried all sorts of activities. Steve loved to mow the back 40, soak in the pool, and help Diane keep up her beautiful gardens. He was always community minded and is most famous for his 25 years as Dugan the Storyteller Dragon with the Lake Country Children’s Theater.

In 2007, Steve and Diane made a difficult decision to leave family and friends behind and relocate to River Falls, WI to be closer to their daughters and their growing families. They quickly integrated into a welcoming community and began a new chapter. Diane’s chapter was short and mostly sweet, but cancer took her way too soon in June of 2013. Steve continued on and remained active in the Community Arts Base, where he became President and enjoyed all things art, especially organizing the Art on the Kinni each fall. He was also active in the American Legion through which he became part of the honor guard, was chaplain, sold a lot of Christmas Trees, fried a lot of chicken, and watched a few games of Legion Ball and the Fighting Fish. He even made a couple appearances as Harry Carey leading the 7th inning stretch. He also continued to be entertained by all the grandkids as he hit dance recitals, concerts, and a lot of ball games. He wore a lot of hats and juggled a lot of balls, and truly enjoyed spending time with everyone he met. He was a role model to many and a beloved member of every community he became involved with.

Steve’s life will be celebrated with a Memorial Service on June 11th at St. Bridget’s Catholic Church in River Falls. Visitation 10:00 a.m. with Service at 11:00 a.m. O’Connell-Benedict Funeral Home of River Falls is assisting the family with arrangements. 715-425-5644 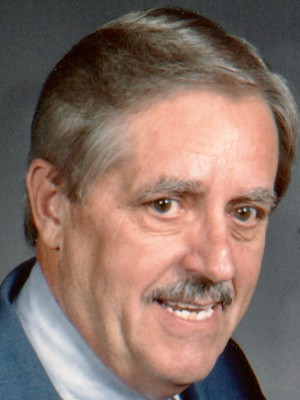