He was born at Hudson Memorial Hospital, Hudson, Wisconsin March 15, 1957 to Richard and Donna (Nelson) Erdman of Hammond, Wisconsin. He attended St Croix Central Elementary School, until his family moved to Hudson, Wisconsin in 1966. In Hudson he attended the grade school, junior high and graduated from Hudson High School class of ‘75.

Throughout school he courted his sweetheart, Margaret Lee Terwilliger, often hanging out with her at Mickelson Drug or LaBon’s Truck Stop. On October 16, 1976 Tom married Margaret, at St. Patrick Catholic Church in Hudson Wisconsin. They were blessed with four children Michelle, Michael, Matthew and Mark and three grandchildren Blake, Bailee and Brewer.

He attended UW of Eau Claire, Wisconsin for a short time before beginning his career at Andersen Window Corporation. Tom retired from Anderson Window and was a member of the Quarter Century Club.

As a young boy, Tom would be a helper and companion to his dad on their farm. He started a small beef cattle farm of his own when moving to Baldwin, Wisconsin in October of 1979. Tom worked hard at farming, and received much enjoyment in return. In addition to beef cattle, there were many special farm dogs and cats. The farm dogs would follow along as Tom did the field work for raising hay and corn for the cattle. Tom’s place was in the country and he enjoyed hosting his extended family to picnics, providing hay rides in the summer and pulling the toboggans behind the snowmobiles in the winter.

He was gifted with a mechanical ability and could do repairs on the cars and farm machinery, even putting a new engine in a car.

Tom’s Uncle Howard Brown brought him to the Hudson Rod & Gun Club where he became quite good at trap shooting. He was an avid sports fan and liked watching college football especially the Badgers, the Green Bay Packers, Brewers baseball, little league baseball, Badger basketball & hockey, lacrosse, the auto races, triple crown horse races, and the tour de France bike race. Before picture-in-picture, he often had a game on the radio while toggling between three channels.

He made family trips to Madison to cheer on the Wisconsin Badger football team and traveled much of Wisconsin and Minnesota to watch his three boys play hockey. He never missed a sporting or school event for his children and recently grandchildren. Camping and fishing were a family past time at the Moon Lake Campground near Clayton, Wisconsin. Each year Tom and Margie took a fall anniversary drive through the Western Wisconsin valleys ending at their favorite Olive Garden Restaurant to celebrate.

He was a member of “St. Mary’s” Immaculate Conception Church, Hammond WI and with his family attended church each Sunday. Tom cherished family time and starting from the time his children were young he cooked “Sunday Brunch” where family would come and be together. During everyone’s special “Birthday Brunch” he would share his recollection of their birthday story, starting with “(how many) years ago today….” While his children were young, brunch was followed by an afternoon visit to see Grandpa Rog and many more family members. He will always be remembered standing at the kitchen stove, spatula in-hand, greeting everyone as they arrived with a huge smile in response to their “Hey-Pop”. This time with family was very special and is what he cherished most.

He is preceded in death by his parents, Richard and Donna Erdman,  stepdad Roger Lunzman, nephew Chad Sax, and grandparents. 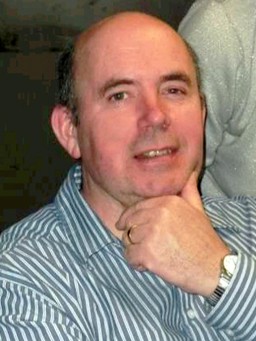