Winslow Smith Cobb IV, of Hudson, WI, died unexpectedly on January 5, 2023. Win was born in Newton, MA on December 4, 1964, and grew up in East Dennis, MA. He attended Dennis-Yarmouth Regional High School until transferring to Proctor Academy in Andover, NH. Win graduated from Lawrence University in 1987 with a BA in English and was awarded the Edith A. Mattson Honor - given to a resident of Sage Hall with a record of gracious living and unselfish giving. He was a successful sales account executive for several companies in the Minneapolis area - a customer advocate with a strong work ethic who believed that quality and relationships matter. Most importantly, Win was a devoted father, who adored his son, Zach.

Win is predeceased by his father, Winslow Smith Cobb, III and survived by his son, Zachary, and former wife, Deborah Cobb, of Oconomowoc, WI; mother, Sally R. Cobb of Sagamore Beach, MA; sister, Susan Cobb of Richmond, VT; and brother, Nate Cobb of Oconomowoc, WI. Win was, and always will be, loved by his nephews, nieces and in-laws in MN, VT and WI. Win leaves behind dear friends and will be deeply missed by those who knew him.

Win is an organ donor through LifeSource - a remarkable organization that coordinated Win’s donation, transportation, surgery and organ placement. The amazing teams in the ER and SICU at Regions Hospital in St. Paul were able to keep his body functioning to allow for organ donation through the Mayo Clinic in Rochester, MN, so that other families would have the gift of life. Win’s family thanks the doctors, nurses and chaplains at Regions Hospital who cared for Win and each of us with such compassion and lifted Win up with prayer and love. A celebration of life will be held this summer on Cape Cod. In lieu of flowers, please register as an organ donor and consider a donation to LifeSource. 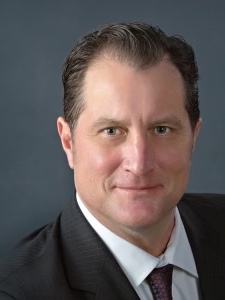