With the SCOTUS decision on overturning Roe, we are going back in time.  Given the news, the 1849 Wisconsin law that bans abortions and threatens doctors with prison sentences can now be enforced.

I am disgusted that Ron Johnson has cheered on this outcome as he’s clamored on about letting the states decide what medical decisions a person is allowed to make.  Frankly, neither he nor anyone else in government should be allowed to interfere with a patient and their doctor.

And, where did our humanity go?  There are so many different reasons a person may need abortion care – and having the ability to decide what is best for our bodies is a right that, for almost the past 50 years, we’ve been guaranteed.

This right shouldn’t be contingent on a state’s law.  It’s not something only some people should have access to while others are left scrambling.  And, despite what Sen. Ron Johnson says, people shouldn’t have to move to another state to access abortion care.

Our health care shouldn’t depend on what state we live in.

This fall, Wisconsinites need to do everything they can to elect leaders who will ensure abortion care is accessible in our state.  I know I will be voting against the candidates like Ron Johnson – our health care rights depend on it. 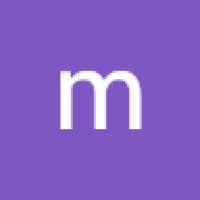