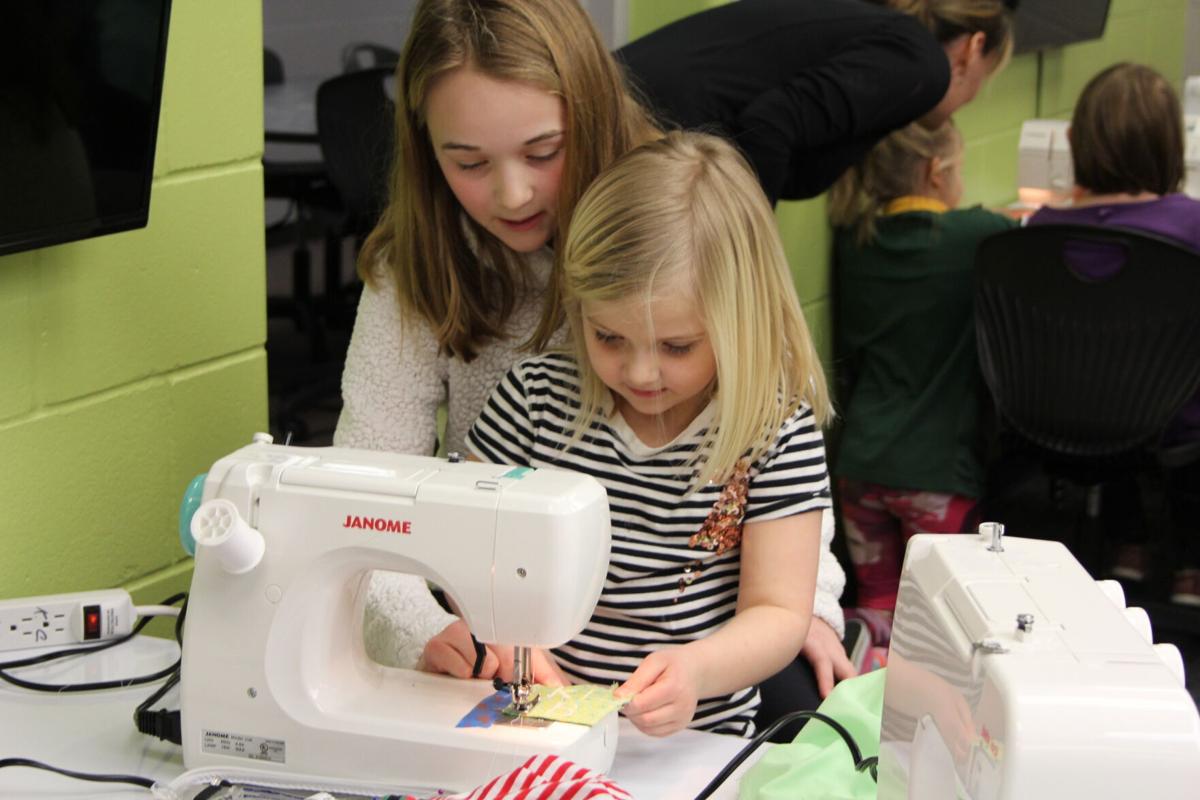 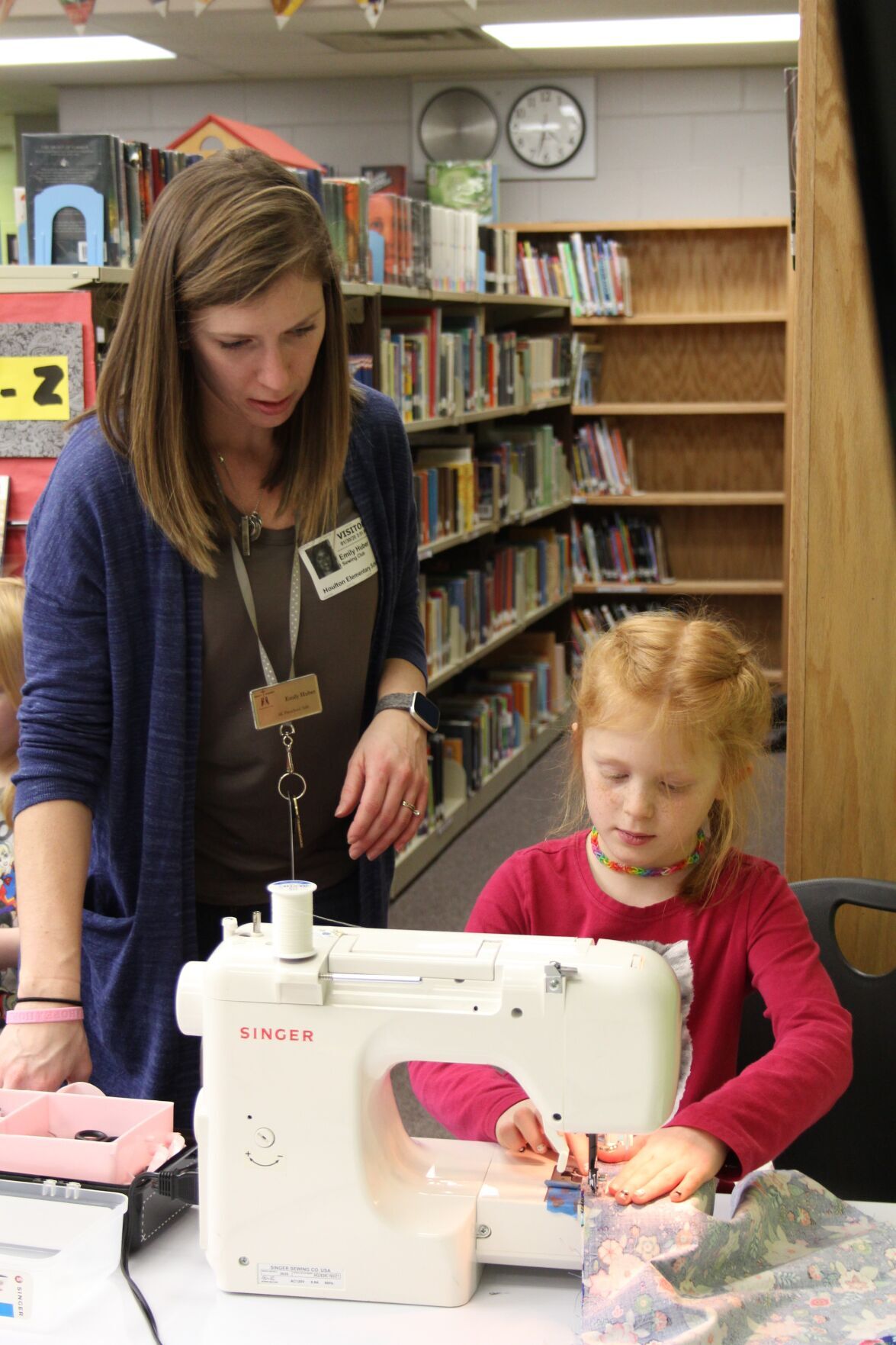 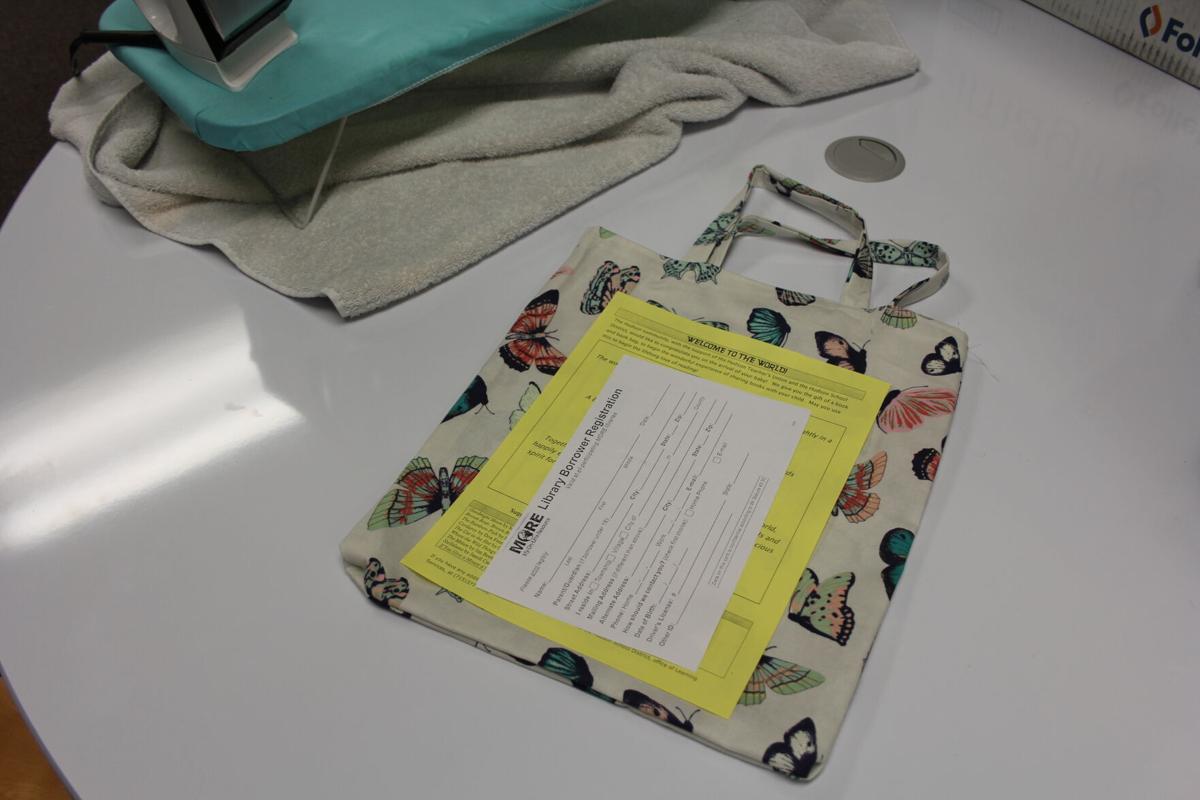 HUDSON -- On a Thursday afternoon the Houlton Elementary room is abuzz with the sound of sewing machines humming and conversations of sewers, punctured periodically by cheers.

The Houlton Sewing Club meets once a week to make book bags that are filled and given to each newborn at Hudson Hospital.

The initial project, Books in Bags for Babies, started in 2010. Houlton teacher Sue Hellmers was trying to find organizations to help sew the bags before she decided to bring it to the elementary school in the last few years, creating the sewing club.

Each of the 20-some students sews one bag a week. They range in age from kindergarten through fifth grade.

They bring the bags to the hospital once a month. Hudson Hospital has about 60 births a month, Hellmers said, so the numbers add up each year.

“The goal is to have every newborn walk out with a book and a bag to promote and develop early reading,” Hellmers said.

Parents and grandparents are regular helpers in the sewing club. Much of the fabric is donated, and a donation from the Hudson Morning Rotary Club supplies the books.

The club has inspired a love of sewing for many of its participants. Several of the students now have their own sewing machine, Hellmers said.

“It’s bringing back sort of a dying art, a dying craft,” she said.

They learn all the aspects of sewing, from pinning to ironing, and how to do each one safely.

Hellmers isn’t much of a sewer herself, but her mother is a beautiful seamstress, she said, and even made her wedding dress.

“I’m passionate about it because I felt like it’s a really great service project, but also that it’s a great skill for kids to learn,” she said.

She said she enjoys seeing how the kids have developed problem solving skills and a service-oriented mindset.

“Watching them become independent and watching them all work for this greater project,” is her favorite part, she said.

Fifth-grader Kate Likness has been a part of the club from the beginning, along with her grandmother. Her grandma had started to teach her a few sewing skills, and she learned a lot more with the club.

She said she likes that the club lets her help people.

“Sewing the bags is really fun knowing that they’re going to go to the families,” she said.

Mallory Zifko didn’t know much about sewing when she joined the club, but now she owns a sewing machine, which was a recent Christmas present.

“We like to get stuff done and know it’s going to a good cause,” she said.

Fifth-grader Anika Bradshaw said she enjoys learning new things and skills that she can use later in life.

“I like being with friends and feeling that I’m doing something good for other people,” she said.

Emily Huber has been volunteering with the club for two years now, after daughter Quinn wanted to join. The mother said she enjoys seeing all the kids work together.

“I’m surprised at how quickly they learn things and they pick up on things,” she said.

Hellmers said she’d like to find another sewing service project the kids could do in addition to the bags.

“That’s our next step,” she said. “To provide a choice in what they make.”

Hellmers said if community members want to volunteer, have a sewing project idea or want to make donations, contact her at hellmesh@hudsonraiders.org.