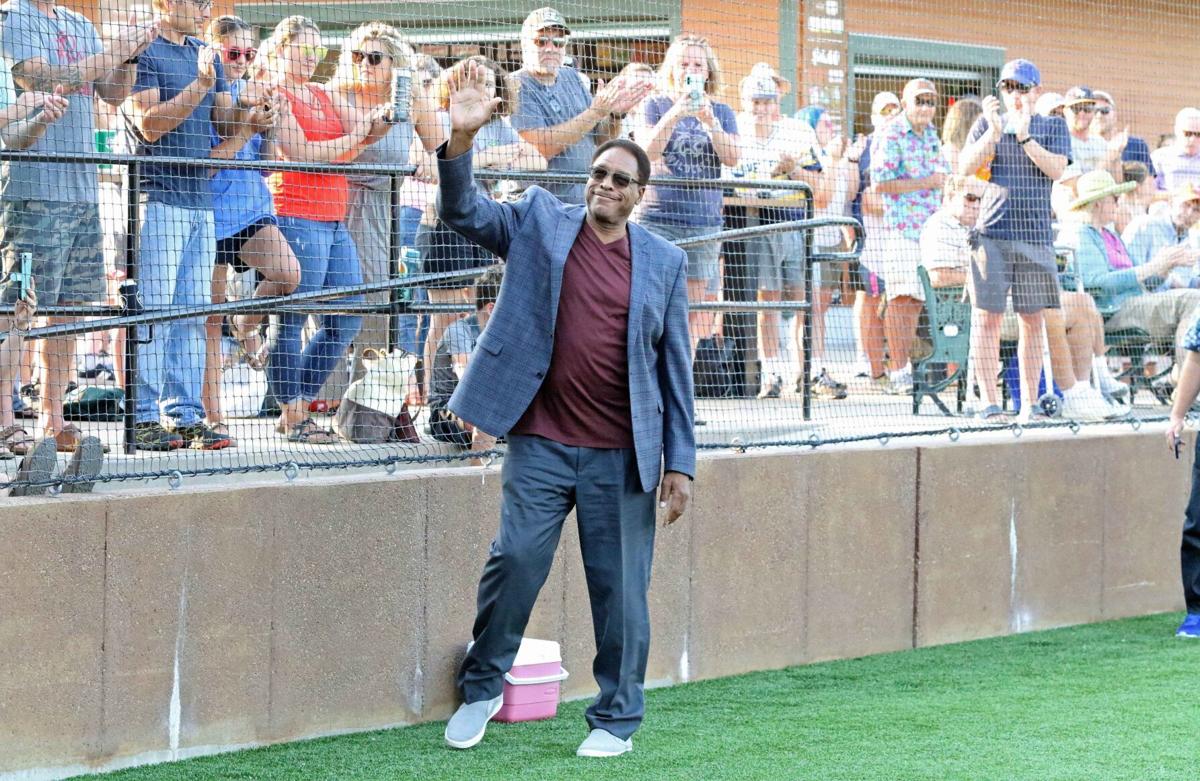 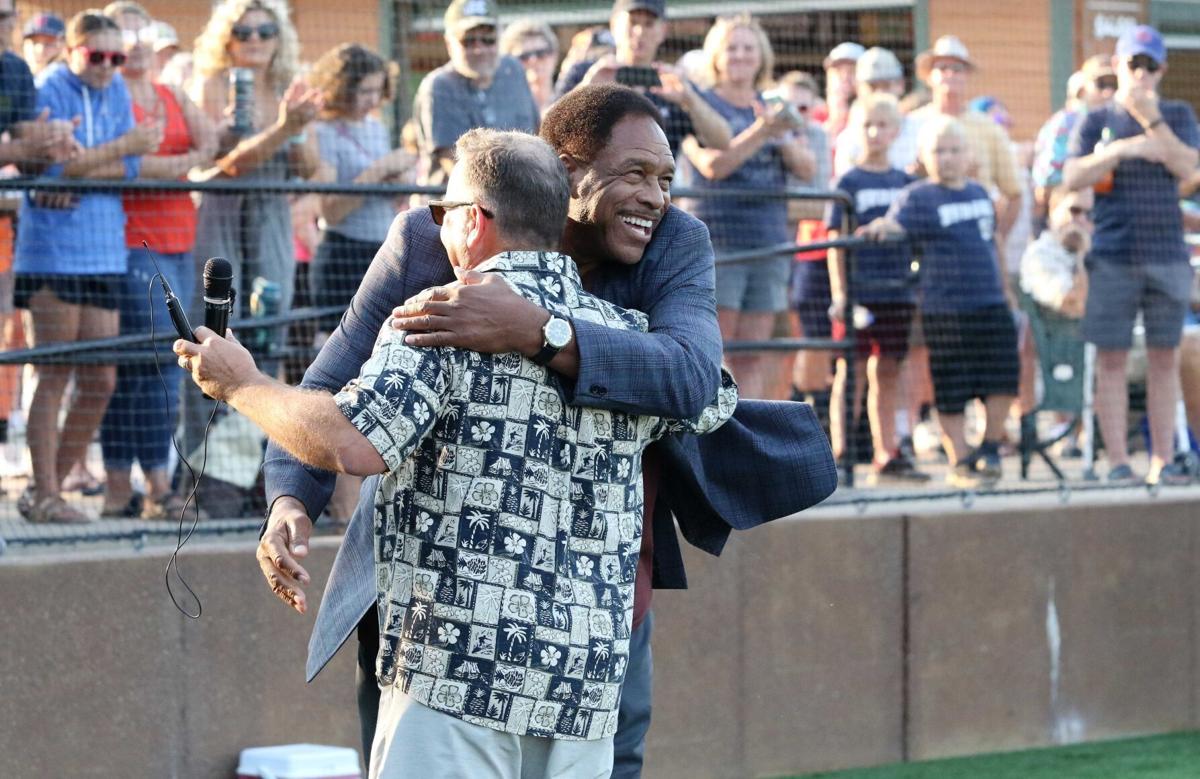 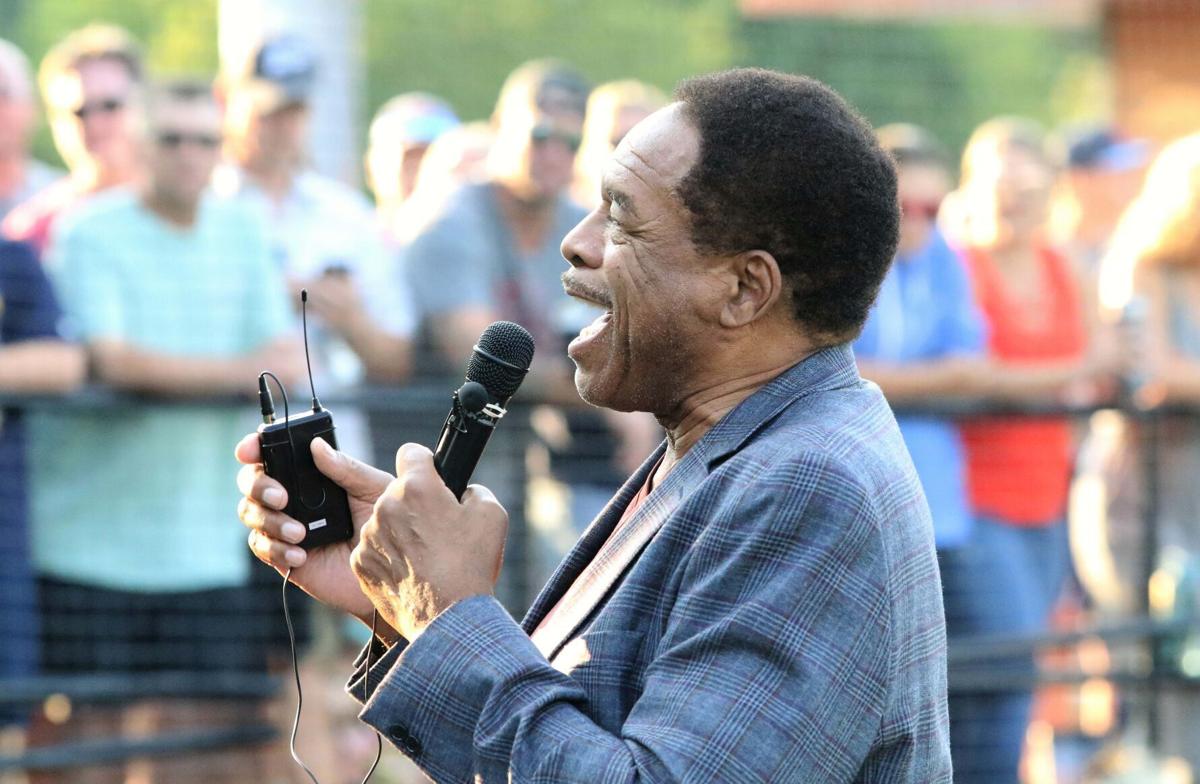 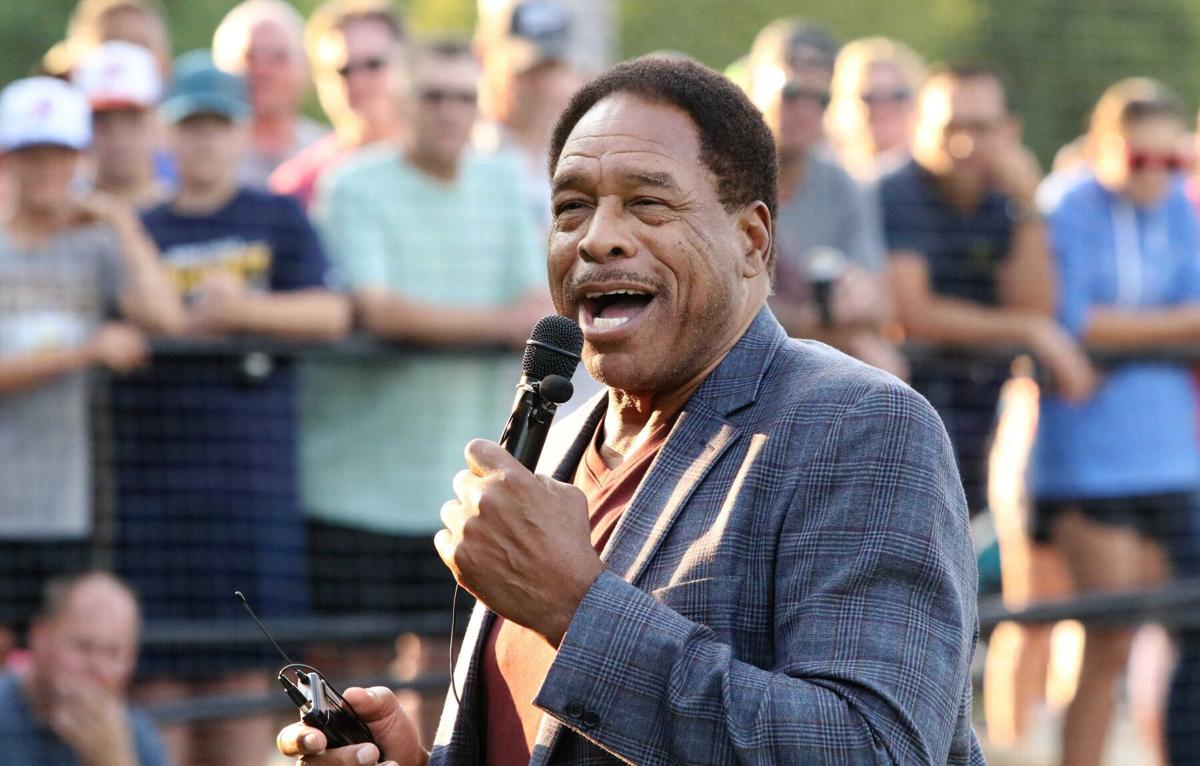 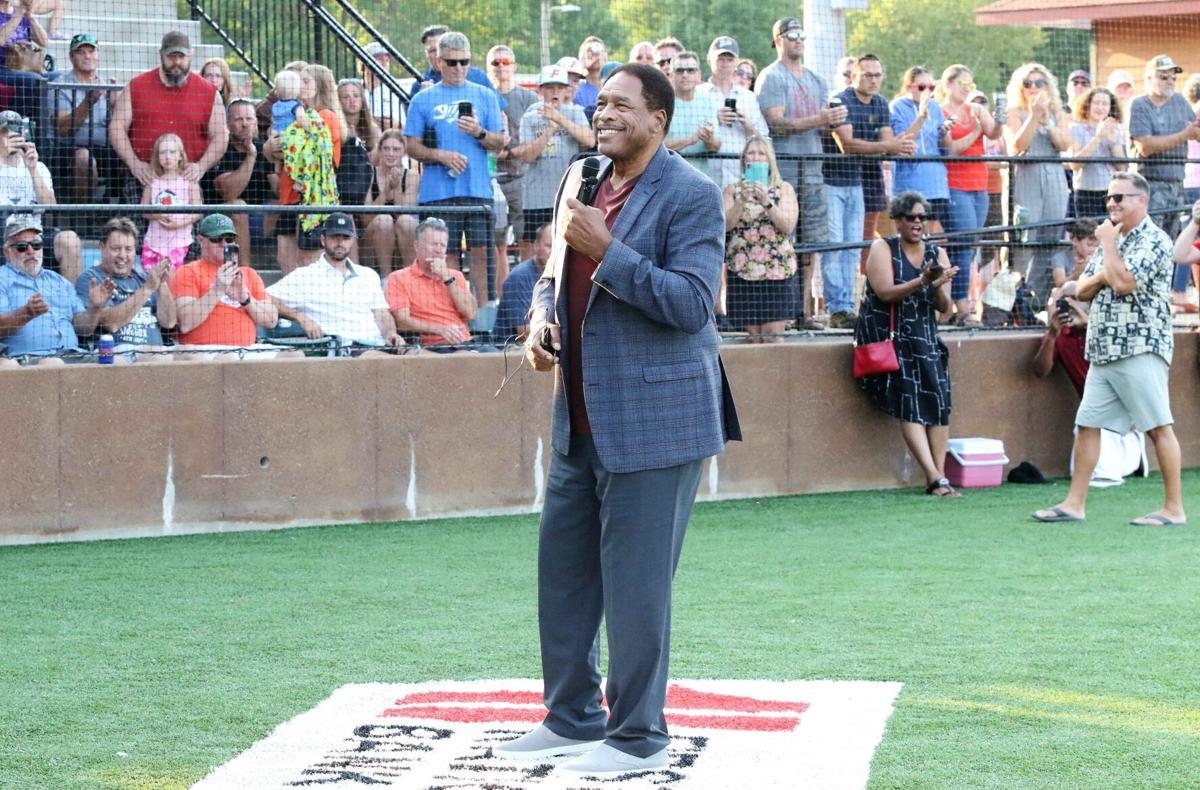 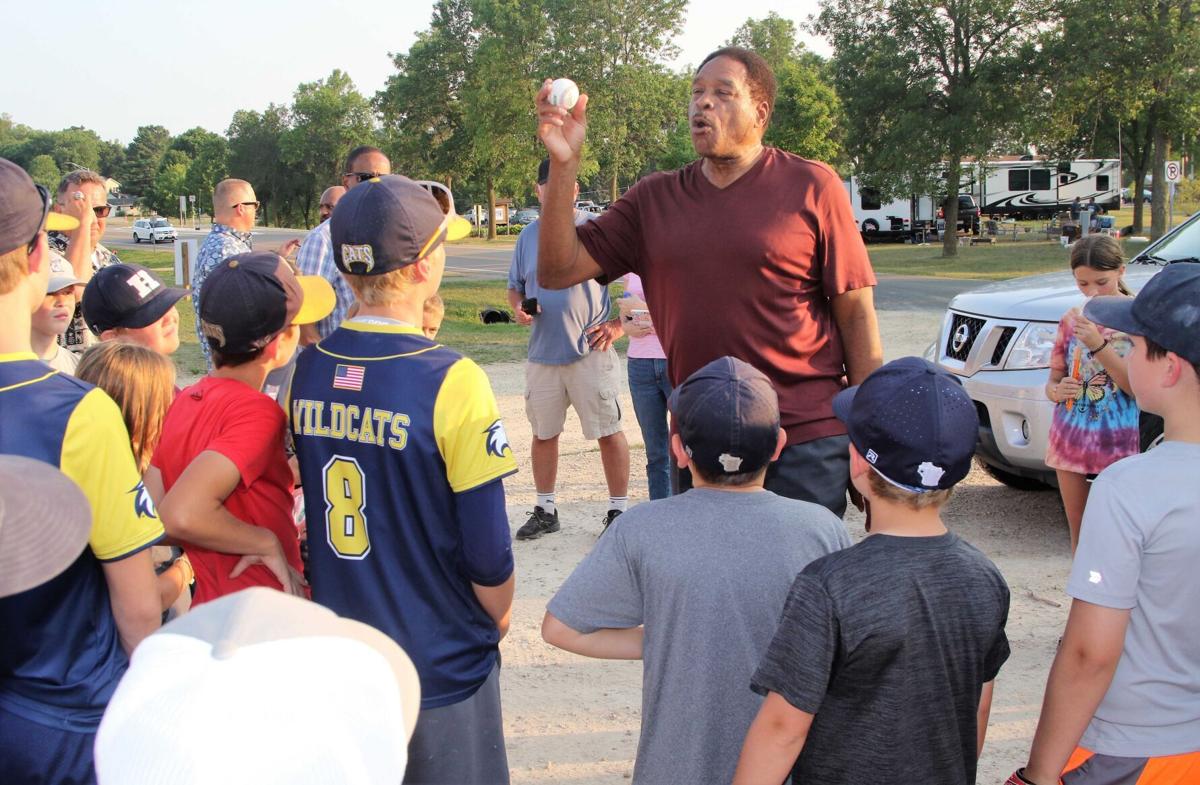 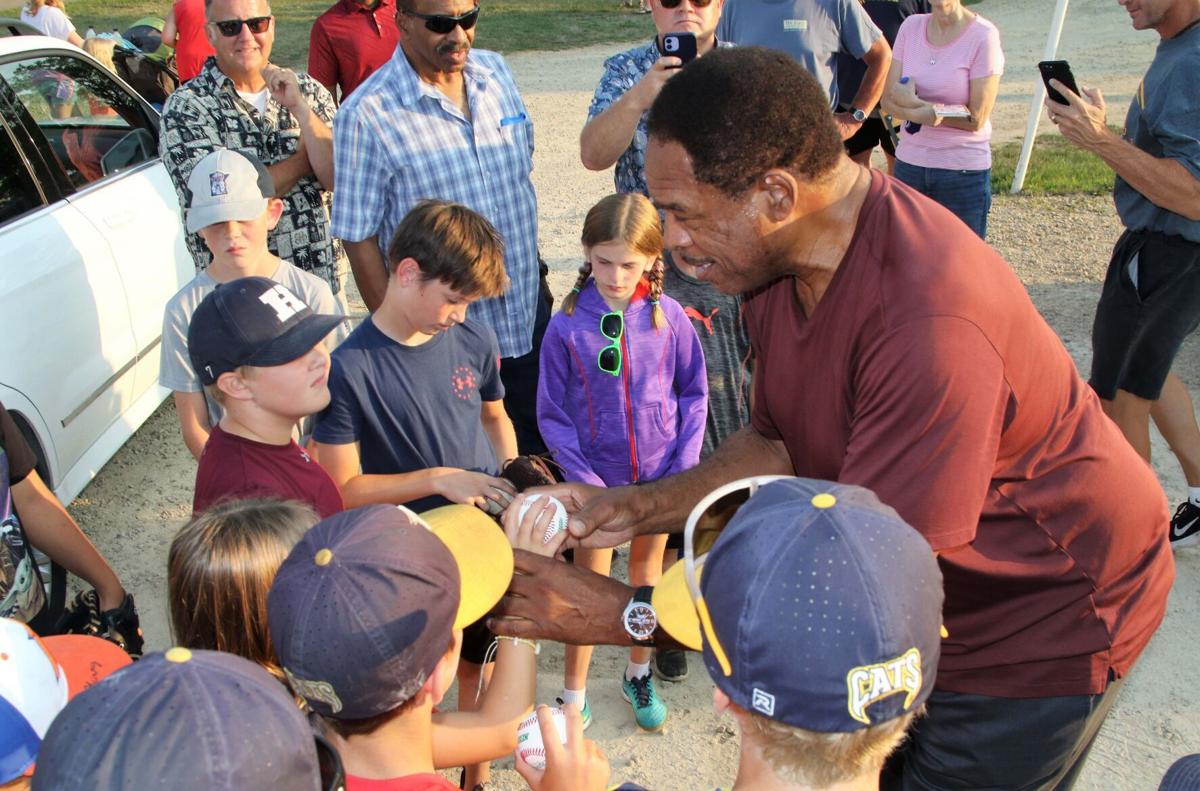 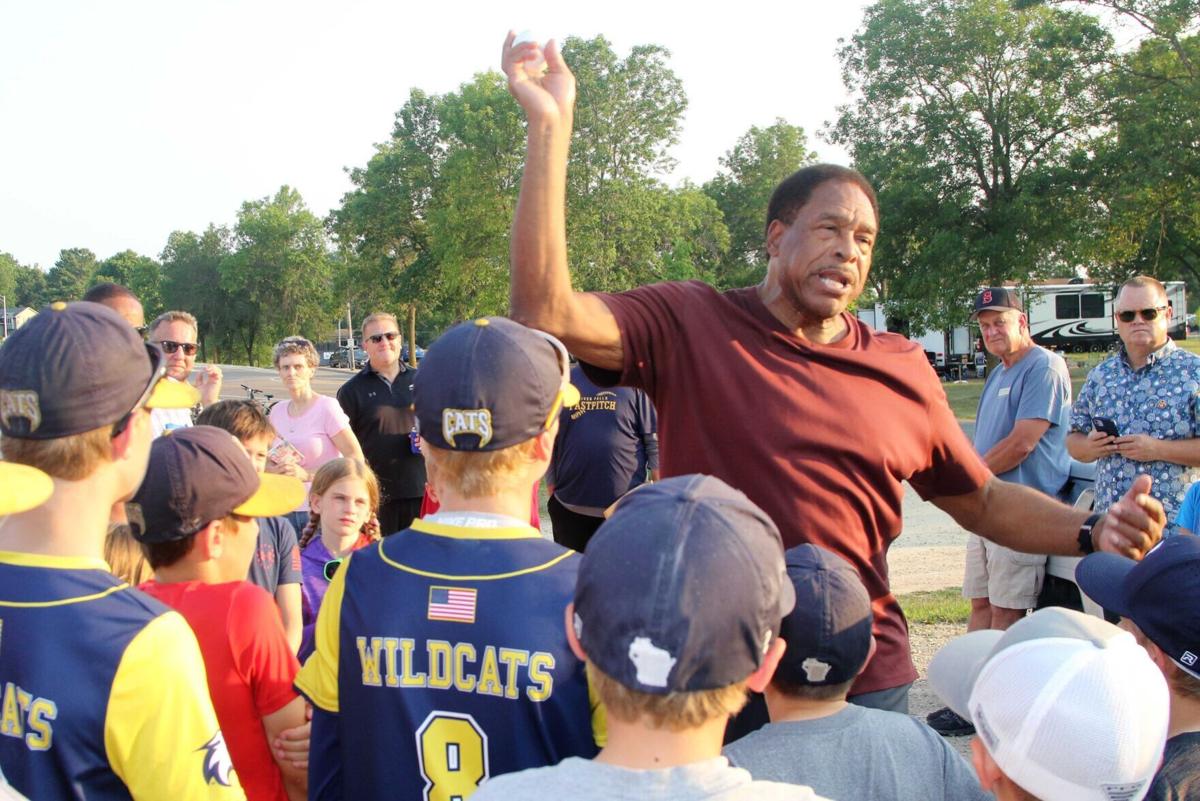 Saturday night, July 17, the community of River Falls and the River Falls Baseball Council welcomed Winfield back to showcase the improvements at the field and thank him for his role in obtaining the $850,000 grant at the RFBC’s MLB-MLBPA Youth Development Foundation Day.

During a ceremony highlighting the day between the legion and amateur games, Curt Bruns of the River Falls Baseball Council noted that First National Bank of River Falls Field has gone from hosting around 120 games a year pre-turf, to over 500 this year.

“And that includes youth baseball, softball and special needs,” he pointed out. “And it’s all possible because of the work of Dave Winfield and the youth development foundation grant."

Winfield, a member of the foundation’s executive board, said he knew Bruns from their work together on another foundation, and when Bruns asked him to come see what the River Falls Baseball Council was doing at First National Bank of River Falls Field in August, 2018, it met all the criteria of what the foundation was trying to do.

“Your town just fits what we're trying to do at different places across America,” Winfield said. “We’ve probably given grants in 40 of the 50 states for all different levels. Some people just need a backstop. Here you guys needed the whole carpet and so this was a big one. But we help people in all kinds of different ways, and I'm just glad that you guys were able to get it.”

After being approved for the grant in February, 2019, the new turf was installed at the field later that fall, but an official turf dedication was delayed a year due to the COVID pandemic until Saturday night.

Winfield, a St. Paul native and University of Minnesota graduate, played for six teams over his 22-year Major League Baseball career, including the Minnesota Twins from 1993-94. A 12-time MLB all-star, seven-time Gold Glove winner and six-time Silver Slugger Award winner, he was inducted into the National Baseball Hall of Fame in 2001.

After addressing the crowd on the field Saturday night, Winfield took time to pose for pictures with some of the young players who will benefit from the expanded opportunities the turf is providing. He also gave a brief, impromptu clinic to the youth, including showing them the proper way to grip and throw a baseball.

He said he was impressed with the work the RFBC has done to make First National Bank of River Falls Field the attraction it is.

“Curt’s sent me some pictures, but to see how many people are out here is tremendous,” he said. “And it remains a major focal point of this community; a gathering place if you will. And now you’ve upped the number of people that can play baseball here, and that's what we look for. So I'm extremely happy for you guys.”

Before leaving he had one final message for the kids.