Pitchers Keenan Mork of River Falls and Dom LaDuke of New Richmond combined for 28 strikeouts while going the distance for their respective teams Tuesday afternoon, but the Wildcats were able to generate just enough offense to earn a 4-0 victory over the Tigers in their Big Rivers Conference opener at First National Bank of River Falls Field. 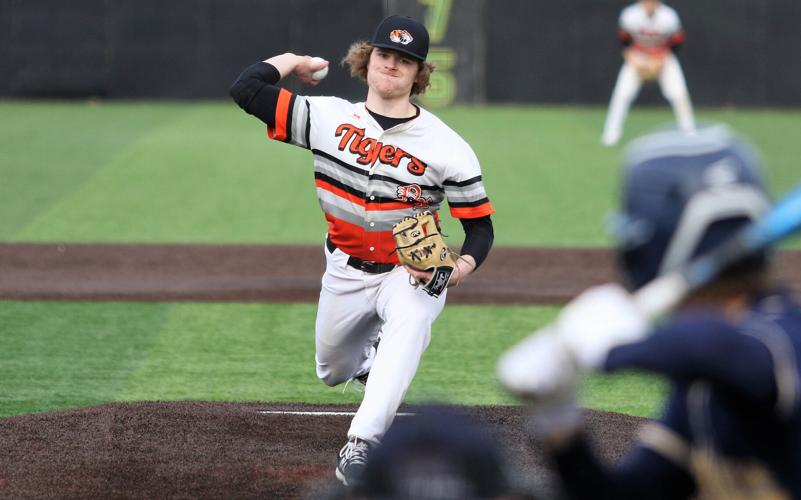 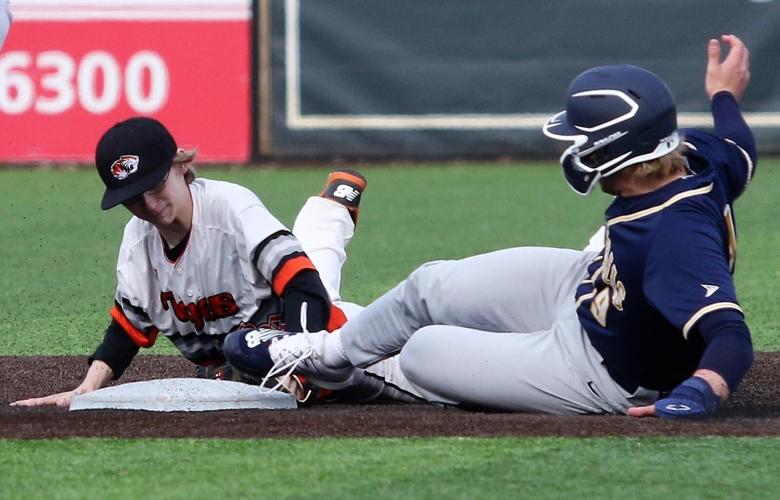 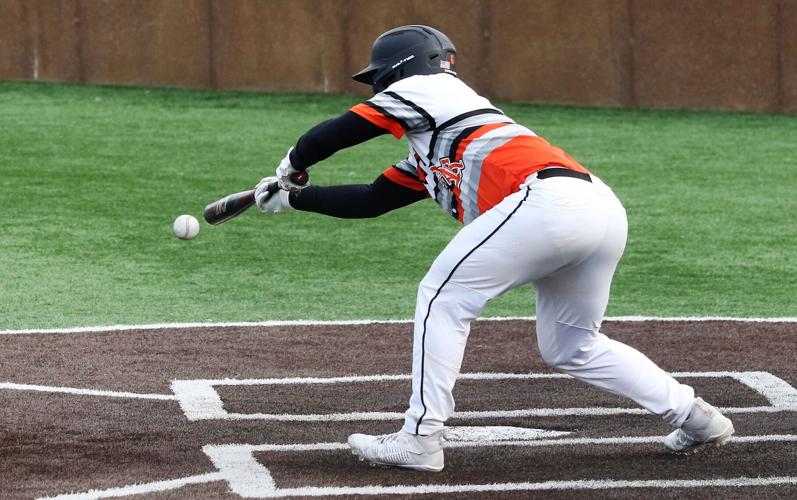 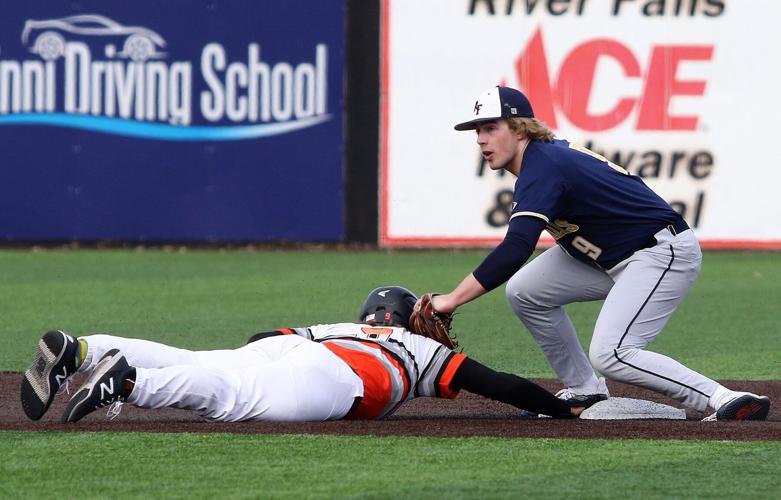 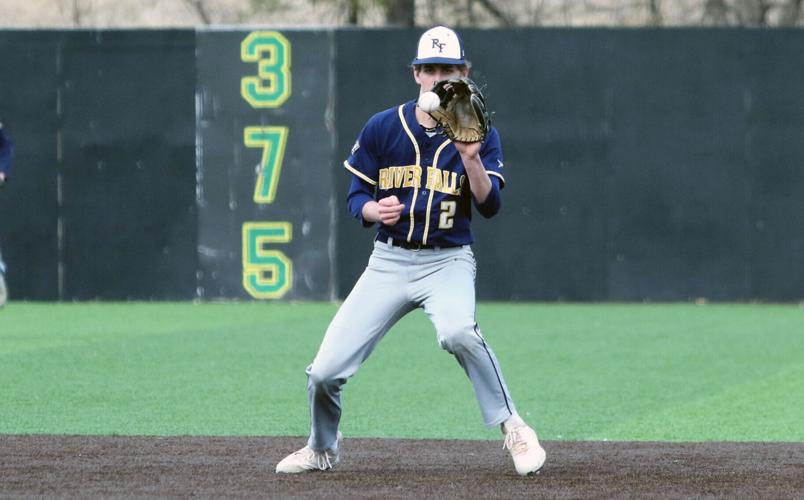 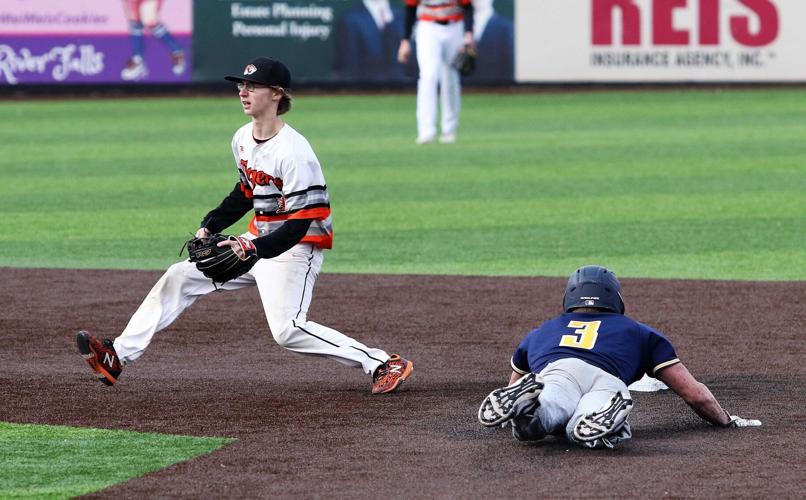 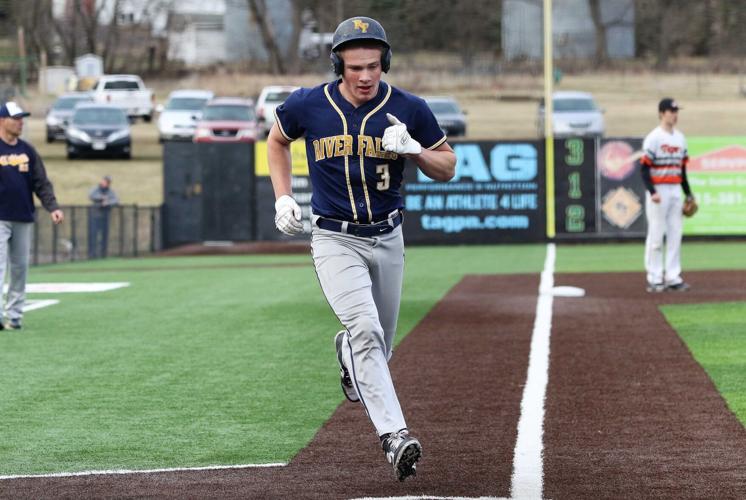 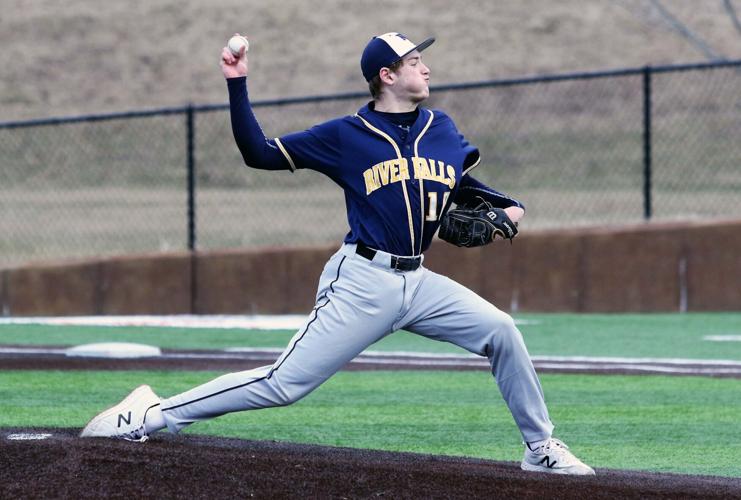 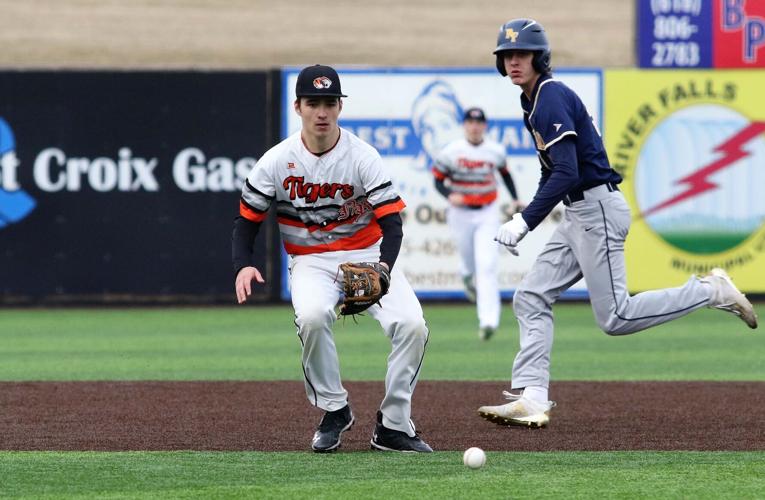 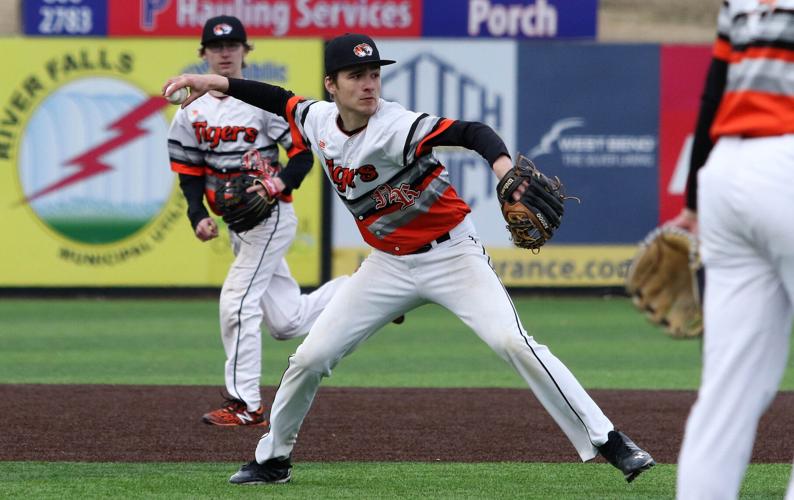 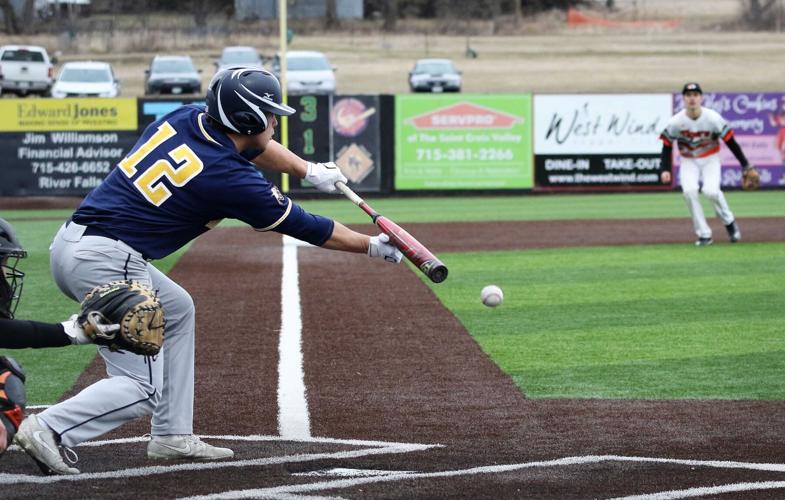 Mork struck out 16 of the 25 batters he faced while allowing three hits and one walk to record the shutout. LaDuke was equally impressive with 12 strikeouts and while allowing just four hits, two walks and two earned runs.

The Wildcats were able to scratch out an unearned run in the top of the first when leadoff hitter Michael Schurman reached on a dropped third strike, moved to second on a sacrifice bunt by Owen Larson, took third on two-out a single by Teddy Norman, and scored on a passed ball.

River Falls took a 2-0 lead in the fourth when Ryan Langer drew a leadoff walk, stole second and scored on a bloop single to right by Jack Gehl.

The Wildcat’s final two runs came in the sixth on a single by Langer, a Tiger error and an RBI fielder’s choice by Gehl.

The Tigers had runners in scoring position in the second, fourth and sixth innings but couldn’t convert.

Mork struck out three straight after the Tigers had put runners on first and second in the top of the second and LaDuke was stranded at second after a leadoff double in the fourth. New Richmond had men at first and second with one out in the sixth when Mork snagged a liner up the middle and doubled the runner off first.

Gehl singled, doubled and drove in two runs for River Falls while LaDuke had two of the Tigers’ three hits.

The two teams will meet again Thursday at 4:30 p.m. at Citizens Field in New Richmond.