You couldn’t ask for a better start if you’re a fan of the Hudson baseball team.

The Raiders won their third straight game to open the season Saturday, May 1 in New Richmond as Brody VonBerge and Owen McCabe combined on a no-hitter and the Raiders parlayed nine hits, nine walks and two errors into an 11-0 five-inning win. It was the third straight five-inning shutout for Hudson, who swept Menomonie by identical 13-0 scores in their season-opening doubleheader two days earlier.

Hudson coach Brent Blegen said the Raiders’ are doing a good job of taking advantage of what other teams are giving them. 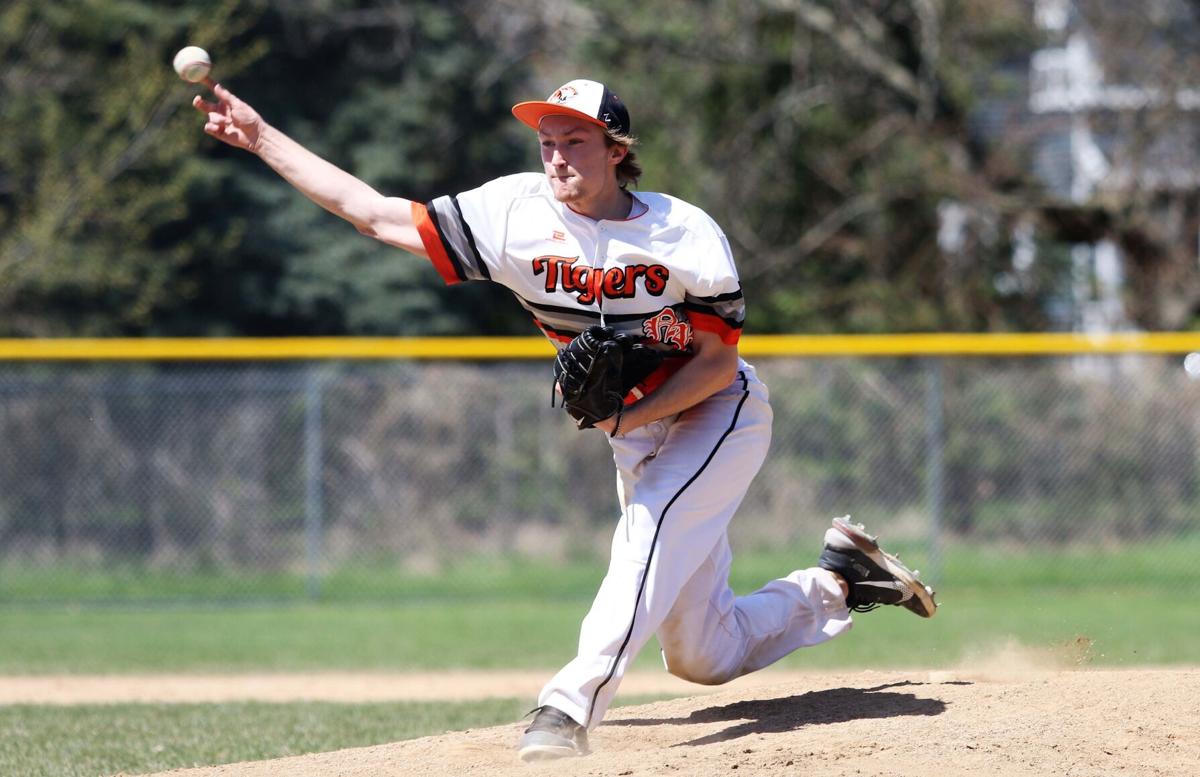 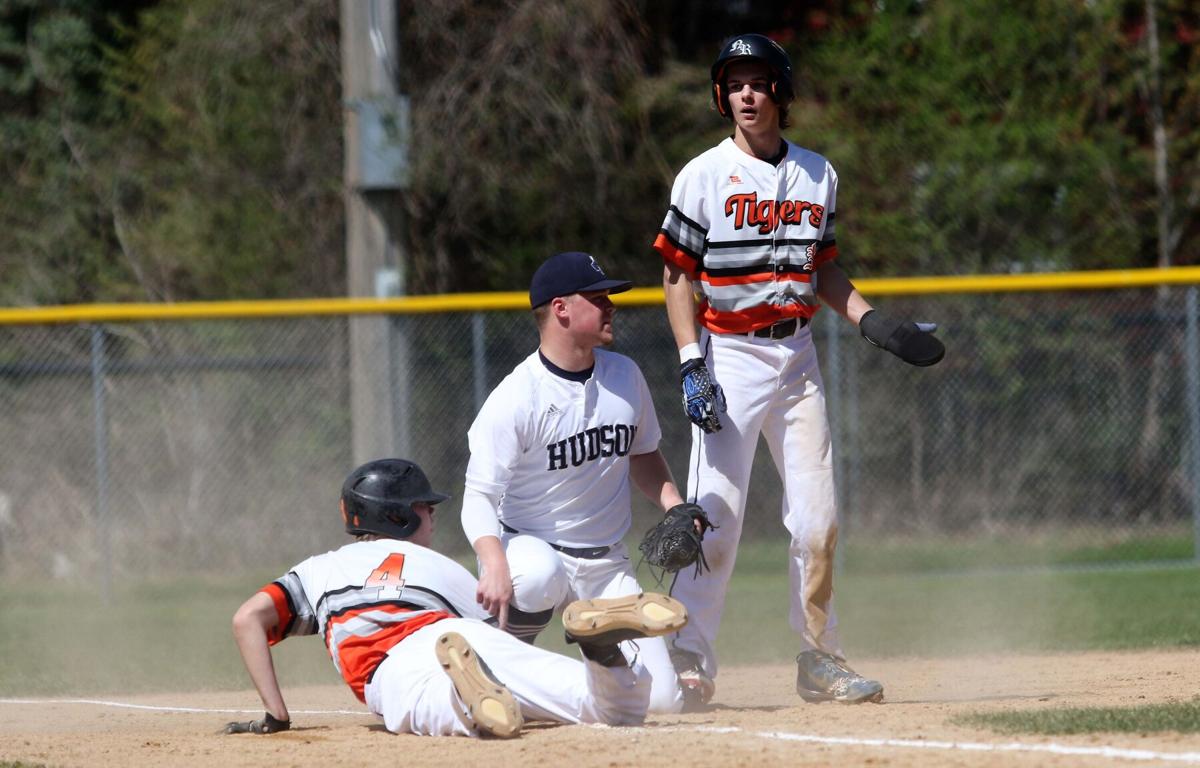 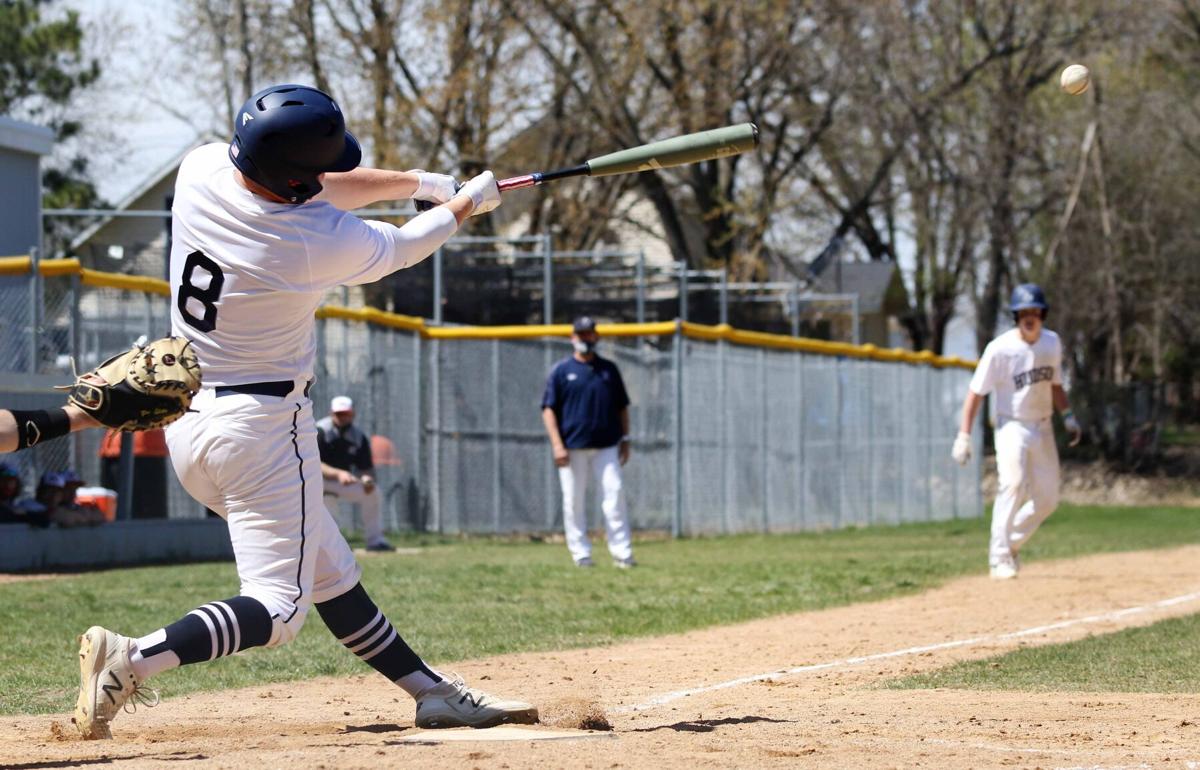 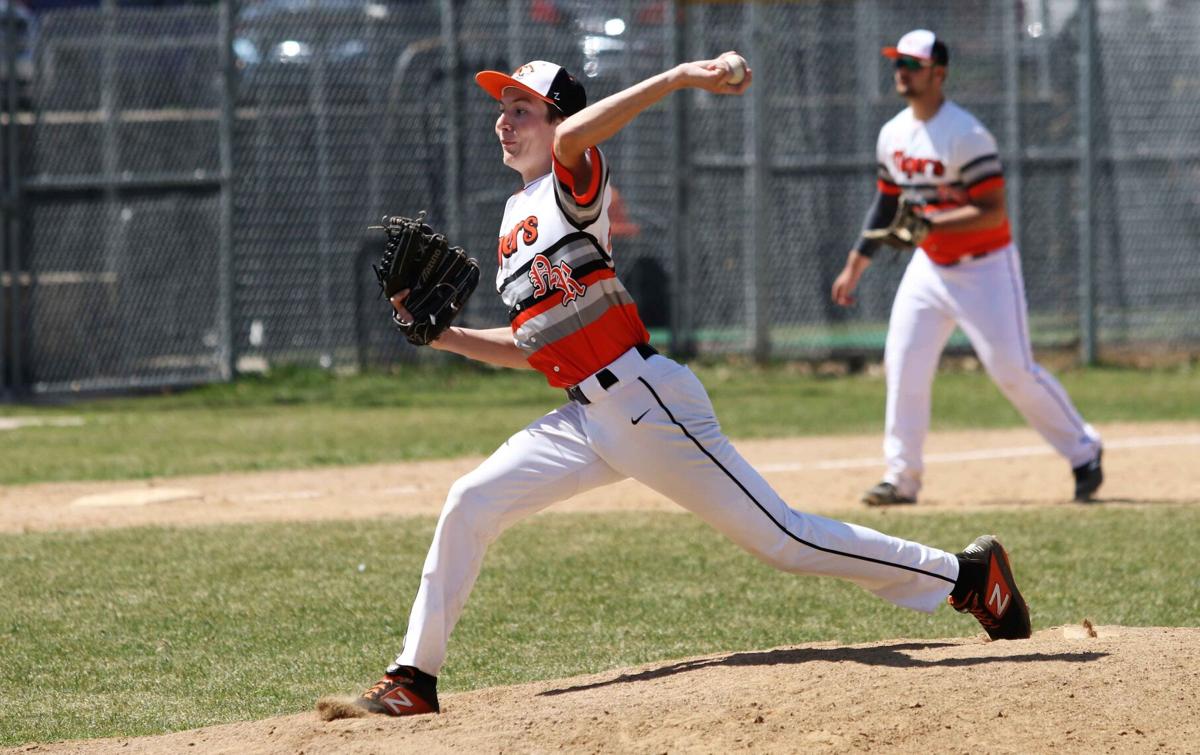 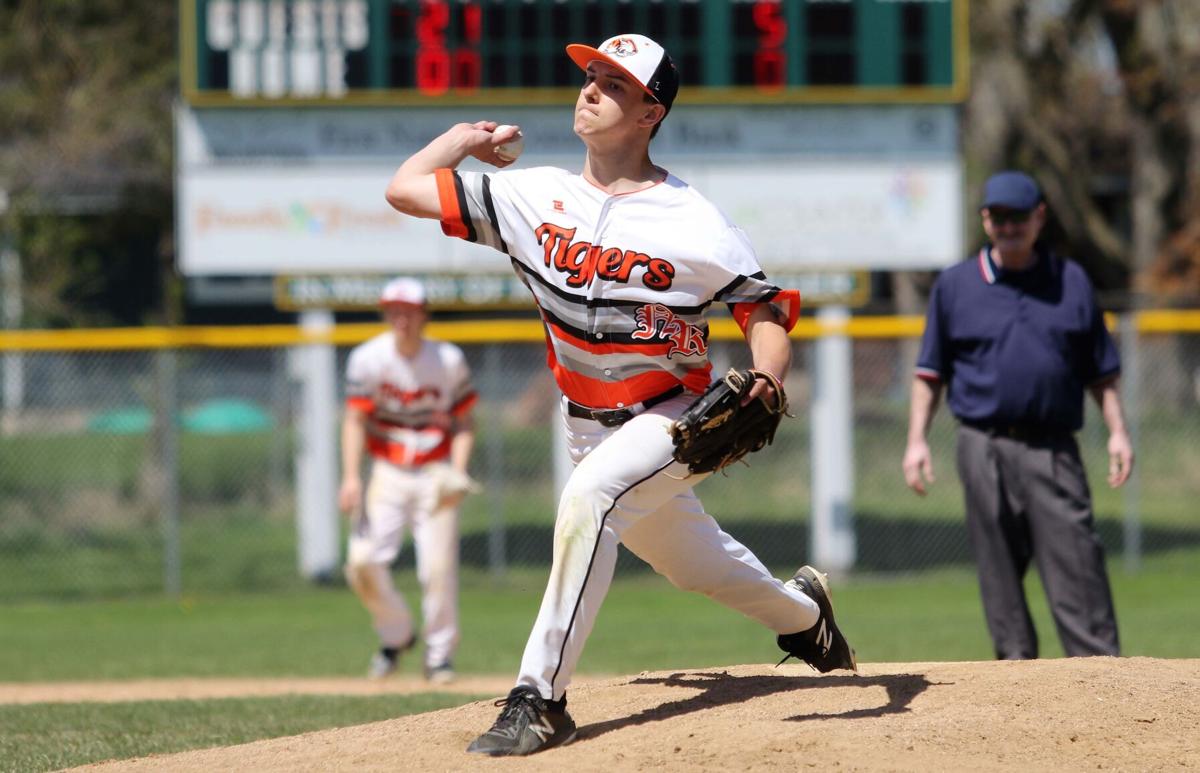 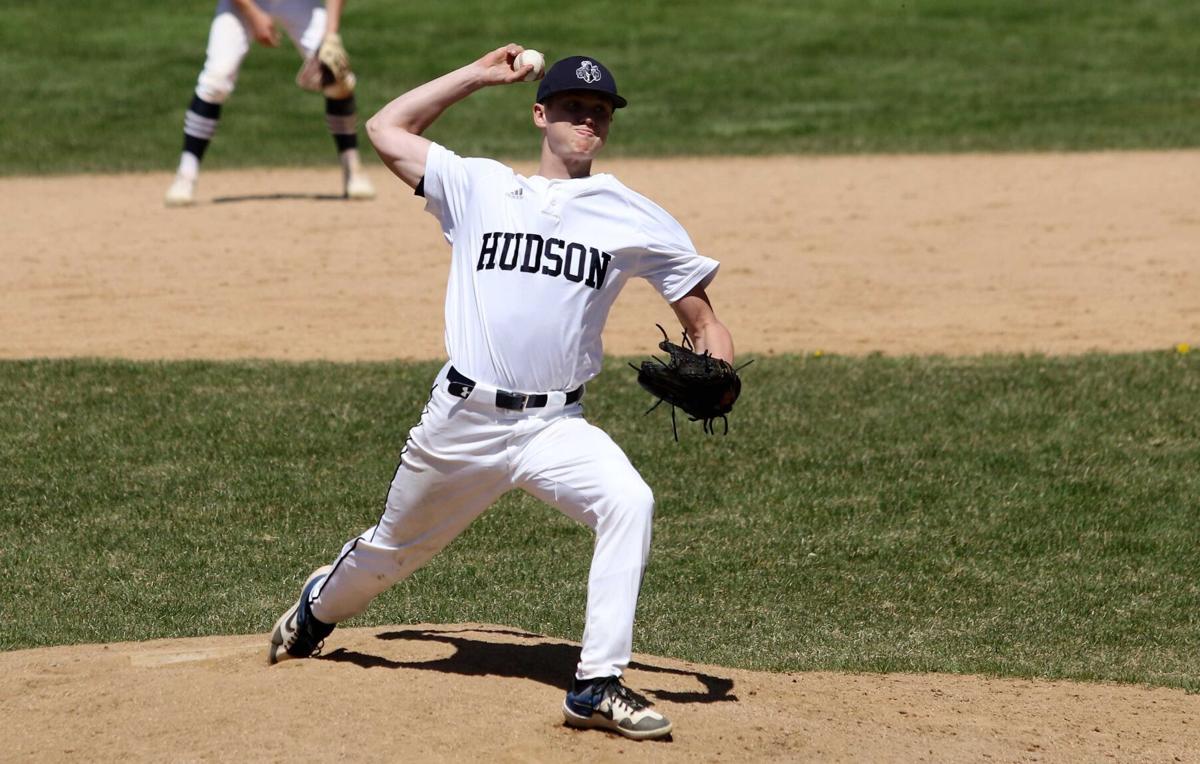 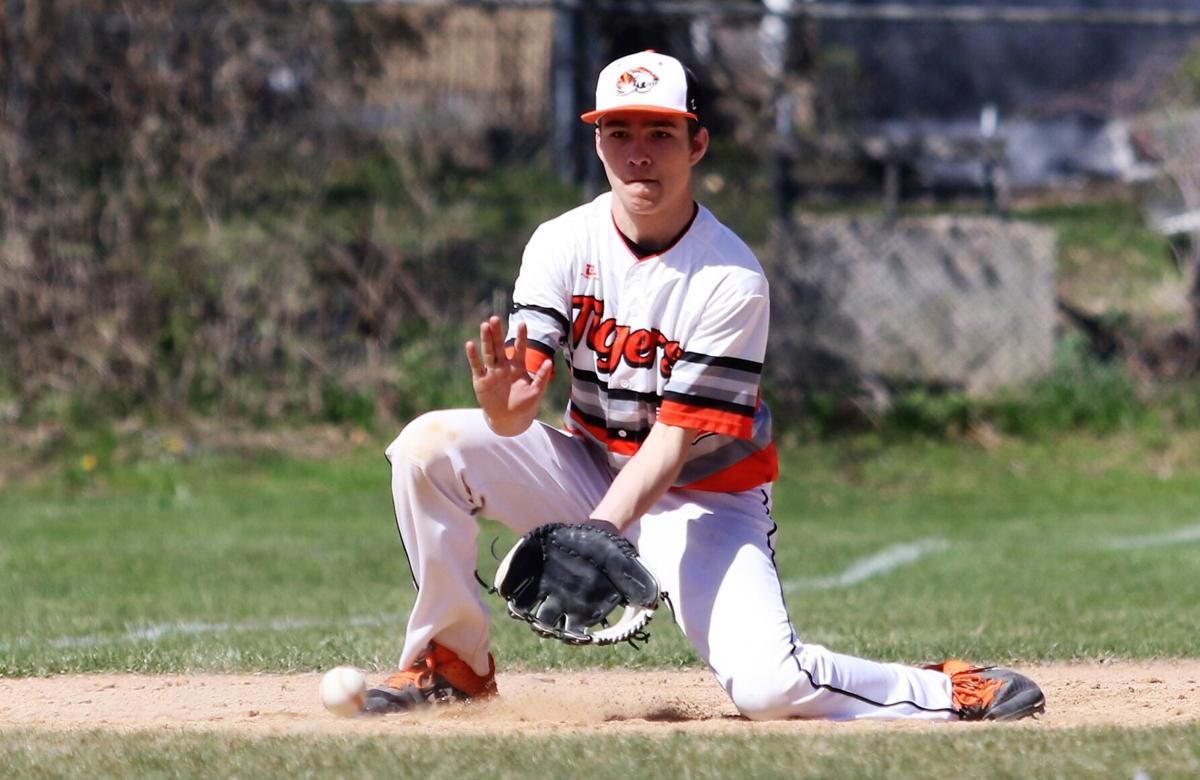 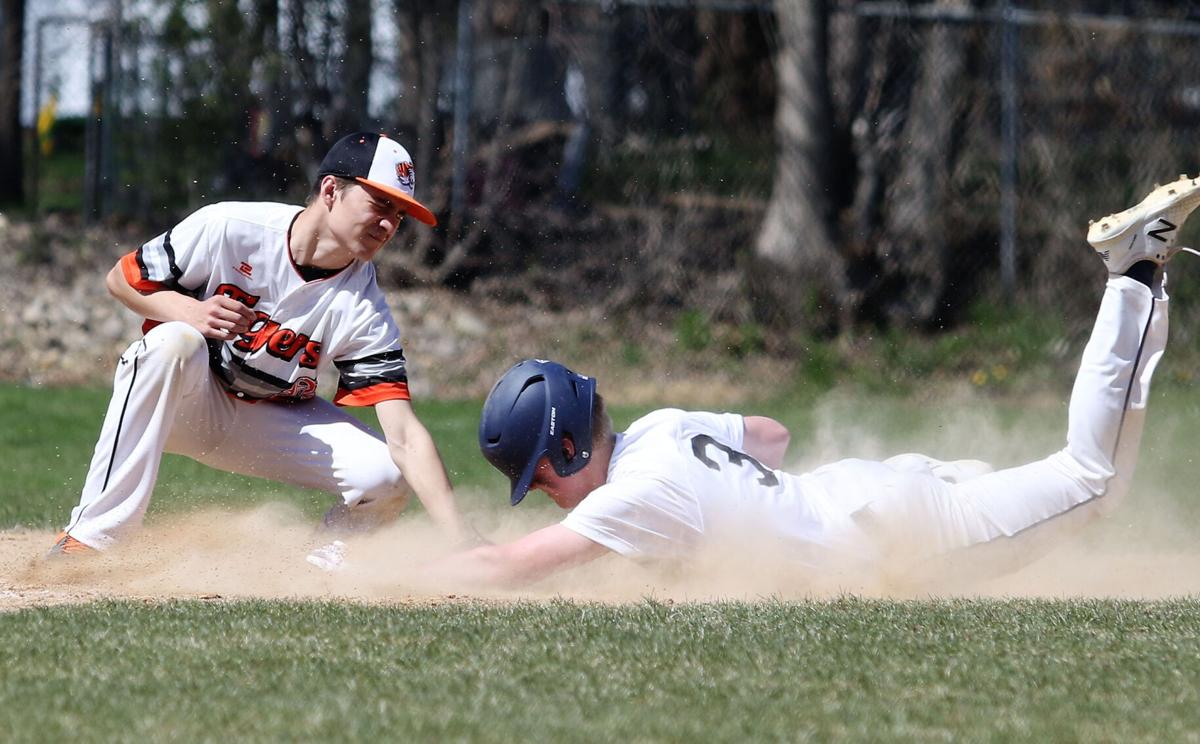 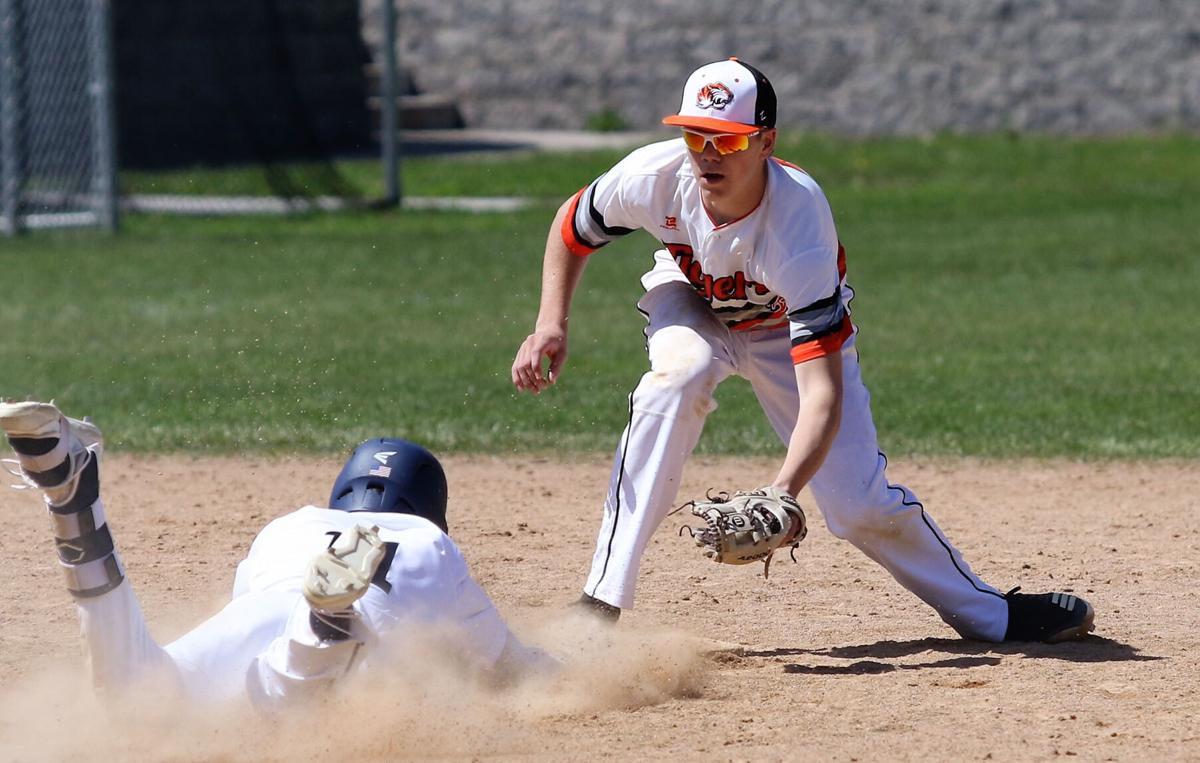 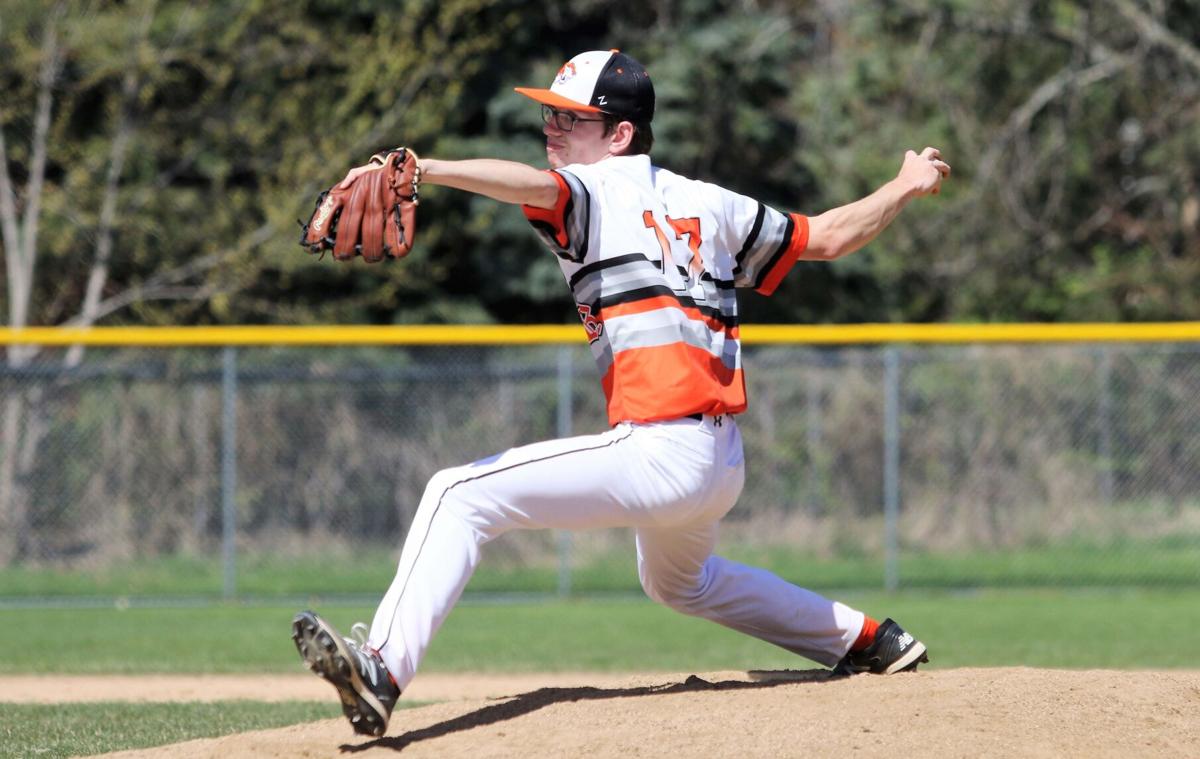 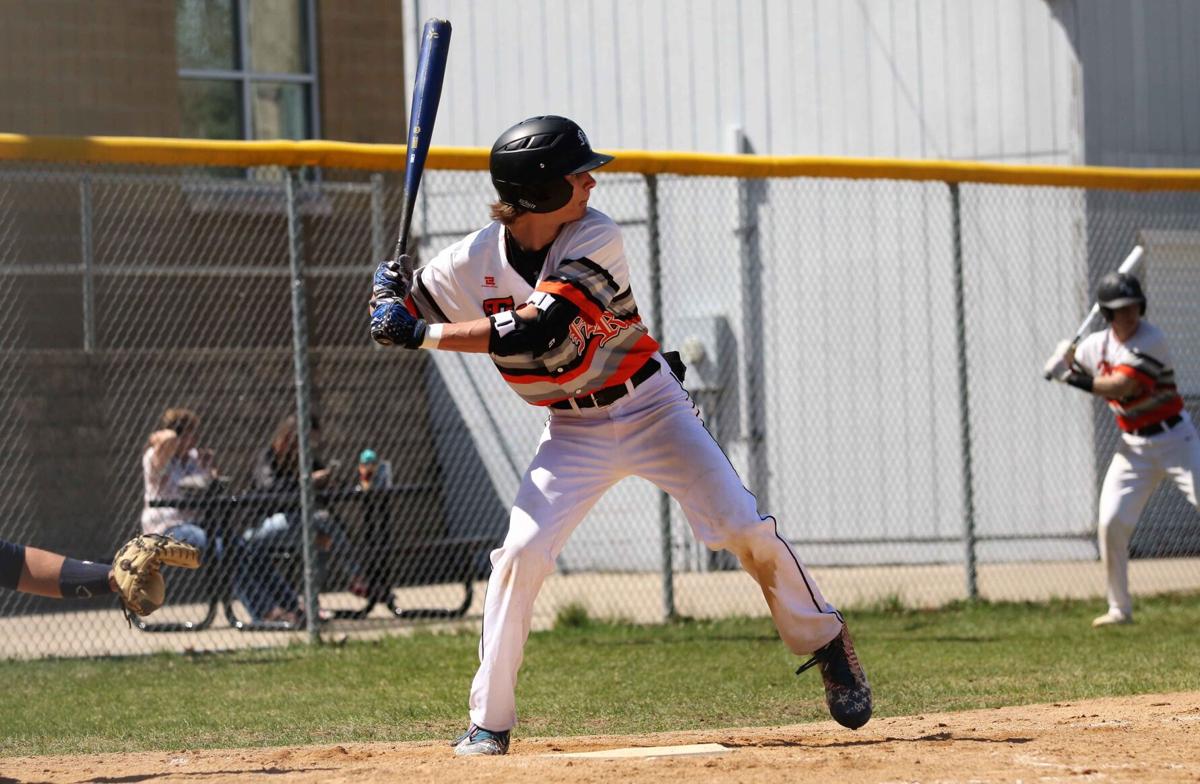 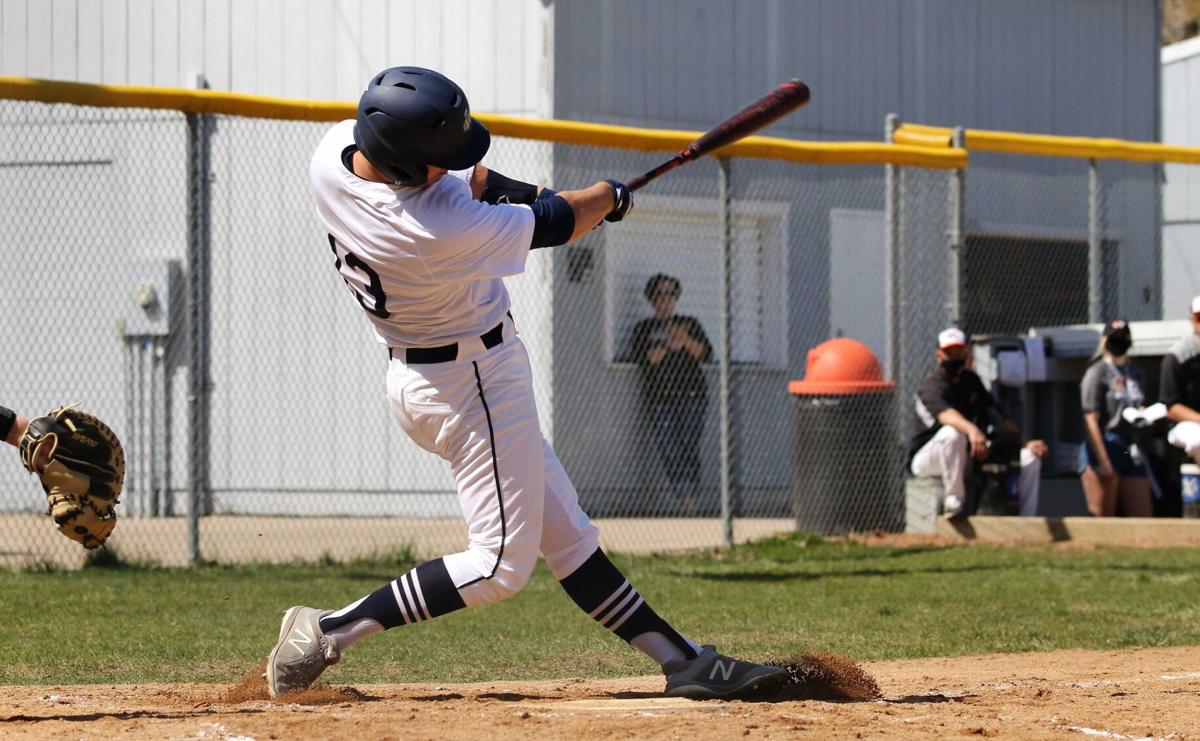 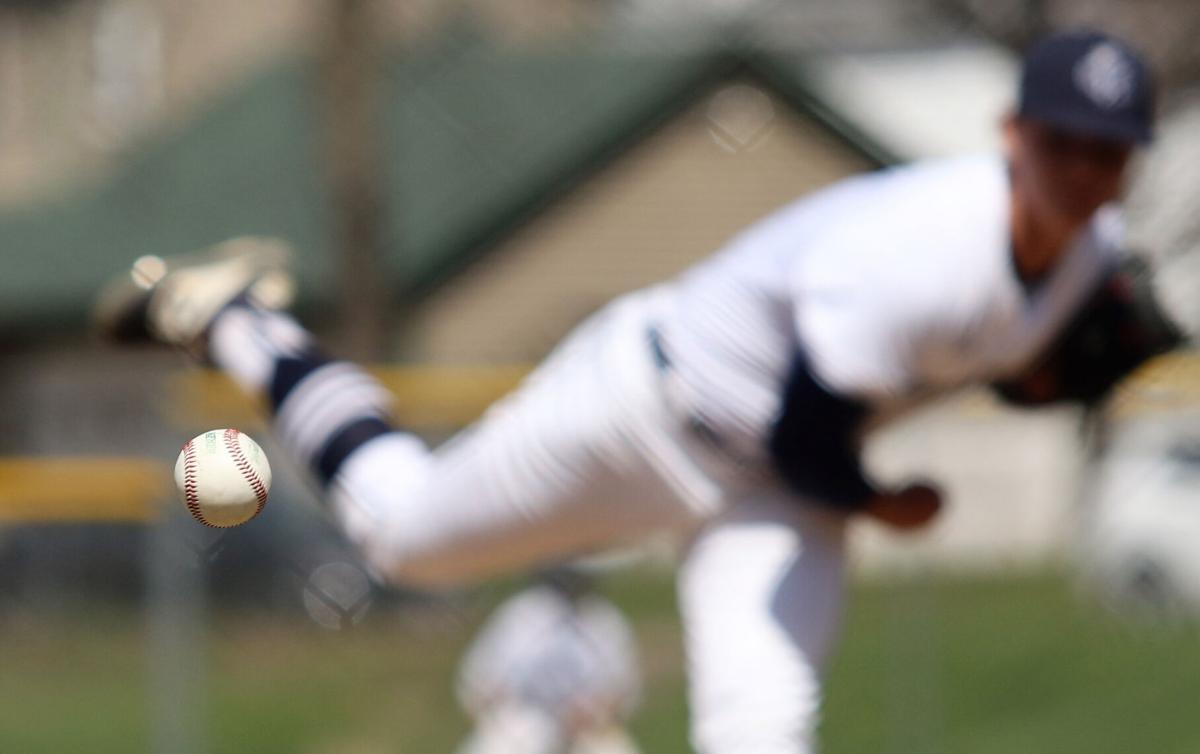 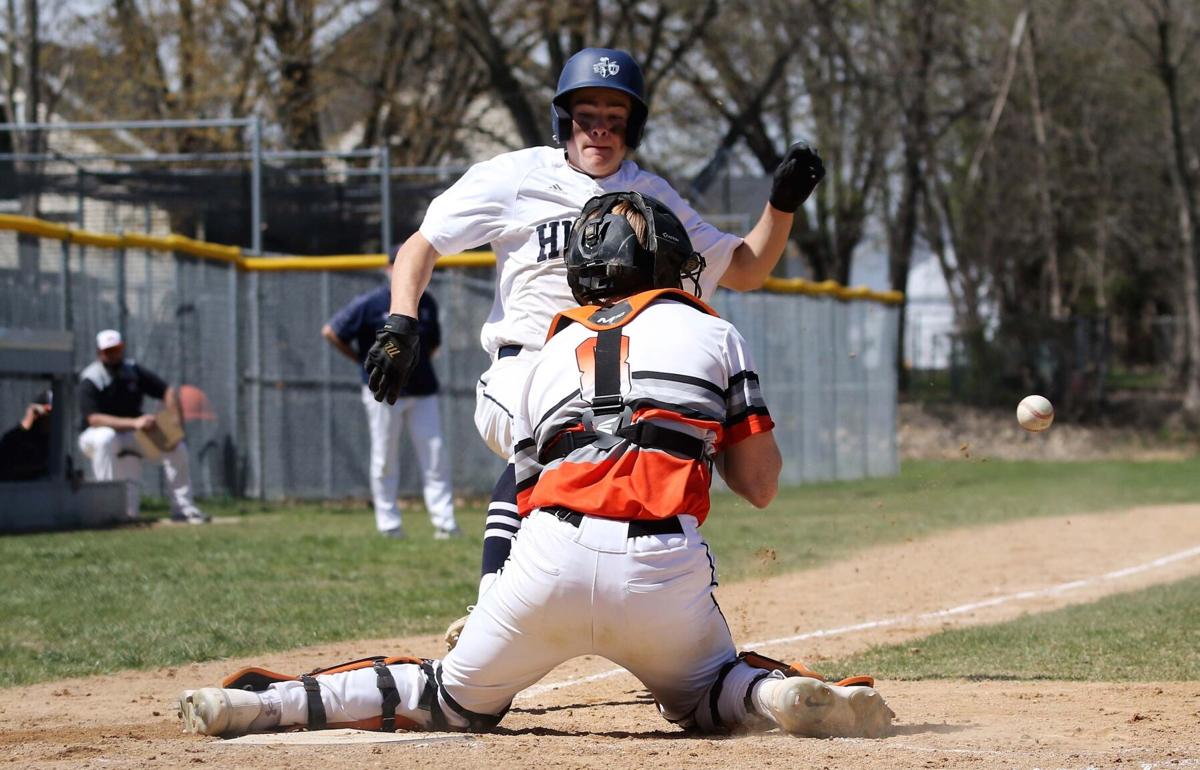 Hudson scored a pair of runs in each of the first two innings Saturday at New Richmond and added three more in the top of the fourth to open up a 7-0 lead.

VonBerge, meanwhile, cruised through the first four innings with six strikeouts and three walks on 63 pitches before the Raiders tacked on four more runs in the top of the fifth to extend their lead to 11-0 and put the mercy rule in play in their third straight game.

McCabe walked the first batter he faced in the bottom of the fifth and got a fielder’s choice and a fly out to left before Raider catcher Logan VonBerge picked the Tiger runner off first base to end the game.

Two days earlier Anderson pitched a two-hit shutout while striking out 11 in a 13-0 victory over Menomonie in the first game of a doubleheader with Menomonie at Grandview Park.

Sam Erickson doubled twice and Jake Busson had three hits, including a double, while Erickson, Busson and Anderson drove in two runs apiece.

In the nightcap, Logan VonBerge and Weadge combined on a two-hit shutout and a total of 12 strikeouts and Busson had his second consecutive three hit game as the Raiders duplicated their run total from the opener for another 13-0 win.

Blegen said the Raider pitching staff has been lights out early.

“Absolutely,” he said. “Is that a surprise? Maybe to some people but that's not a surprise to us. We're pretty confident with our pitchers.”

The Raiders will return to action with a home-and-home series against Eau Claire Memorial this week, visiting the Old Abes Tuesday, May 4, before hosting Memorial Thursday, May 6, at 5 p.m. at Grandview Park.