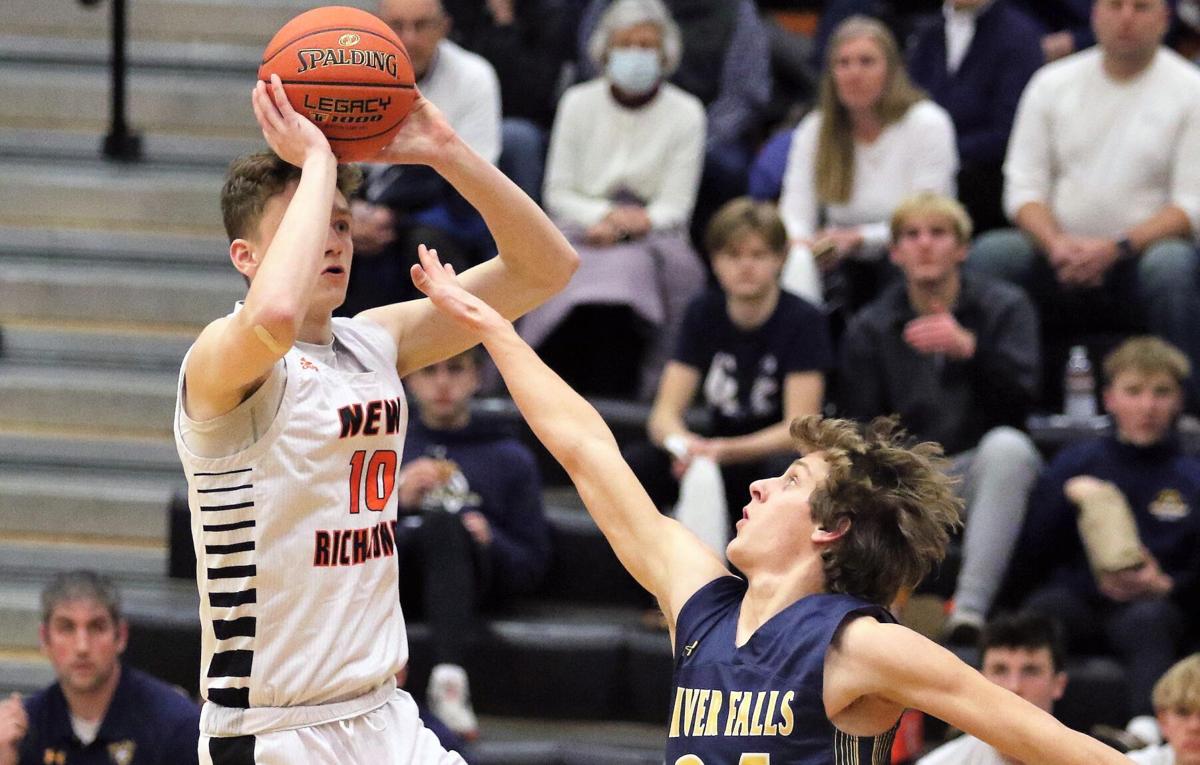 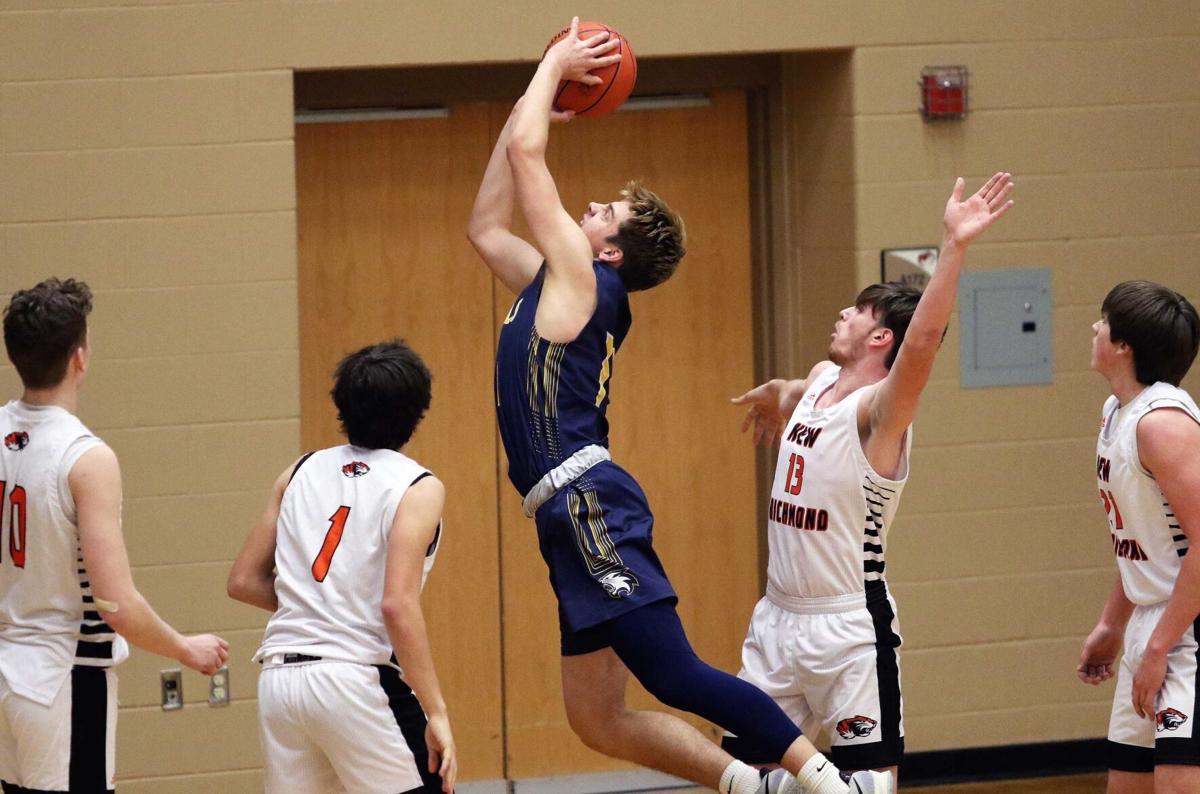 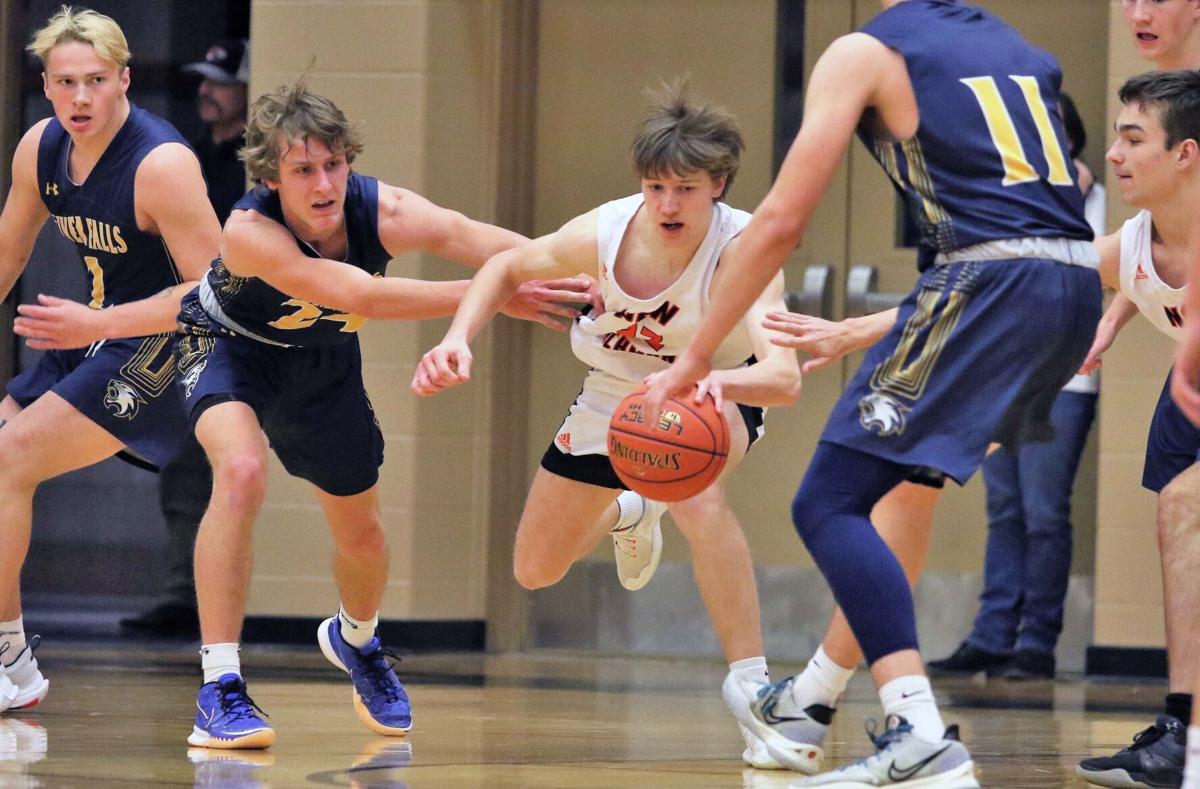 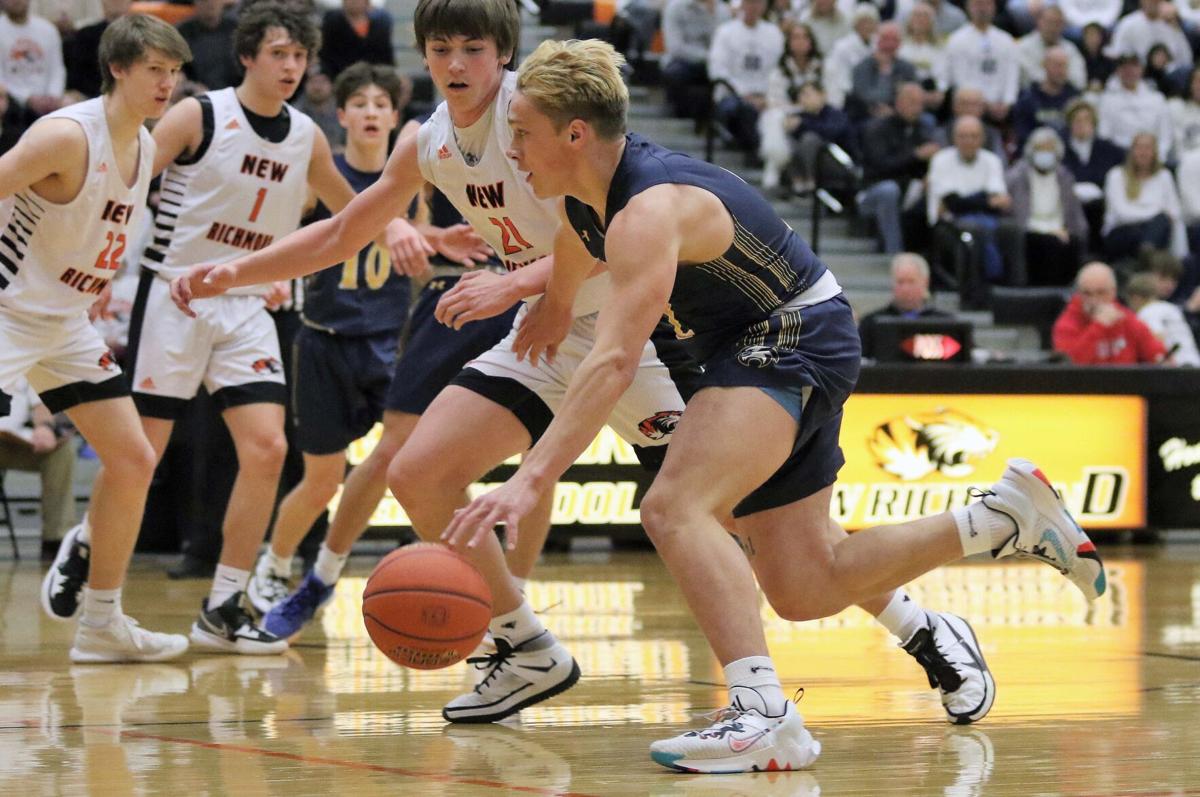 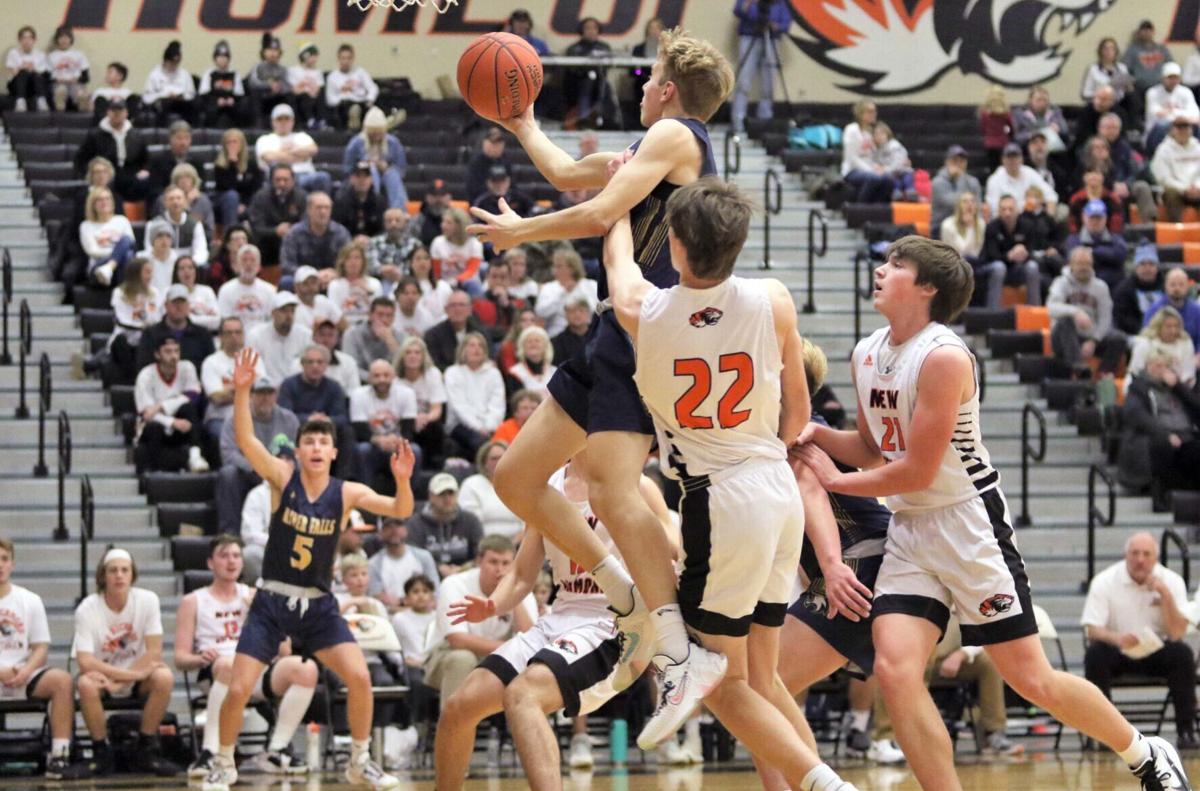 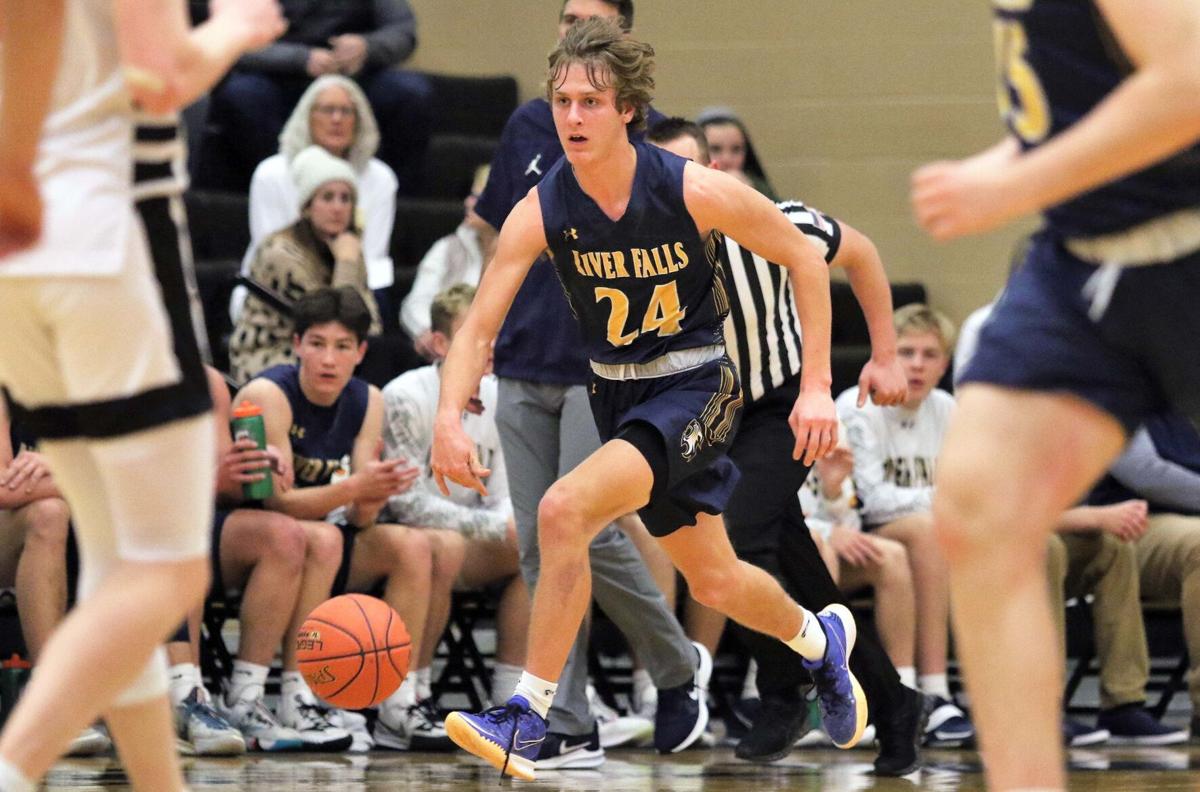 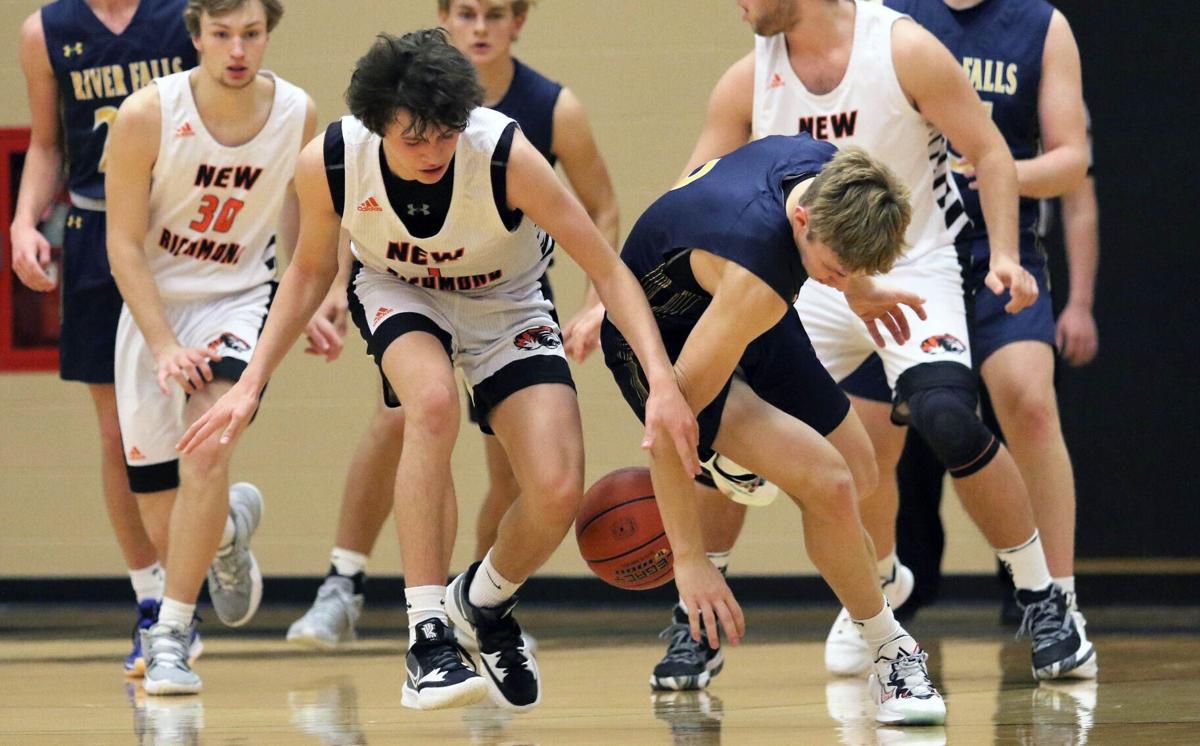 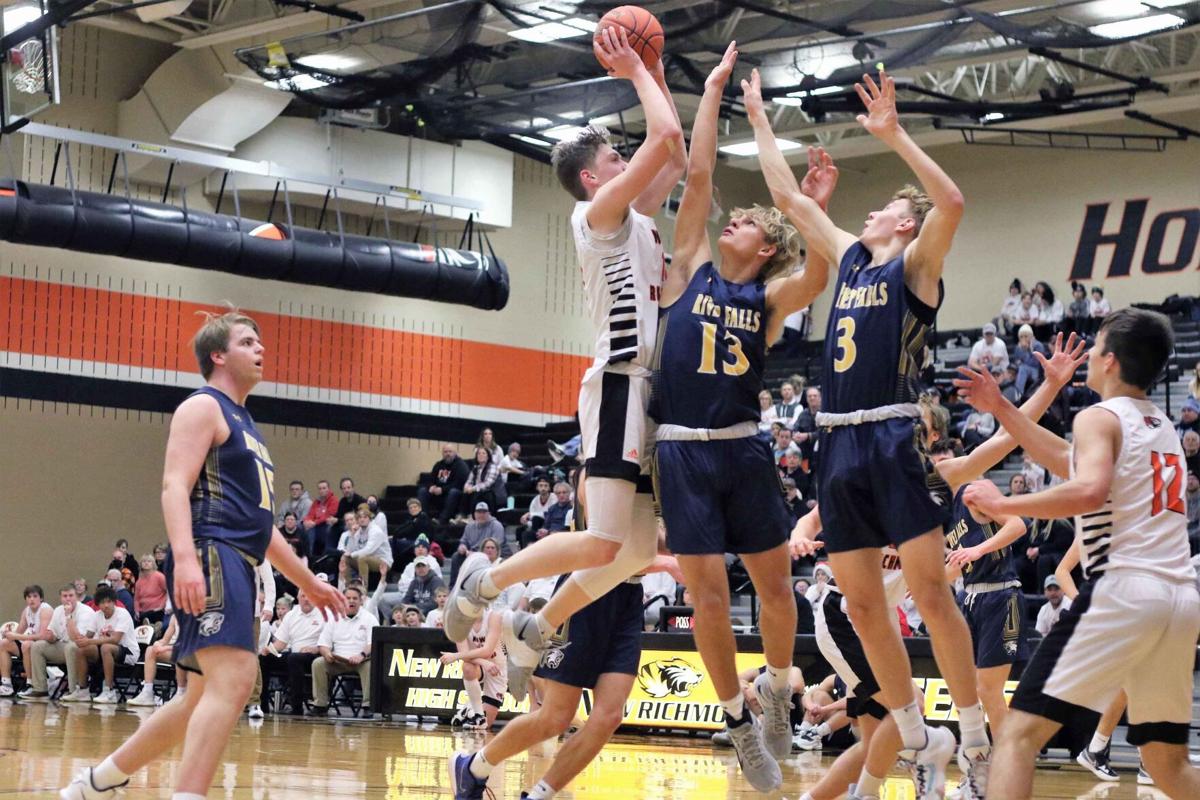 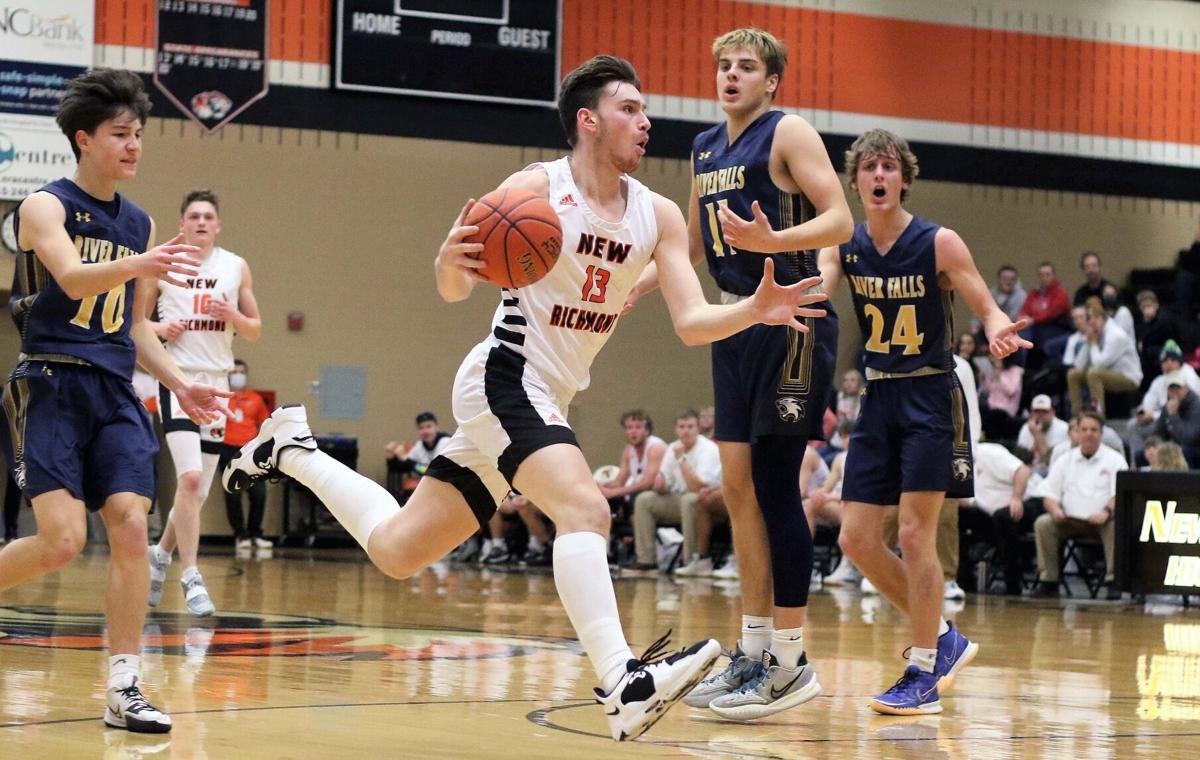 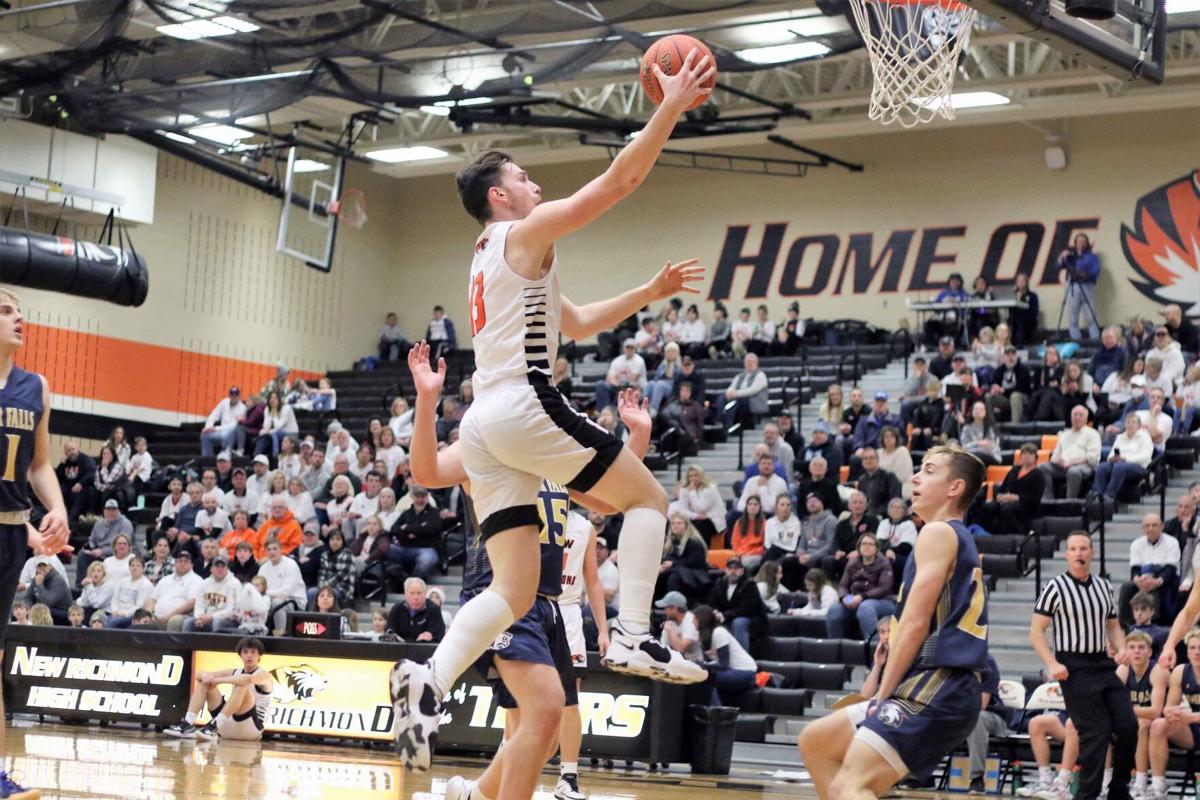 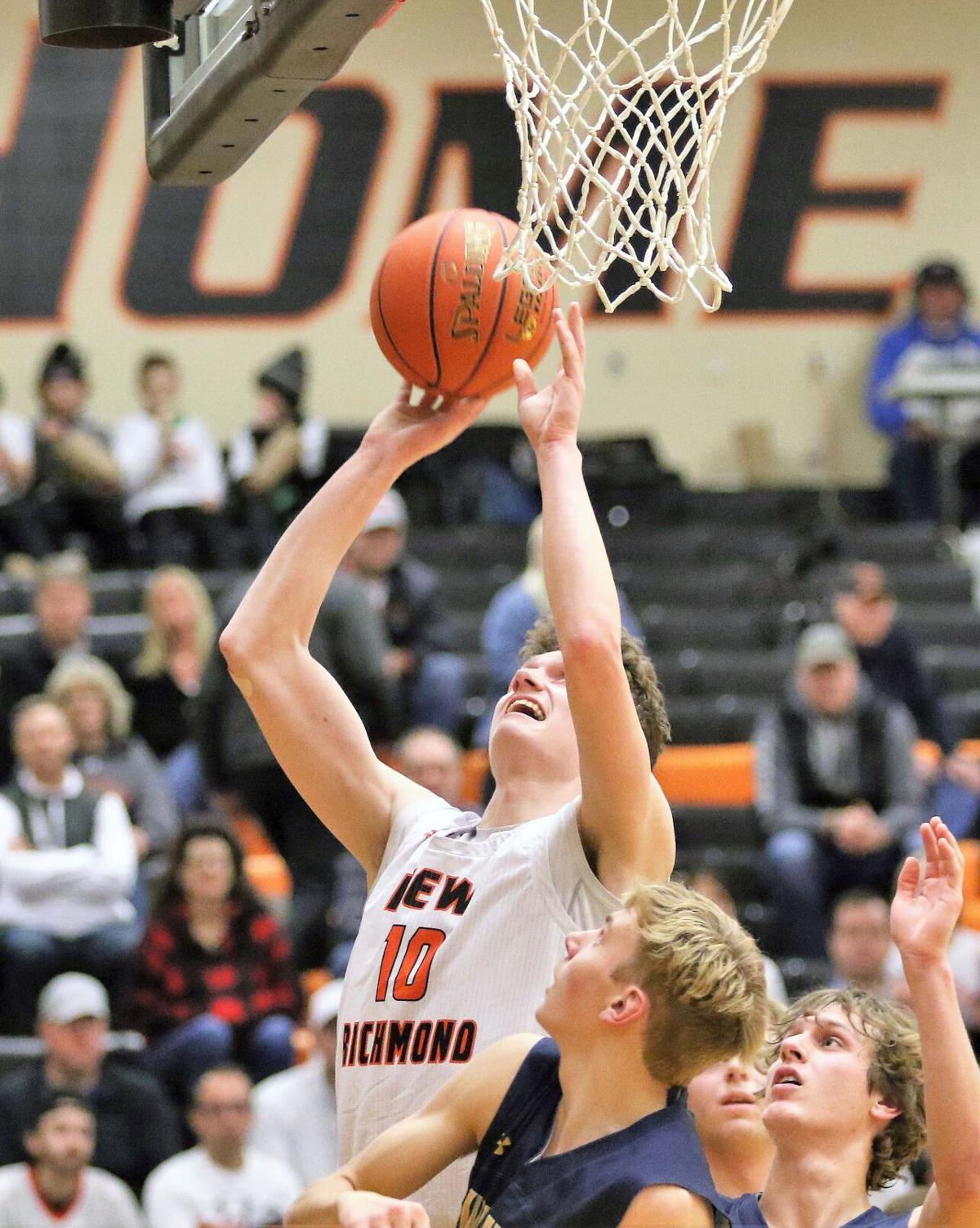 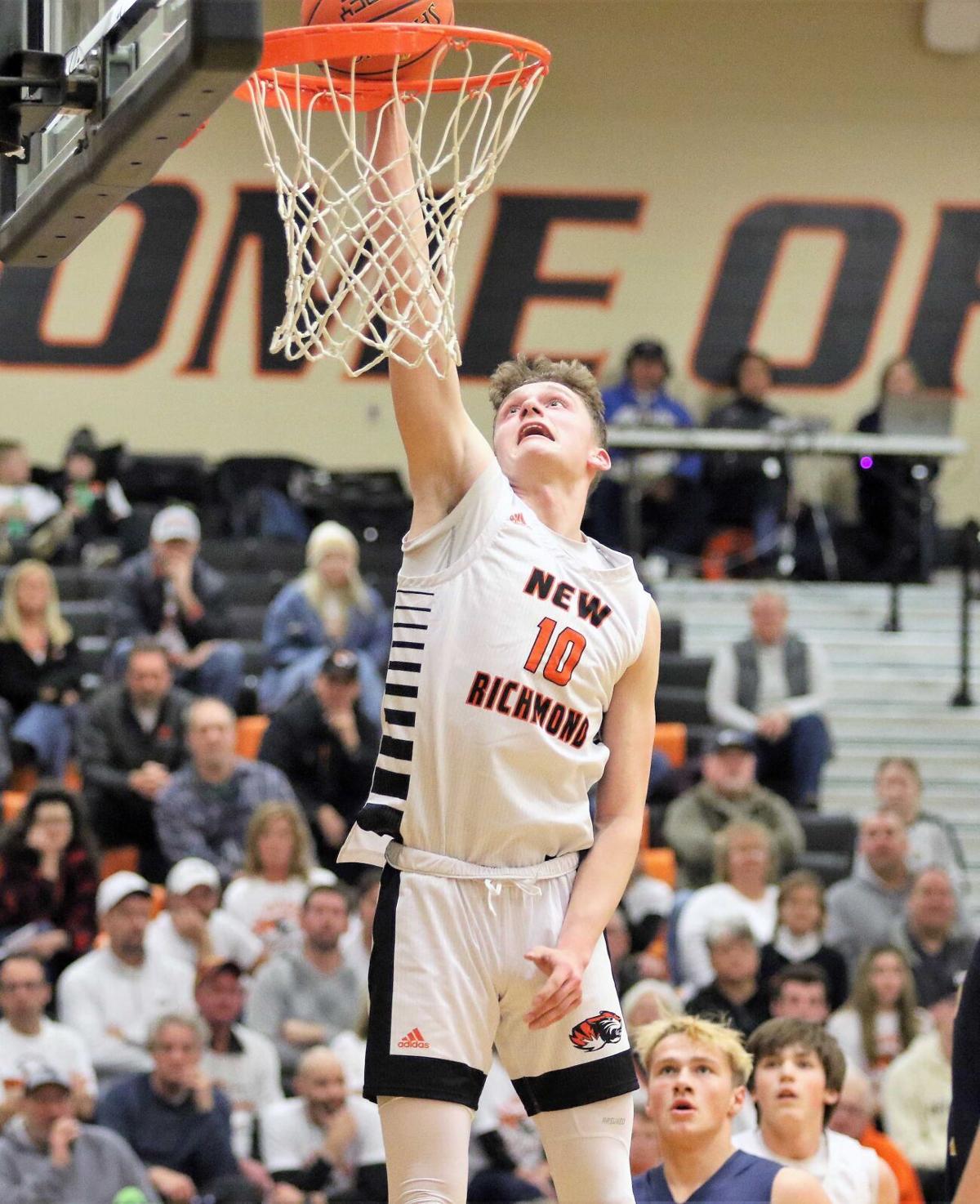 The win was the third of the week for the Wildcats and kept them undefeated on the season at 5-0 overall, 3-0 in the BRC. It was the first conference loss for the Tigers and evened their record at 2-2 overall.

The first half featured six lead changes and four ties before River Falls took a 25-23 lead into the break. New Richmond went up 30-29 on a steal and dunk by CJ Campbell three minutes into the second half, but it was all River Falls after that.

Ethan Campbell started the run with a three and Jack Hirstein followed from long range before another 3-pointer by Campbell and a Campbell layup pushed the Wildcat lead to double-digits, 40-30.

After New Richmond stopped the bleeding with a basket by Campbell to keep it a 10-point game, 42-32, the Cats got three straight 3-pointers from Jacob Landgraf, Campbell and Joey Butz to take their biggest lead of the game, 54-32, with 7:20 left.

River Falls finished with 11 3-pointers in the game on 26 attempts with Campbell and Hirstein accounting for three each. Campbell led the Cats with 22 points on 6-of-9 shooting from the field and 7-of-8 from the free throw line in addition to pulling down a team-high nine rebounds.

Hirstein hit all five of his field goal attempts, including three 3-pointers, to finish with 13 points and dished out five assists, while Michael Schurman contributed 10 points, five assists and five steals in the win.

River Falls finished with 18 assists on their 22 field goals and outrebounded New Richmond 35-26.

Campbell led all scorers with 27 points and grabbed 10 rebounds while Reis Hidde was the next leading scorer for the Tigers with five points.

River Falls returns to action Tuesday, Dec. 21, at home against Eau Claire Memorial in a battle of the only two undefeated teams remaining in the BRC. The Old Abes are currently ranked No. 4 in Division 1. New Richmond will host Eau Claire North Tuesday night.