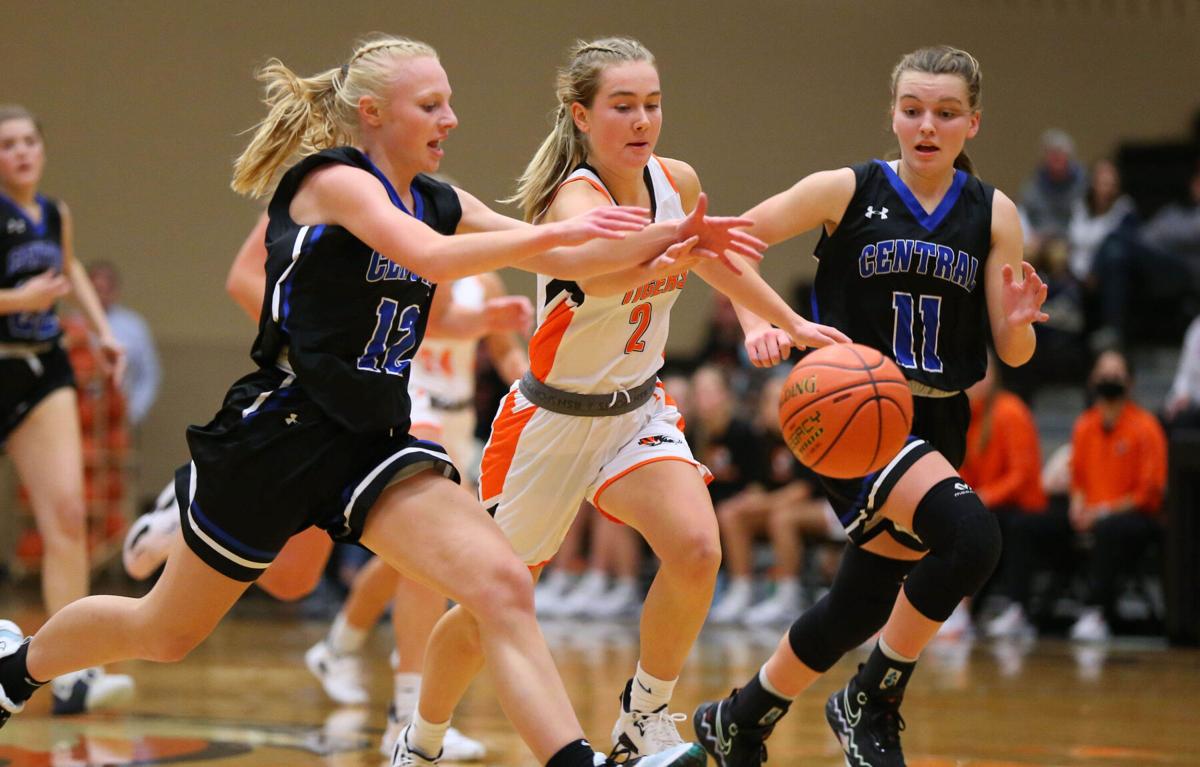 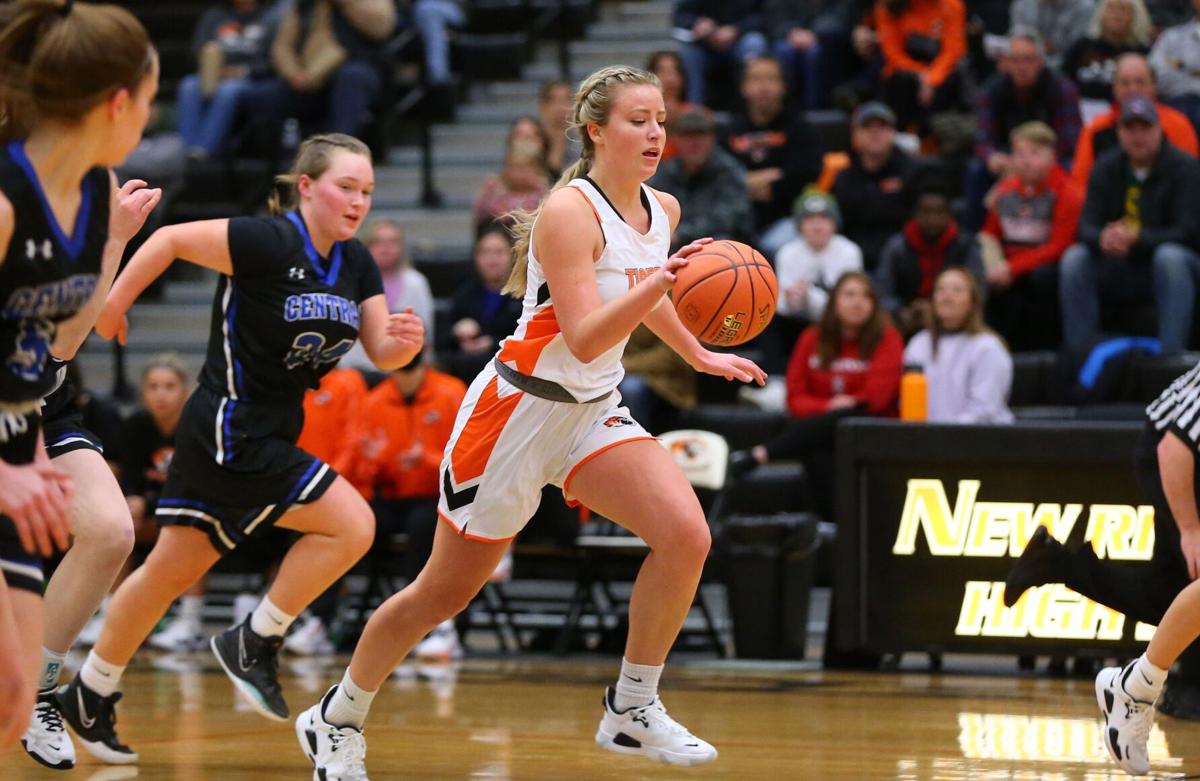 Two young teams took the court when St. Croix Central traveled to New Richmond to start the 2021-22 girls basketball season Tuesday night, Nov. 16. New Richmond used a halfcourt trap that caused endless problems for the Panthers in the first half, built a hefty lead, then settled in for a 51-28 win.

Tuesday’s game had all the subplots you could ask for. One coach was playing against the school where she is one of the most successful players in team history. The other coach was facing the team that gave him his first shot at being a varsity coach. Both teams were young, with one team having all its returning players on the perimeter and the other with all its returning players in the post.

The Tigers are playing under new coach Riley Walz, who had his first taste of varsity coaching two years ago at Central. Walz had junior guards Gaby Aune and Brooke Blaszczyk returning. They carried the Tiger offense, along with senior post Brooklyn Jackson. This trio combined for 40 of the Tigers’ points.

Walz was especially pleased with how Jackson took charge on the court, finishing with 13 points.

“She was in attack mode,” Walz said. “She’s been a great leader. She’s always the one who’s staying positive.”

The Tigers took charge with a stifling half-court trap defense. Aune led the charge, forcing numerous turnovers that resulted in the Tigers scoring 19 straight points, turning a 6-3 game into a 25-3 runaway.

“That was the goal,” Walz said of the success of the trap. “Last year they had trouble with ball pressure. Going forward, that’s something we’ll look to use as long as it’s effective.”

For Central, this game was a starting point for a young team. Panther coach Holly Spoo was an all-state player at New Richmond and an All-American at UW-Oshkosh before spending more than a decade as a college assistant coach.

The Panthers are very young. The players returning with the most experience are seniors Katie Gostovich and Sydney Burgess, who have drawn raves from Spoo for their leadership. Gostovich was just named all-state for the second time in volleyball and Burgess placed 13th at the WIAA Division 2 state golf championships, where she helped Central to a second place finish.

Where the Panthers were hurt most was the inexperience around the perimeter, where they often stepped into the traps set by the Tigers. The Panthers did appear to relax a bit in the final 10 minutes of the game, scoring the final 12 points.

Gostovich led the Panthers with eight points. The Panthers outrebounded the Tigers, with Gostovich grabbing seven and Alayna Hackbarth with nine.

Spoo said she knew there would be growing pains with a young Panther squad.

“It’s a good jumping off point. It’s a long journey, this is just one step,” she said.

Both teams resume their schedules next Tuesday. New Richmond will play at St. Croix Falls and Central will play at Ellsworth.