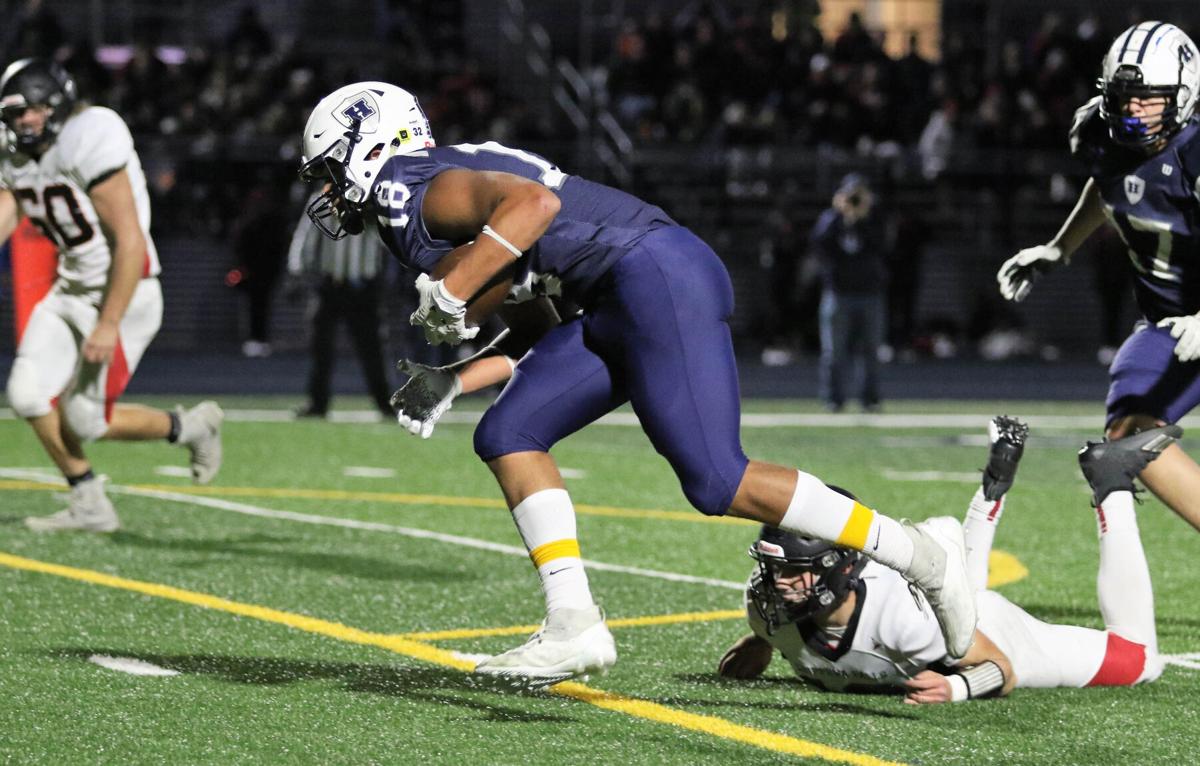 Hudson’s Evan Tyler (18) heads for the end zone after scooping up a Chippewa Falls’ fumble at the 10-yard line and returning it for a touchdown to give the Raiders a 14-7 lead midway through the third quarter Friday night, Oct. 15. Chippewa Falls scored a pair of fourth quarter touchdowns to defeat the Raiders 20-14. Bob Burrows / Star-Observer photo 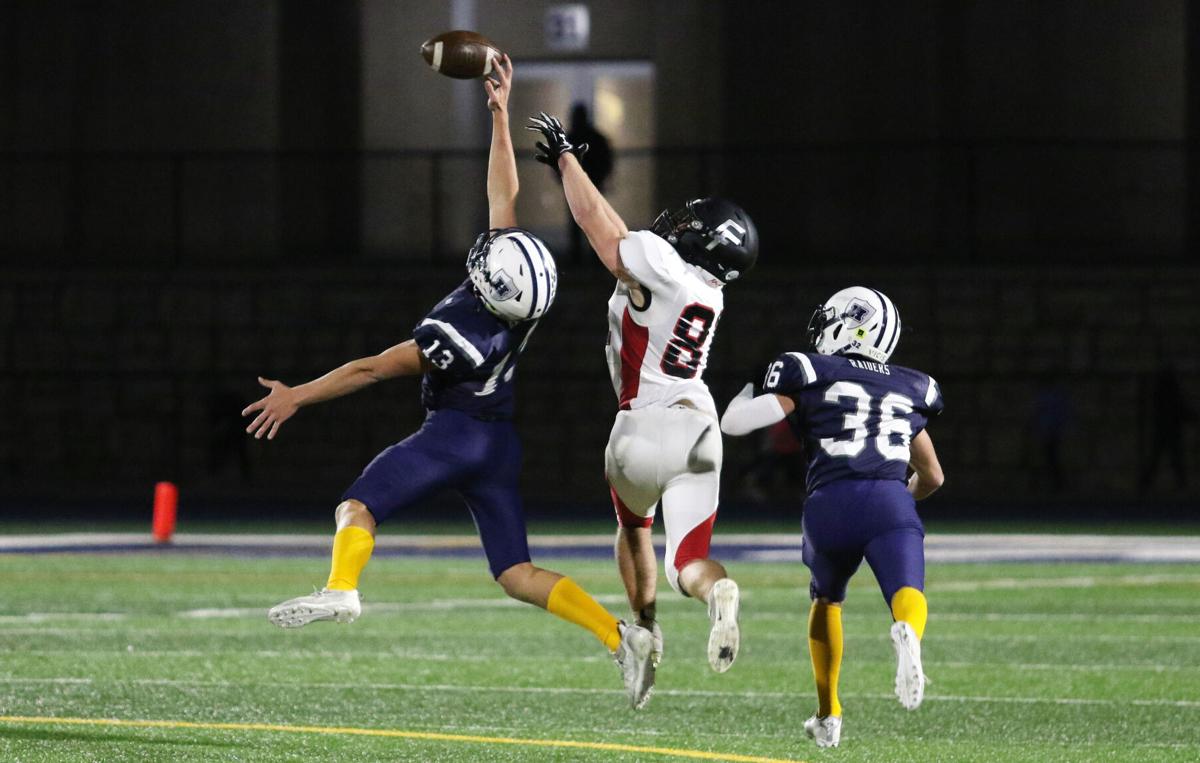 Hudson’s Erik Stubbendick (13) breaks up a pass intended for Chippewa Falls’ Mason Monerski (81) in the fourth quarter of the Raiders’ 20-14 loss to the Cardinals Friday night, Oct. 15, in Hudson. Bob Burrows / Star-Observer photo

For the second consecutive week, turnovers proved too costly for Hudson to overcome in a 20-14 loss to Chippewa Falls Friday, Oct. 15, at Raider Stadium

A 72-yard interception return on the first play of the fourth quarter allowed Chippewa Falls to tie the score 14-14, and after a Raider fumble on the ensuing possession the Cardinals capped a 62-yard scoring drive with a fourth down conversion from 20-yards out for the go-ahead score.

The Raiders had one last chance starting at their own 48-yard line with 4:12 remaining. Quarterback Carter Mears completed a pair of passes for first downs to Riley Anderson and Grant Jamieson, sandwiched around a Zach Kochendorfer first down run, to move the ball down to the Cardinal 17-yard line with 25 seconds left.

After a spike to stop the clock, Mears’ pass intended for Anderson in the corner of the end zone was broken up and his next two pass attempts fell incomplete to seal the win for Chippewa.

The Raiders struck first, marching 80 yards in six minutes following a missed Cardinal field goal attempt, when Jaiden Warner went over from a yard out and Jack Strong tacked on the extra point in the first minute of the second quarter.

Chippewa Falls answered on its ensuing possession, aided by a Hudson illegal participation penalty on a Cardinal punt, to make it a 7-7 game at the half.

Hudson took the second half kick at its own 32 and had a first-and-goal at the Cardinal one but couldn’t punch it in. But defensive end Evan Tyler scooped up a Chippewa Falls fumble at the 10-yard line three plays later and returned it for a score to give the Raiders a 14-7 lead midway through the third quarter.

After trading punts, Chippewa Falls’ defensive back Gavin Goodman stepped in front of a Mears’ pass at his own 28-yard line on the first play of the fourth quarter and returned it all the way for the tying score. The Raiders fumbled the ball right back to the Cardinals and Cardinal quarterback Brayden Warwick went up the middle for a 20-yard touchdown run on 4th-and-3 to give Chippewa a 20-14 lead with 8:26 remaining.

Goodman killed another Raider drive with his second interception of the game with six minutes remaining, and after forcing a Cardinal punt the Raiders put together their final drive of the game that ended on the Chippewa 17-yard line with 14 seconds remaining.

Tyler finished with seven tackles, one for a loss, and a fumble return for a touchdown and Erik Stubbendik made six tackles while Will McDonald totalled four tackles and a sack.

The loss leaves the Raiders at 5-4 overall, 4-3 in the Big Rivers Conference heading into the postseason. Playoff pairings will be announced Saturday afternoon.