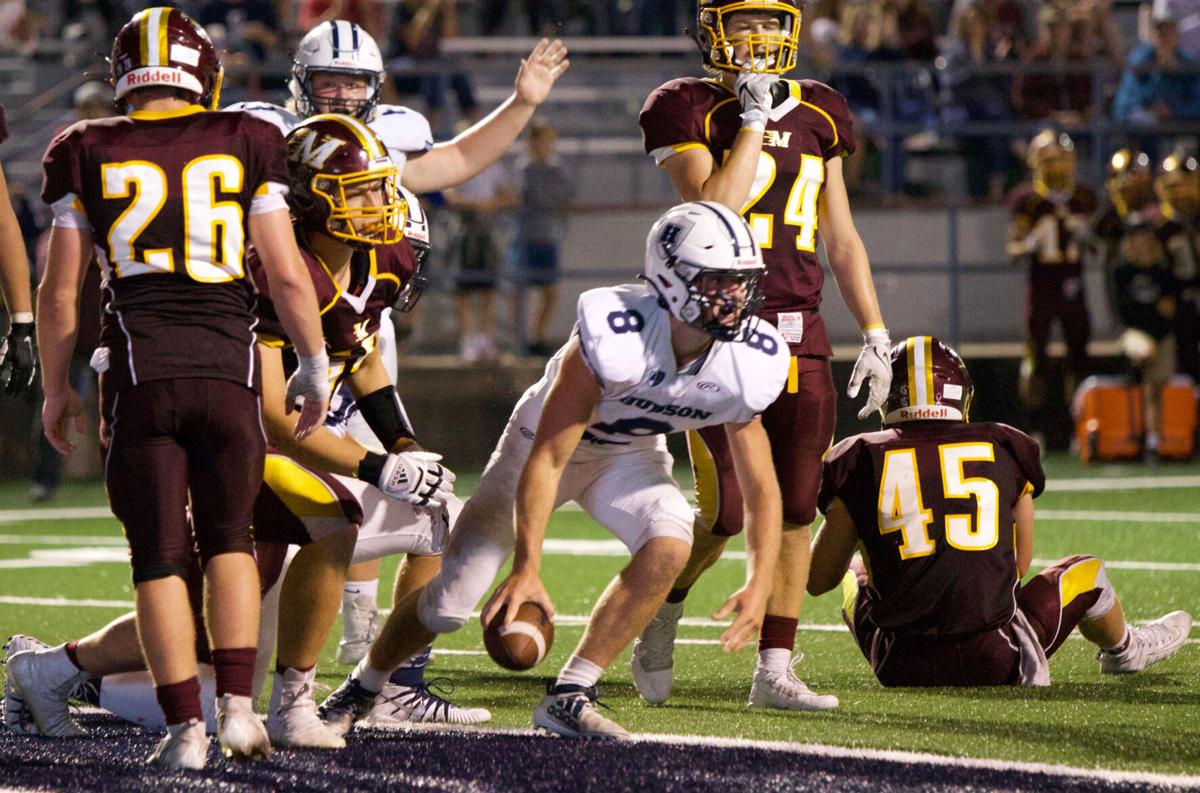 Hudson quarterback Carter Mears (8) reacts after scoring on a 1-yard touchdown run to give the Raiders a 13-7 lead over Menomonie Friday night, Sept. 10, in Menomonie. The Raiders scored 25 unanswered points to hand the Mustangs their first loss of the season, 25-7. Photo courtesy of Jenny Hansen 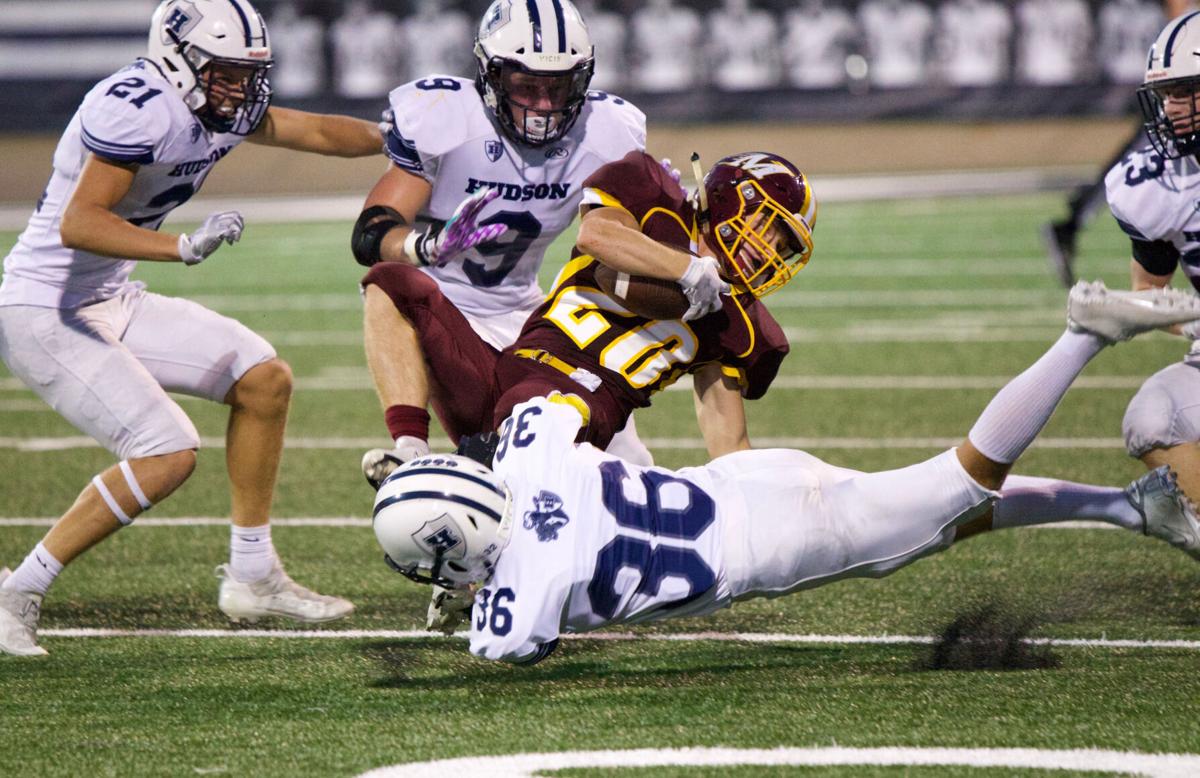 Hudson’s Braden DuCharme (36) brings down Menomonie’s Jack Stroud (20) for one of his six tackles in the Raiders’ 25-7 victory over the Mustangs Friday night, Sept. 10, in Menomonie. Photo courtesy of Jenny Hansen

It’s one thing to have a game plan. It’s another to execute it.

Hudson did both Friday night, Sept. 10, at Menomonie to hand the Mustangs their first loss of the season, 25-7.

Hudson coach Adam Kowles said the Raiders had very specific plans for all three phases of the game. On offense, they knew they couldn't turn the ball over like they did in their loss to Rice Lake a week earlier. Check. Defensively it was to limit the big plays. Check. And on special teams it was to punt the ball well, limit Menomonie’s returns and make their field goals. Check.

“We had a very specific plan this week and the players came out and executed it perfectly,” Kowles said. “The biggest key was the players played with enthusiasm and confidence from start to finish.”

The victory came after the Raiders laid an egg a week earlier to Rice Lake. But even after Menomonie scored on its opening drive of the game to take a 7-0 lead, Kowles said the Raiders stayed focused on their plan.

“Even after they scored on their opening drive to take the early lead, there was a sense on the sideline that they knew exactly what they had to do to get the win,” Kowles said about his players.

The Raiders made it a 7-7 game at the break on a second quarter 2-yard touchdown run by Troy Bounting, and took the lead for good when quarterback Carter Mears barrelled over from one-yard out in the third.

Bunting added another short TD run to open the fourth quarter and Jack Strong kicked field goals of 36 and 29 yards to make the final 25-7.

Kowles said the Raiders didn’t move the ball up and down the field, but took advantage of good field position created by the defense to put points on the board.

“The offensive line really asserted themselves as the game wore on and the backs and receivers did an excellent job blocking on the perimeter,” he said.

Kowles said after the Mustangs opening scoring drive, the Raider defense was outstanding the rest of the way.

“Hats off to the defensive front seven for getting pressure on their offense all night, and the defensive backs for keeping their receivers covered,” he said. “The name of the game was team defense, and everyone did their job.”

Offensively Jaiden Warner carried the ball 13 times for 68 yards and Bounting had 50 yards on 12 carries and one catch for 29 yards. Mears completed 5-of-9 passes for 77 yards, including a 39-yard completion to Riley Anderson.

The loss was the first of the season for the Mustangs, who entered the game ranked No. 7 in Division 2, while Hudson evened its record at 2-2 overall and 1-1 in the Big Rivers Conference. Kowles said the Raiders will enjoy the win before turning their attention to their home game against Eau Claire Memorial (0-4, 0-2) this Friday night.

“I couldn't be happier for the team,” he said. “Now, we need to keep improving and look forward to next week.”