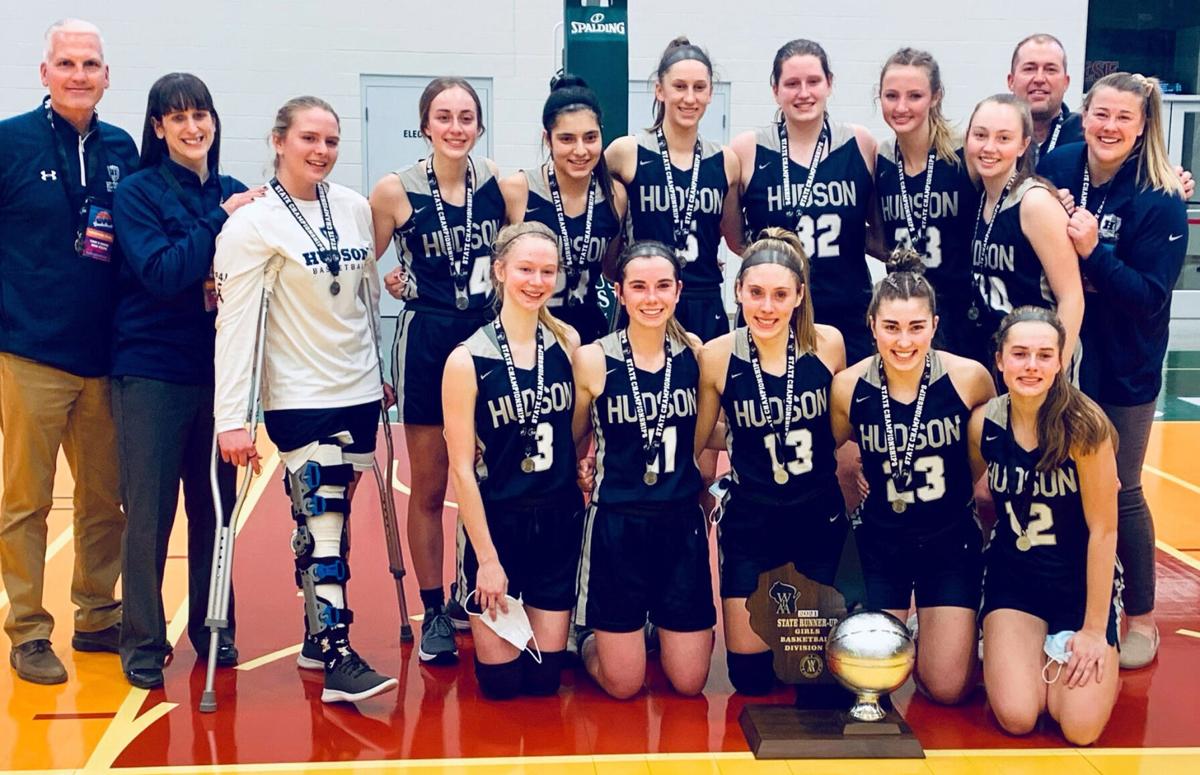 The Wisconsin Interscholastic Athletic Association, in cooperation with Rural Mutual Insurance Company, has selected the Hudson girls’ basketball team and the Somerset boys’ hockey team as recipients of the Sportsmanship Award for their respective 2021 Winter State Tournaments.

The Hudson girls’ basketball team received the award for the state for the state tournament games held at the Menominee Nation Arena in Oshkosh, which hosted Divisions 1 and 3. The Raiders finished runner-up in Division 1, falling to Germantown 63-48 in the championship game.

It’s the fourth time Hudson has received the award, previously earning the honor in girls soccer in 1996, boys soccer in 1998 and in gymnastics in 2018.

Somerset was the one program to receive the award in boys hockey. The Spartans fell 5-1 in their semifinal match-up against eventual and defending champion St. Mary’s Springs at the Division 2 state tournament in Wisconsin Rapids. It’s the second time Somerset has claimed the award.

In the winter of 2021, to accommodate the restructuring of the state tournaments in midst of the COVID-19 pandemic, the WIAA/Rural Insurance Sportsmanship Award was presented to one school program and community in each division or venue of state team tournaments that demonstrated outstanding sportsmanship.

Award winners were determined by the conduct and sportsmanship displayed by athletes, coaches, cheer and support groups, mascots, bands and spectators. Additional consideration is given for the effort of school administrators and chaperones to ensure support for their teams are positive and that the highest ideals of sportsmanship are demonstrated.

Award winners receive a trophy and banner in recognition of the honor. Schools receiving honorable mention are acknowledged with a certificate of recognition. The selection process includes contributions and evaluations from contest officials, tournament management, police and security personnel, crowd control and ushers, WIAA staff members, and area hotels and restaurants on occasion.