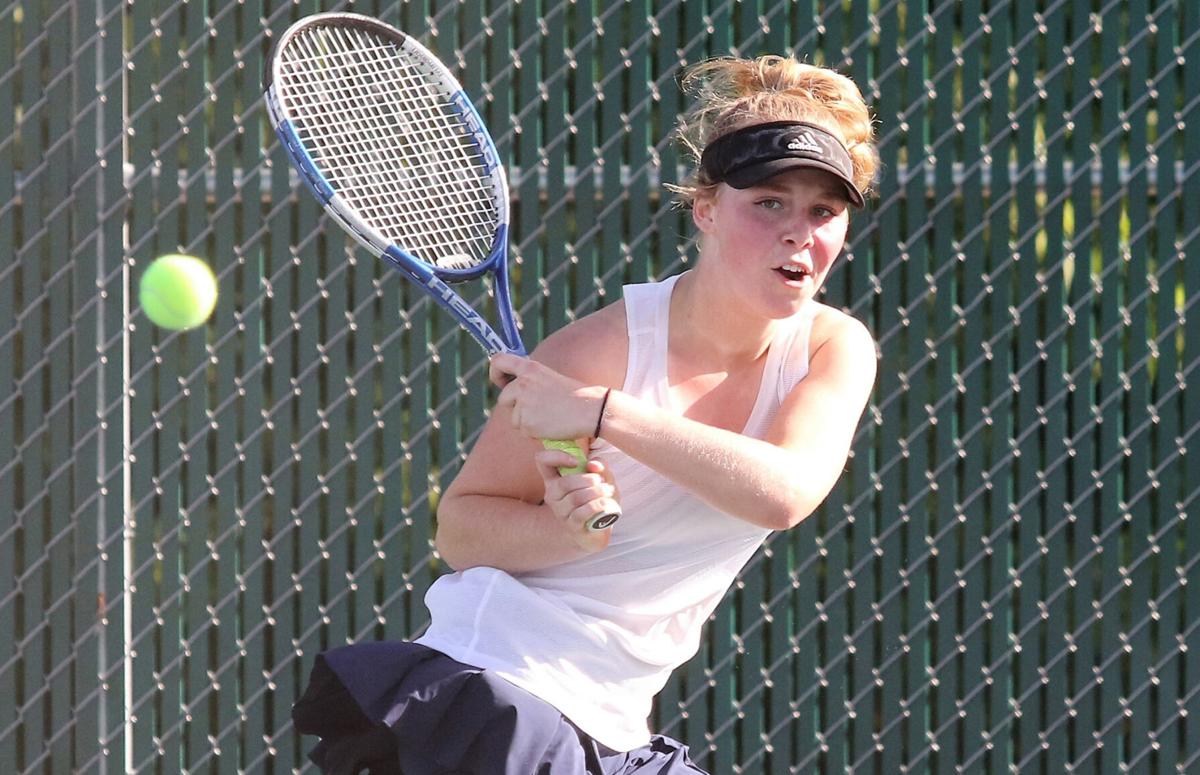 Hudson’s Grace Diedrich follows through on a backhanded return in her No. 2 singles victory over New Richmond’s Onalie Dennis in the Raiders Big Rivers Conference match against the Tigers Tuesday, Sept. 7 in New Richmond. Bob Burrows / Star-Observer photo 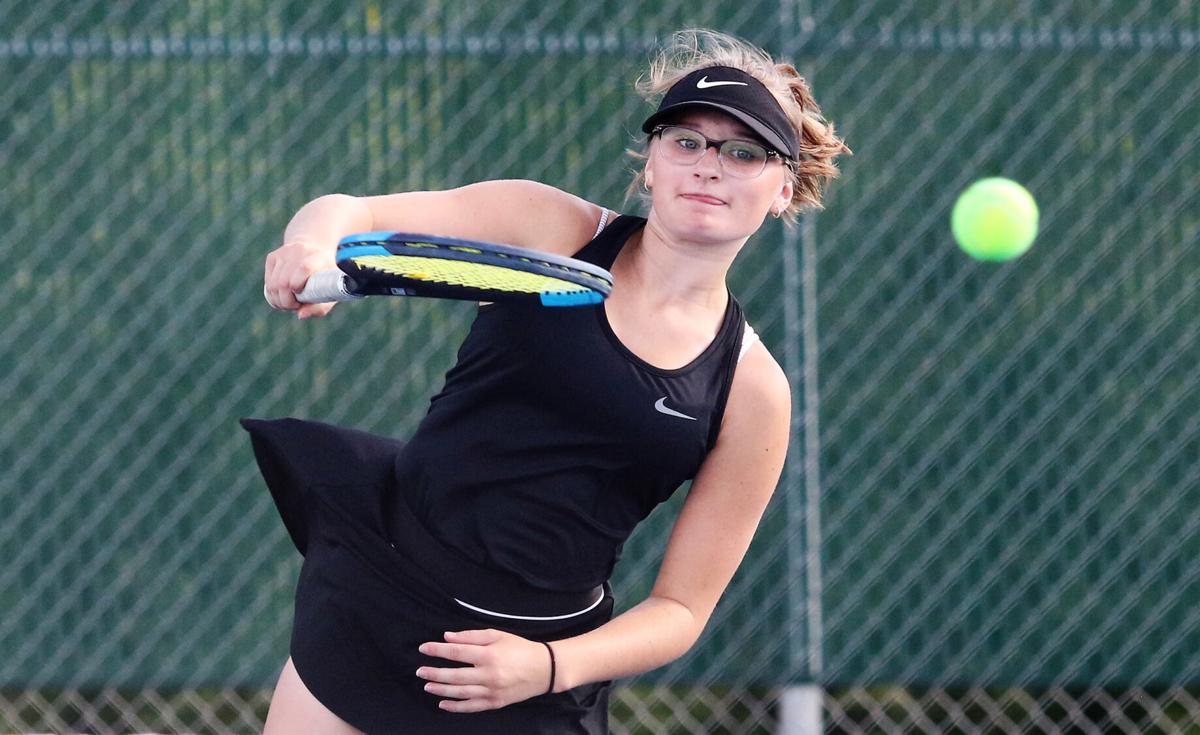 New Richmond’s Lily Brinkman hits an overhead smash at the net in her match with No. 3 doubles partner Carolin Fuchs in their match against Hudson’s Nicole Hockin and Jenna Simmons Tuesday, Sept. 7 in New Richmond. Bob Burrows / Star-Observer photo

The No. 1 singles match between Hudson’s Lily Holmberg and New Richmond’s Izzy Brinkman went to three sets with Holmberg pulling out a 6-3, 1-6, 6-3 victory in the end. Grace Diedrich defeated Onalie Dennis 6-2, 6-4 at No. 2 singles and Claire Keech beat Alanna Knutson 6-4, 6-1 at No. 3.

Two of the three doubles matches included first set tiebreakers, with Hudson’s Grace Lewis and Kira Young posting a 7-6 (3), 6-3 victory over Brogan O’Flanagan and Rhea Warner at No. 1 and Nicole Hockin and Jenna Simmons defeating Carolin Fuchs and Lily Brinkman 7-6 (5), 6-3 at No. 3.

Jordan Yacoub and Bailey Finch earned the sixth Hudson point with a 6-3, 6-3 victory over MhKellan Storie and Bella Baillargeon.

New Richmond will host a quad with Marshfield, Onalaska and Superior on Saturday, Sept. 11 while Hudson returns to action Tuesday, Sept. 14 at home against Rice Lake.