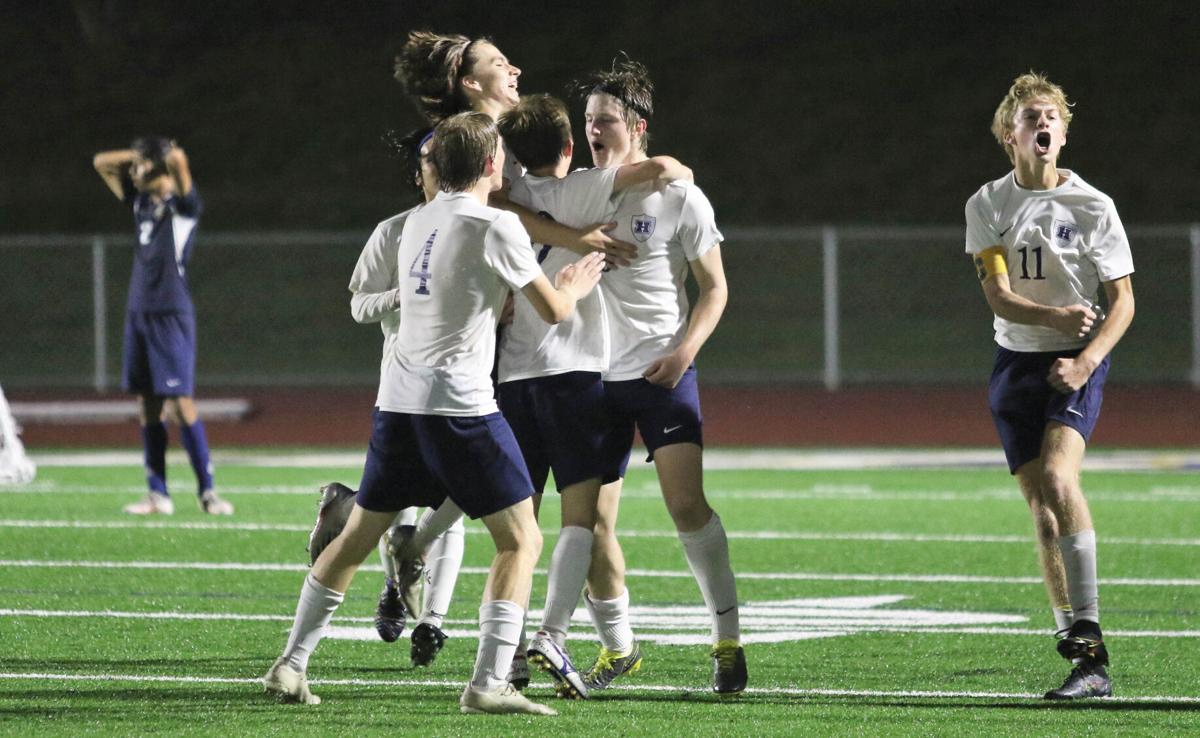 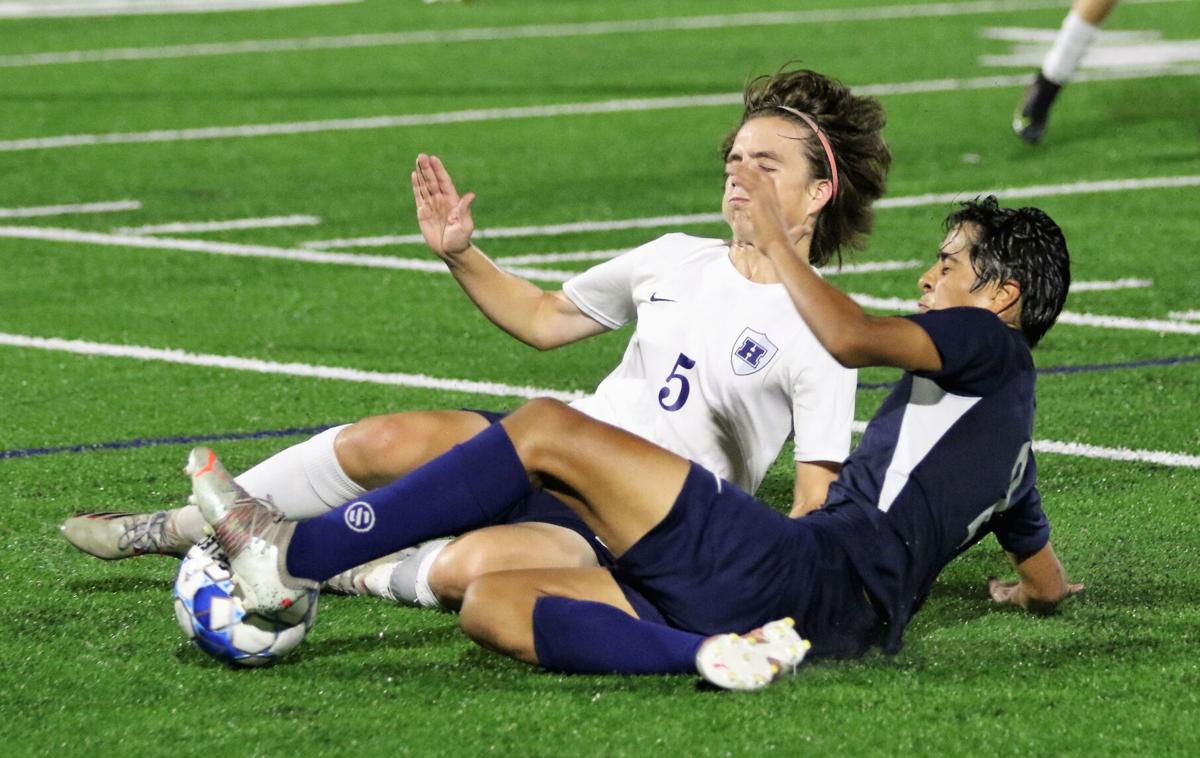 Hudson’s Jack Wasmund (5) and River Falls’ Julian Durand go to the ground to try and gain possession of the ball in the second half of the Raiders’ 2-1 victory over the Wildcats Thursday night, Oct. 7, in River Falls. Bob Burrows / Star-Observer photo

One day after earning the top seed in the playoffs, the Hudson soccer team moved one game closer to locking up the Big Rivers Conference title with a 2-1 come-from-behind victory over River Falls Thursday night, Oct. 7, in River Falls.

Hudson defeated Eau Claire Memorial 2-1 in the first round of the BRC’s round-robin tournament Tuesday night, Oct. 5. Wednesday it was awarded the top seed in its WIAA Division 1 sectional before Thursday night’s win put them at 2-0 in the BRC tourney with one game remaining– Tuesday night, Oct. 12, at New Richmond.

River Falls struck first Thursday night against Hudson when Zack Nye put the ball into the far corner on a full run for the only goal of the first half.

It remained a one goal game until the Raiders were awarded a penalty kick with 10 minutes remaining and Darren Chukel converted the tying goal.

Noah Bekemeyer netted the game winner when he took a nifty pass from Chukel on the right side and slipped the ball inside the far post with 4:04 remaining.

Hudson earned the top seed in Division 1 and will open sectional play Tuesday, Oct. 19, at home against No. 8 Eau Claire North.

New Richmond is the top seed in Division 2 while River Falls is No. 3. The Tigers will host No. 8 Sparta Tuesday, Oct. 19 while the Wildcats will face No. 6 Holmen. New Richmond and River Falls will both get a sneak peek at their potential sectional opponents when Holmen and second-seeded Onalaska come noth to play both the Tigers and Wildcats this Saturday, Oct. 9.

In the Division 3 sectional bracket, fourth-seeded Somerset will open the postseason against No. 5 Unity/St. Croix Falls Thursday, Oct. 21, while No. 7 St. Croix Central will travel to No. 2 Shell Lake.