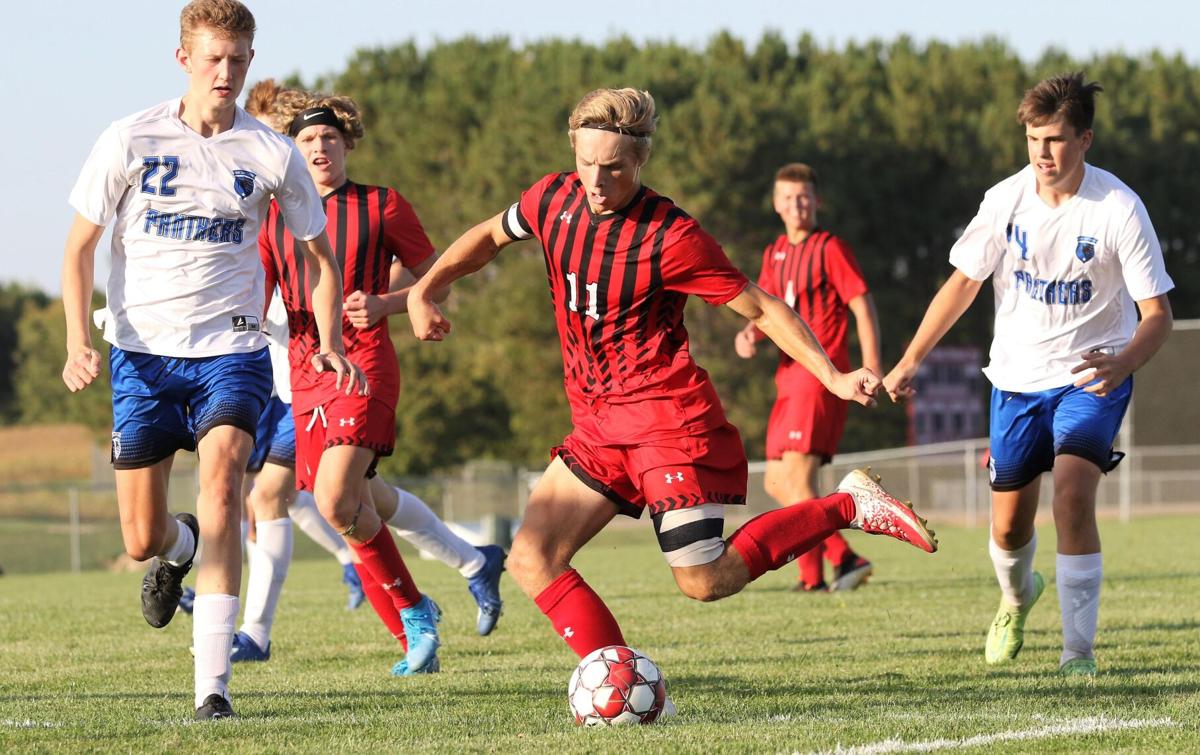 Somerset senior Torsten Strom (11) gets off a shot in the box in the second half of the Spartans’ Middle Border Conference match against St. Croix Central Thursday, Sept. 16, in Somerset. Strom scored two goals in the Spartans’ 4-1 win. Bob Burrows / Star-Observer photo 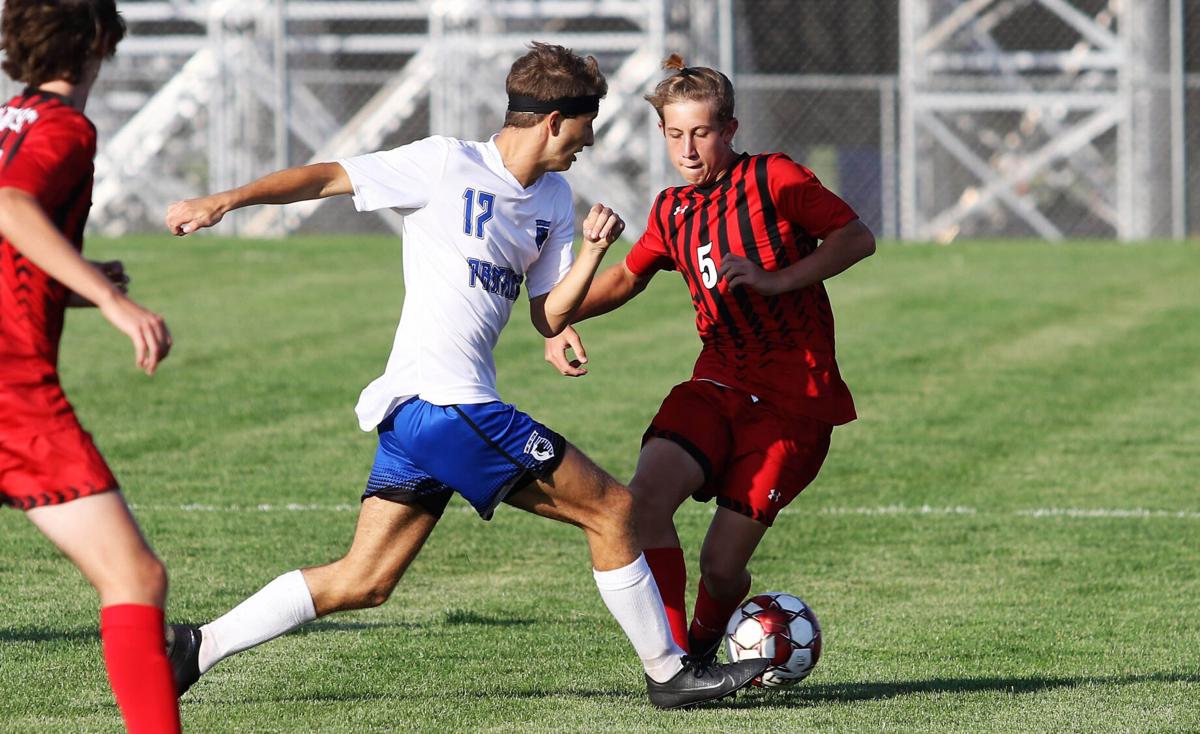 St. Croix Central’s Carson Talledge (17) steals the ball from Somerset’s Blake Freese in the second half of the Panthers’ 4-1 loss to the Spartans Thursday, Sept. 16, in Somerset. Bob Burrows / Star-Observer photo

Torsten Strom scored a pair of goals as Somerset remained on the heels of Baldwin-Woodville in the Middle Border Conference boys’ soccer standings with a 4-1 victory over St. Croix Central Thursday, Sept. 16, in Somerset.

The victory came three days after Somerset and Baldwin-Woodville played to a 2-2 tie and left the Spartans with a conference record of 3-1-1, right behind the 3-0-1 Blackhawks.

Strom scored a pair of first half goals sandwiched around a successful penalty kick by Brock Harris Thursday afternoon against St. Croix Central. The senior captain struck one more time before the Panthers tallied a late goal to make the final 4-1.

Earlier in the week against Baldwin-Woodville, Nolan Harty’s goal with five minutes remaining gave the Spartans a 2-2 tie with the Blackhawks. Conrad Webb scored in the ninth minute to give Somerset a 1-0 lead but Baldwin went up 2-1 with 15 minutes remaining before Webb’s tying goal.