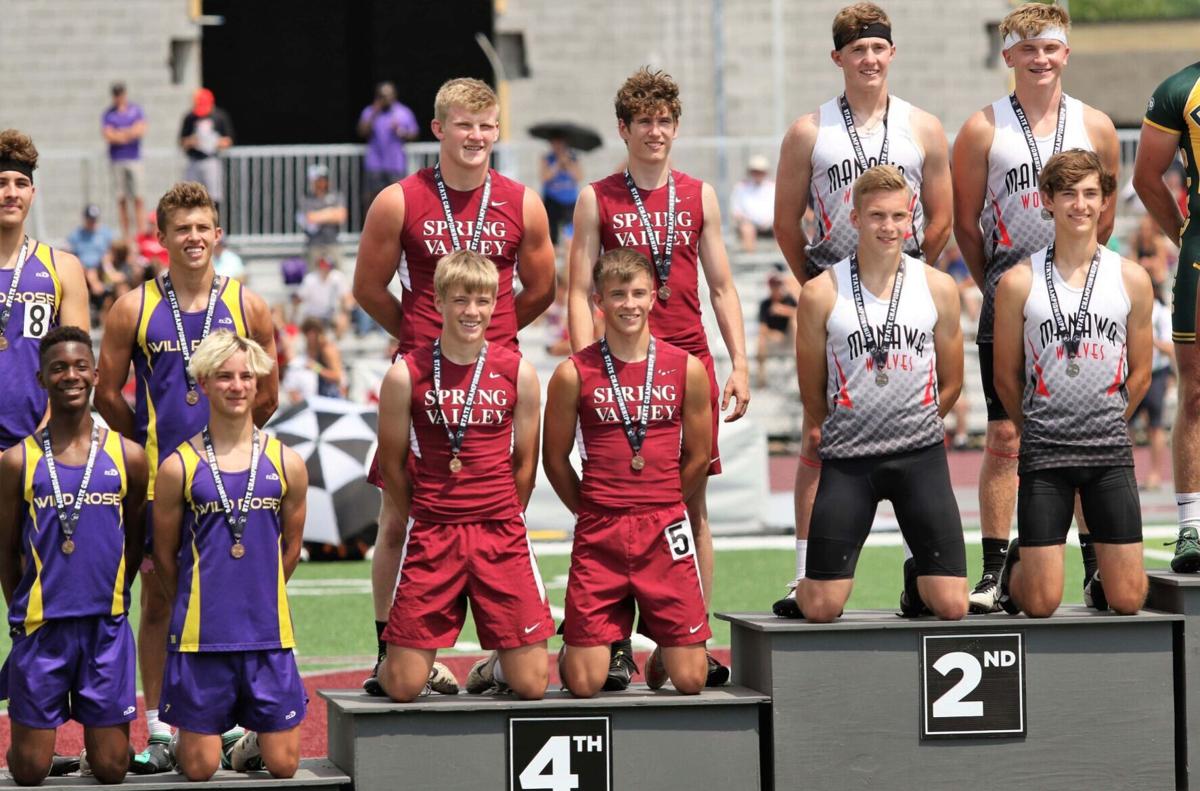 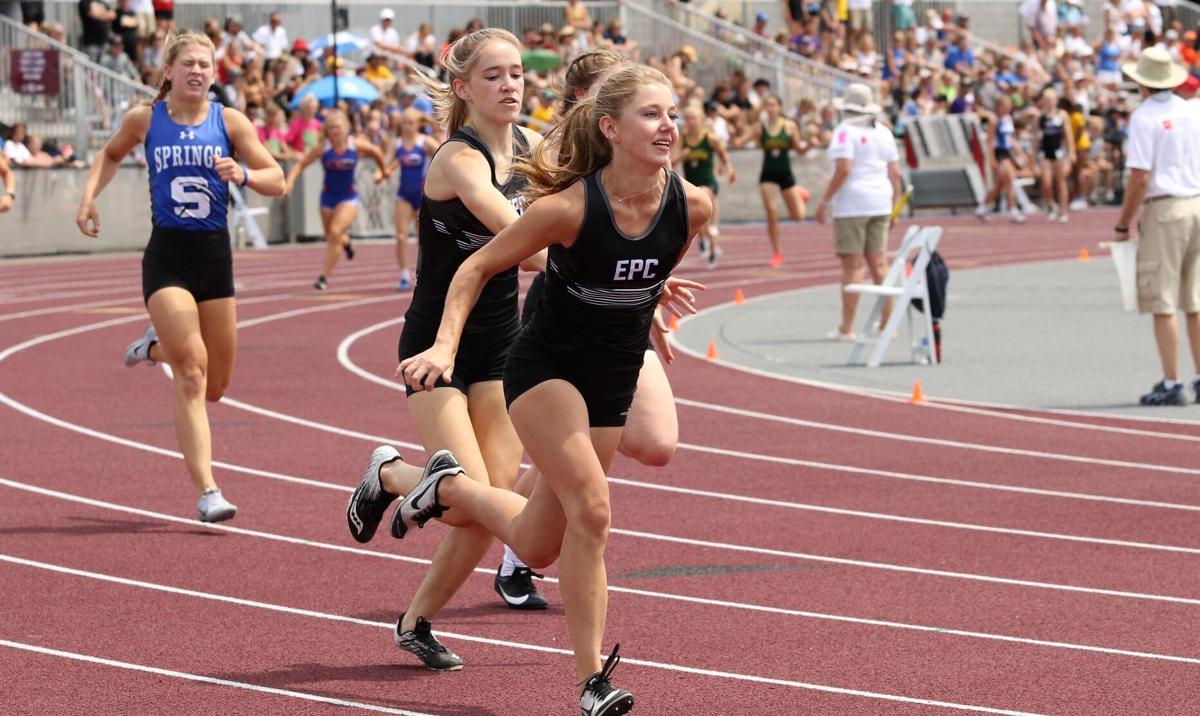 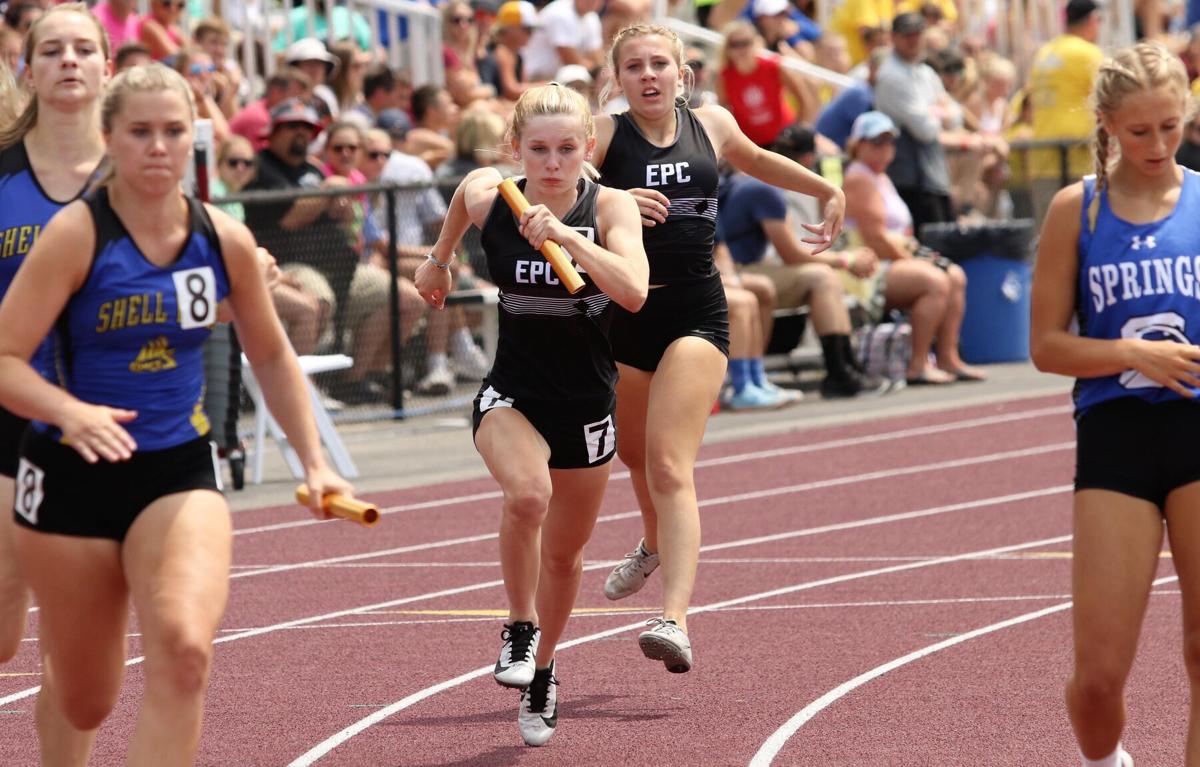 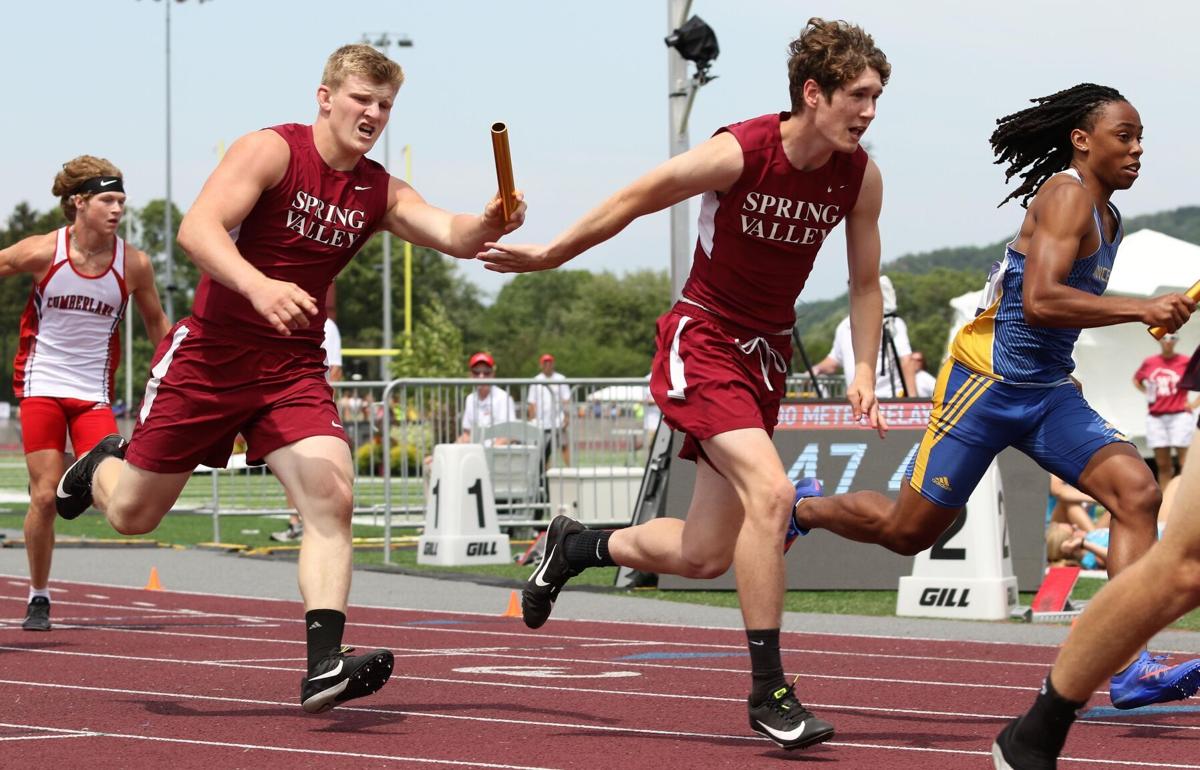 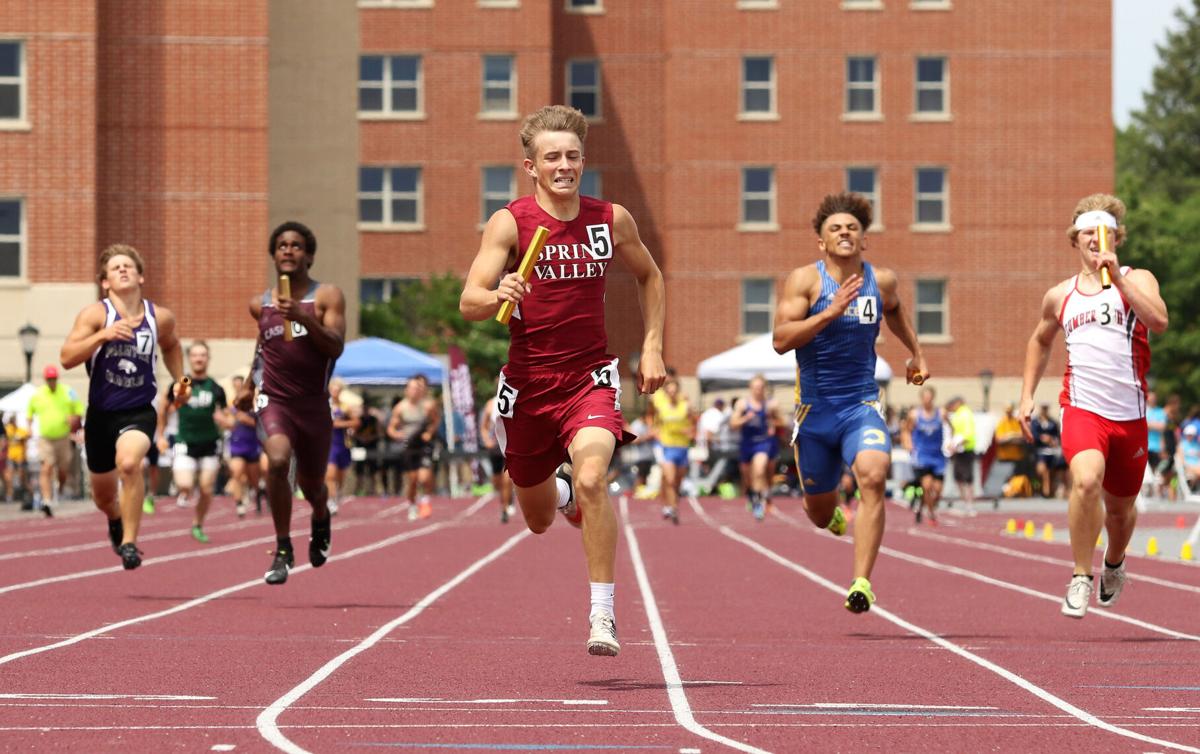 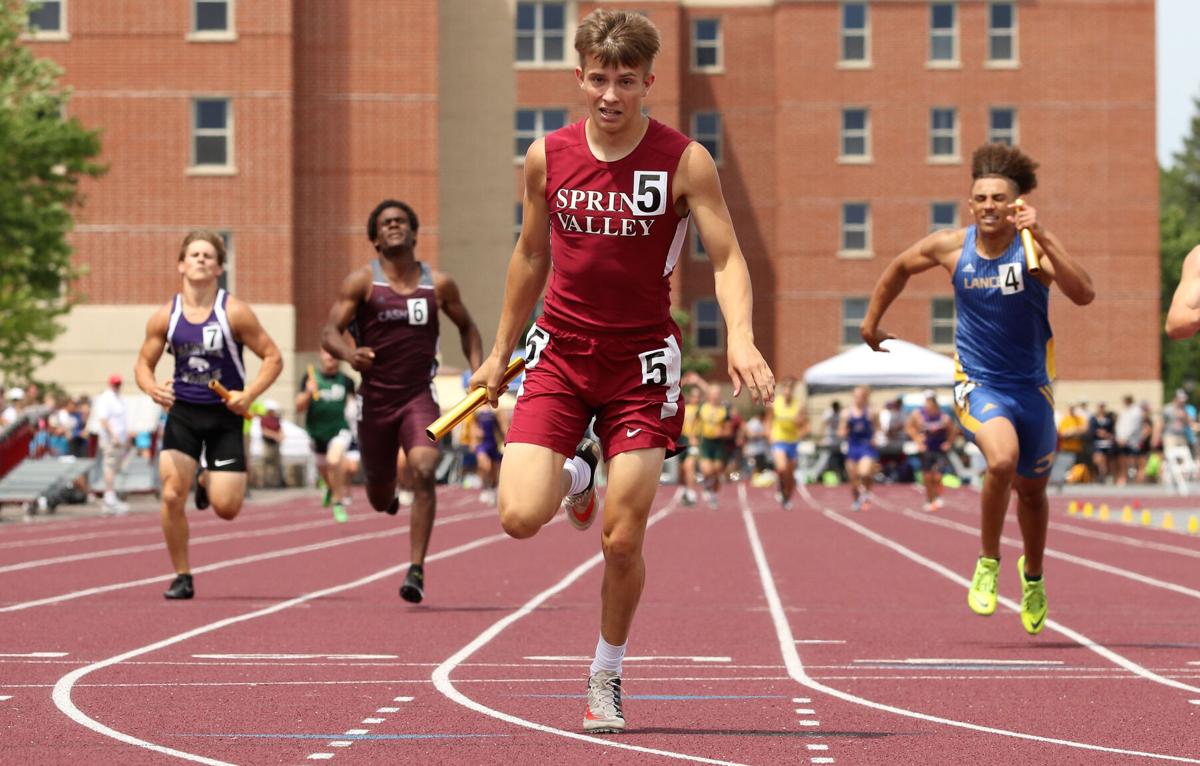 The WIAA State Track and Field Championships kicked off Thursday, June 24 with Division 3 competition, and the Spring Valley boys celebrated with a fourth place finish in the 4x200 meter relay.

Colin Anderson, Nate Fesenmaier, Masen Powell and Justin Rielly combined for a time of 1 minute, 33.55 seconds to win the first of two heats and finish fourth overall. Edgar took the state title with a time of 1:31.06 and Manawa Little Wolf was second in 1:32.87 while Chetek/Weyerhaeuser took third in 1:33.21.

Elmwood/Plum City also competed on the first day of the state meet with the girls’ 4x200 meter relay team of Hannah Forster, Allyson Fleishauer, Lily Webb and Isabella Forster placing 12th overall in 1:52.19, and sophomore Trevor Asher finishing eighth in the boys’ long jump with a distance of 20-11.

The Division 2 portion of the state meet will take center stage tomorrow with Somerset’s Caymen Gebheim jumping right into action in the boys’ discus at 11 a.m. St. Croix Central’s Sydney Burgess will compete in the girls’ discus at the completion of the boys’ competition.

On the track, Somerset’s Jackson Cook will run in the boys’ 110 meter hurdle preliminaries in the morning with the hope of earning one of 10 spots in the finals in the afternoon.

St. Croix Central’s Mya Kizer and Jakob Eggen will both run in the 1600 meter run before Ellsworth’s boys’ 4x200 and 4x100 meter relay teams take the track and Kizer and Eggen return for their respective 3200 meter races.

The final race of the day will be the boys’ 4x400 meter relay, where Ellsworth’s boys will compete in the first heat.