Following a thrilling 35-34 UW-River Falls victory over UW-Stout Saturday afternoon at David Smith Stadium, Falcon fans had another reason to cheer Sunday night when the team was selected to play in the Culver’s Isthmus Bowl for the second straight season. 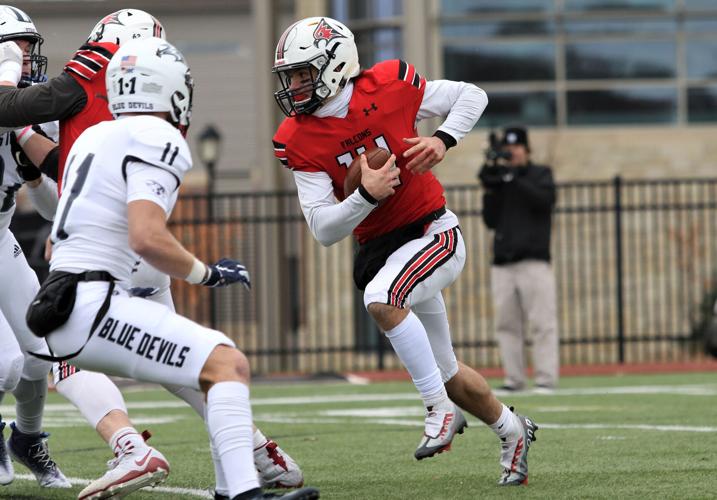 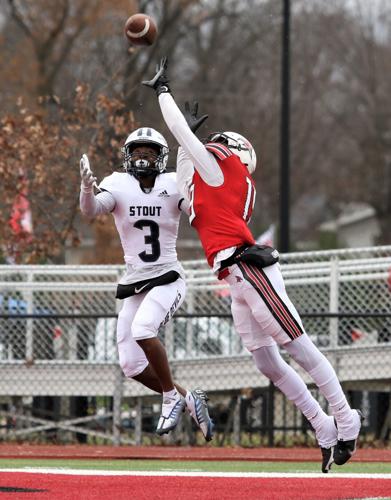 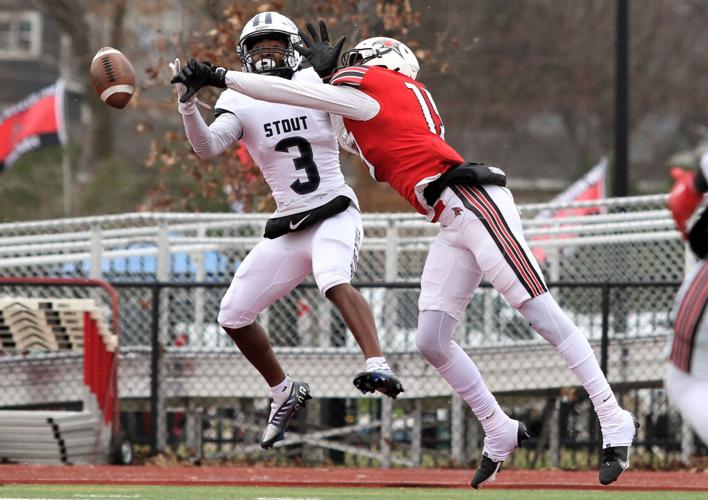 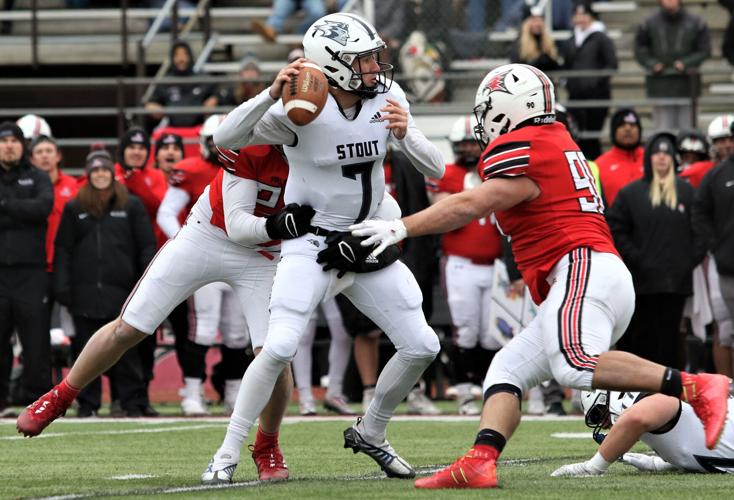 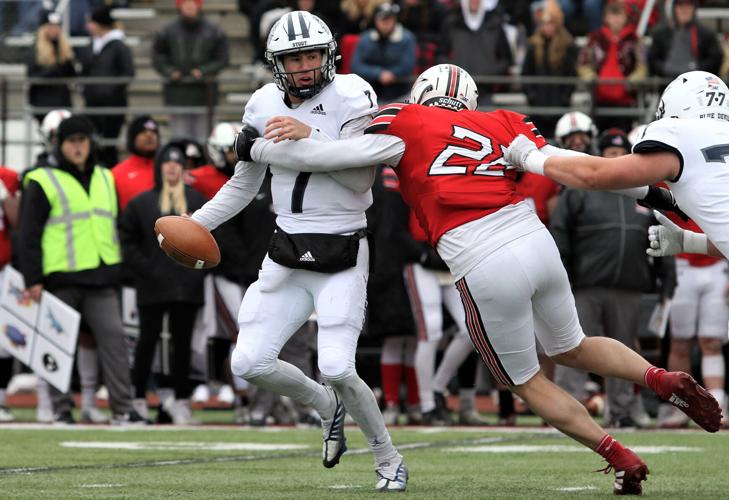 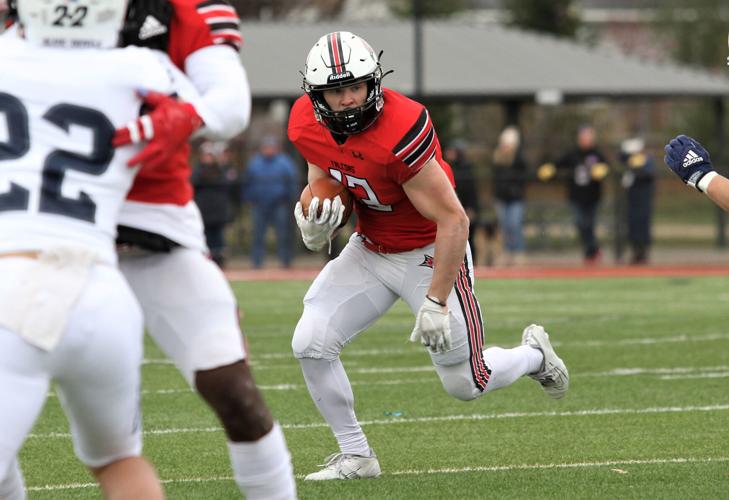 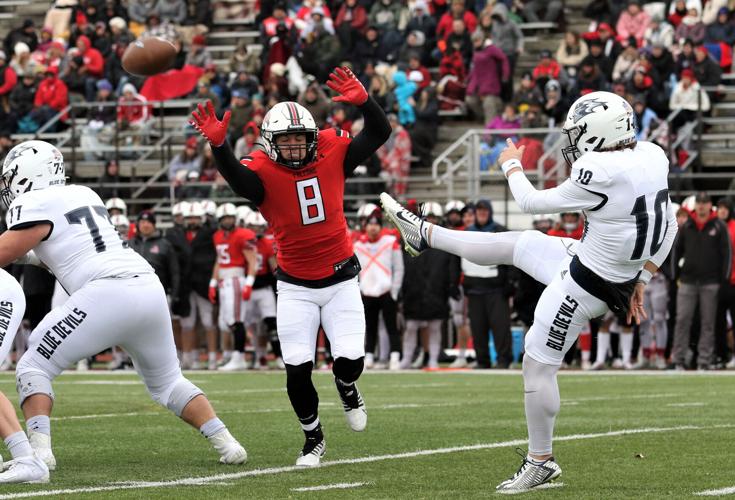 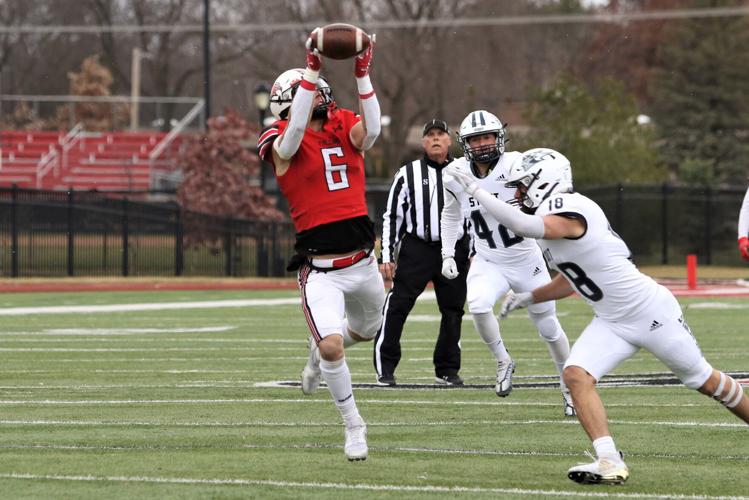 The 24th-ranked Falcons denied Stout’s potential game-winning two-point attempt following a Blue Devil touchdown with 11 seconds remaining Saturday to seal a one-point win and finish the regular season with a record of 6-4 overall, 4-3 in the Wisconsin Intercollegiate Athletic Conference (WIAC). That was good enough to earn a return invitation to play Washington University-St. Louis in a rematch of last year’s inaugural Isthmus Bowl, which the Falcons won by a score of 48-27.

The bowl game features the top two teams from the WIAC and the College Conference of Illinois and Wisconsin (CCIW) that did not make the NCAA Playoffs. The Falcons and Bears (8-2, 7-2 CCIW) each finished third in their respective league's standings. The game will be played this Saturday, Nov. 19, at the Bank of Sun Prairie Stadium in Sun Prairie, Wis.

It took a Michael Brown interception at the goal line on Stout’s two-point conversion attempt with 11 seconds remaining Saturday to send UWRF to its second straight bowl game.

After quarterback Kaleb Blaha scored from one-yard out to cap a 15-play, 72-yard drive with 1 minute, 33 seconds left to give UWRF a 35-28 lead, Stout moved 80 yards in seven plays to pull to within one, 35-34, on a one-yard touchdown pass from Sean Borgerding to Arthur Cox with 11 seconds left.

The Blue Devils went for the two-point conversion and the win, but Borgerding’s pass was picked off by Brown near the left pylon to give UWRF the victory.

The two teams combined for 27 points in the fourth quarter after the score was tied 21-21 after three.

After Blaha hit Michael Krueger for a 23-yard gain to the Stout 34-yard line on the final play of the third quarter, he found Mason VanZeeland for a 33-yard gain over the top to the one, before diving over himself to give the Falcons a 28-21 lead.

Stout answered with a quick touchdown to tie the score again, and after the Falcons came up short on a 4th-and-1 near midfield, the Blue Devils missed a potential go-ahead field goal from 45 yards out with 6:05 remaining.

That’s when the Falcons put together a 15-play, 72-yard drive that took over four-and-a-half minutes off the clock to take the lead with 1:33 left, only to have the Blue Devils come right back to tie the score with 11 seconds on the clock.

Blaha finished with 350 yards of total offense (263 passing, 87 rushing) and totaled four touchdowns, two rushing and two passing. He hit Krueger for a 42-yard touchdown pass that gave the Falcons a 14-10 lead, and also threw a six-yard TD pass to VanZeeland, while VanZeeland also caught a 24-yard touchdown pass from Tyler Schweigert for UWRF’s first touchdown of the game.

The Falcon defense had four tackles for loss and two sacks and were led by Aaron Borgerding’s 10 tackles (eight solo). Borgerding, a Spring Valley native, is the younger brother of Stout quarterback Sean Borgerding.

In addition to his game-sealing pick on Stout’s two-point conversion attempt at the end of the game, Brown had an interception in the first half to finish the regular season with eight.

This Saturday’s Culver’s Isthmus Bowl between UWRF and Washington University-St. Louis will kick off at 3 p.m. at the Bank of Sun Prairie Stadium in Sun Prairie.