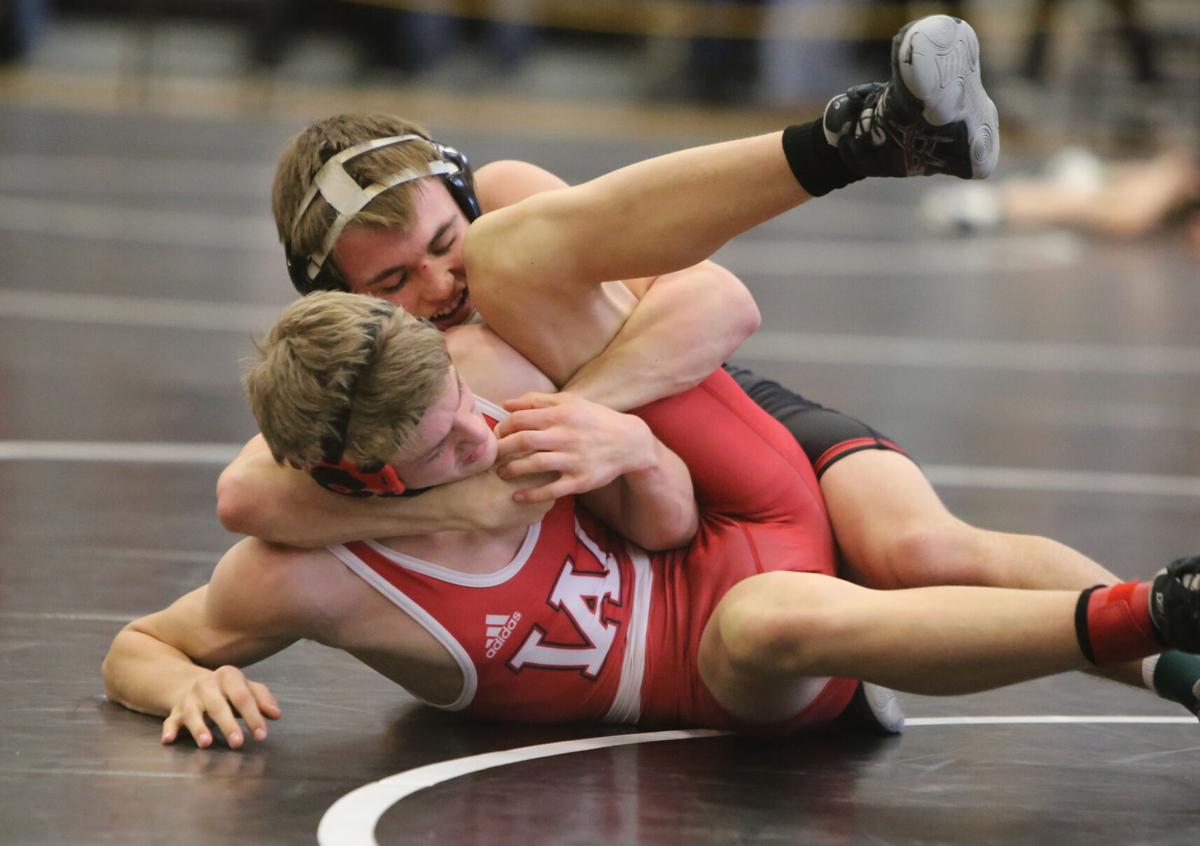 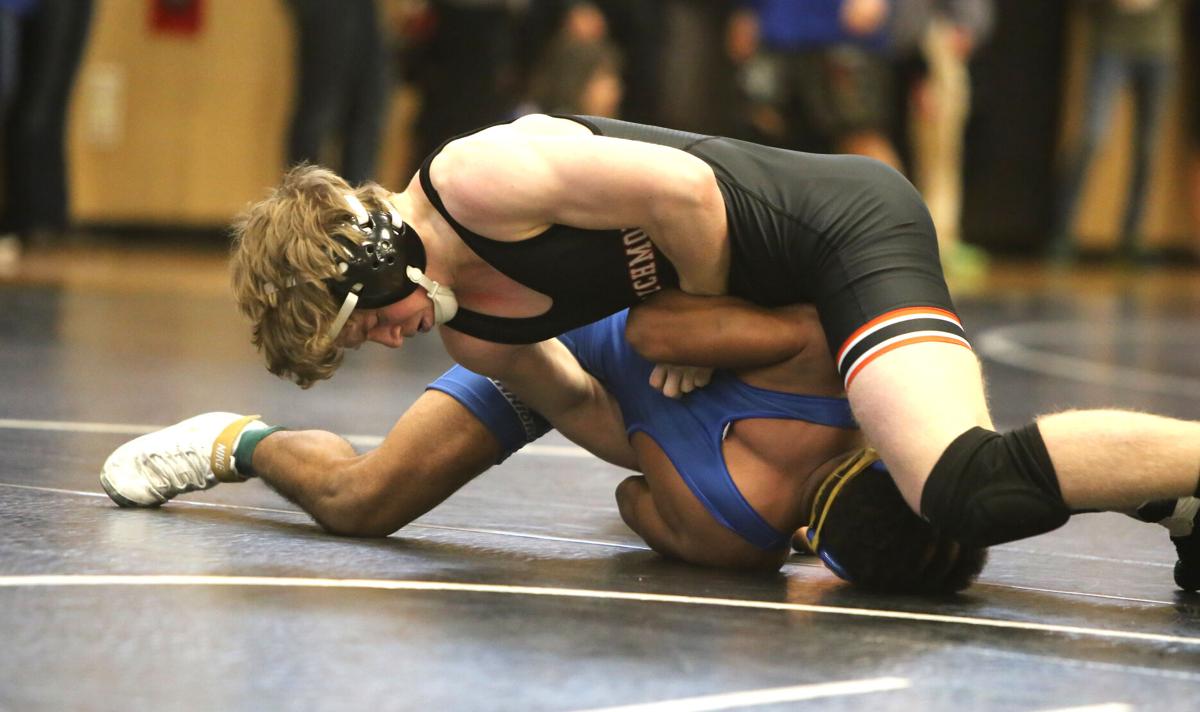 Grahovac added to his list of successes by winning the 138-pound championship at the 50th annual New Richmond Invitational on Saturday. Grahovac was one of two Spartans who reached the finals. New Richmond had three wrestlers reach the finals. The Tigers finished fifth in the team competition. River Falls was the meet champion with 265 points. Amery took second place with 250.5 points.

Grahovac improved his record to 23-1 with his five wins in earning the NRI title on Saturday. In the finals, Grahovac and New Richmond’s Tyler Dennis put together an excellent battle in the 138-pound finals. Dennis struck first, getting an early takedown. Grahovac was able to escape and add a takedown that gave him a 3-2 lead at the end of the first period. Grahovac extended his lead to 7-2 by the end of the match.

Somerset coach Ali Peterson marveled at the patience and focus that Grahovac used  in overcoming a quality opponent in the finals.

“He really understands what his strength is. Very few guys can keep up that energy level that strong, that long,” Peterson said.

Also reaching the finals for the Spartans was junior Tyler Hantsbarger at 126 pounds. After winning his first four matches, Hantsbarger was defeated by Amery’s Walker Ingham in the finals, 2-0. Hantsbarger had won an extremely tight battle in the semifinals, edging Clear Lake’s Matthew Anderson 1-0. Hantsbarger’s record now stands at 23-2.

Hantsbarger beat Ingham when the two met recently in the Spooner tournament. Peterson said it’s likely that they will meet at least three more times this season.

“He understands this is a loss that can help propel us forward,” Peterson said.

Because of injuries, the rest of the Somerset lineup that competed Saturday was very young. Peterson said the biggest benefit was getting those wrestlers the experience of five matches.

For New Richmond, the NRI showed how close the Tigers are to doing good things. But they couldn’t quite get the wins in the close matches they were hoping to get.

“We’re not that far away from our kids beating a lot of good kids,” said Tiger coach Jeff Swanson. “We’ve got to get them over that hump. There were wins there to be had.”

Getting to the finals for the Tigers were Brandon Dennis at 132, Tyler Dennis at 138 and Ryan Muller at 195. Brandon Dennis faced Amery’s Jordan Penard in the 132 finals. This match was 1-0 until well into the third period, with Penard finishing with a 3-2 win.

Tyler Dennis had an early lead in the 138 finals against Grahovac, but couldn’t find ways to break free from Grahovac’s ride once Grahovac got on top. Muller was pinned by Spooner’s Sam Melton in the 195-pound finals.

Swanson said one of the highlights for the Tigers was the work of Cayden Henning at 126 pounds. Henning went 3-2, but his two losses were in excellent battles against a pair of standouts in Ingham and Matthew Anderson.

Also getting three wins for the Tigers were Jake LaVenture, Noah Henning, Quentin Hayes and Braeden Gefeke. Adam Stener showed his potential as a heavyweight, winning a 3-2 match against Amery’s 285-pounder who finished the day with a 15-7 record.

The Panthers exceeded their expectations at the Bluejay Classic at Merrill on Saturday.

The Central coaches gave the wrestlers one challenge for the day: finish at or better than where you were seeded. Every Panther wrestler accomplished that goal.

That success was led by freshman Devin Wasley, who reached the championship round at 145 pounds. Wasley’s best match came in the semifinals, where he pinned an opponent from Lakeland who had taken seventh place at the Northern Badger Invitational the previous Saturday.

“Wasley pounded the Lakeland kid,” said Central coach Brad Holzer. Holzer said Wasley has grown an inch since the start of the season and so the move up to 145 pounds might be a permanent change after Wasley started the season competing at 138.

Wasley was brought back to earth in the finals. He faced Traeton Saint of Prairie du Chien who placed second at state last year and Saint won by technical fall over Wasley.

Central heavyweight Nate Berends improved his season record to 19-6 by going 4-1 in the tournament. Berends is learning the patience it takes to be successful in the upper weights, according to Holzer. Two of Berends’ wins Saturday came in overtime.

David Olson and Tadan Holzer were both fourth place finishers in the tournament. They went 3-2, winning their first three matches.

Central will also host its annual quad tournament on Friday. Joining the Panthers in the tournament will be Baldwin-Woodville, St. Croix Falls, Merrill, Durand and Luck-Frederic-Grantsburg. This will be the annual Hall of Fame event for the Panthers, with Jason Heinbuch scheduled to be inducted into the Panther Wrestling Hall of Fame.