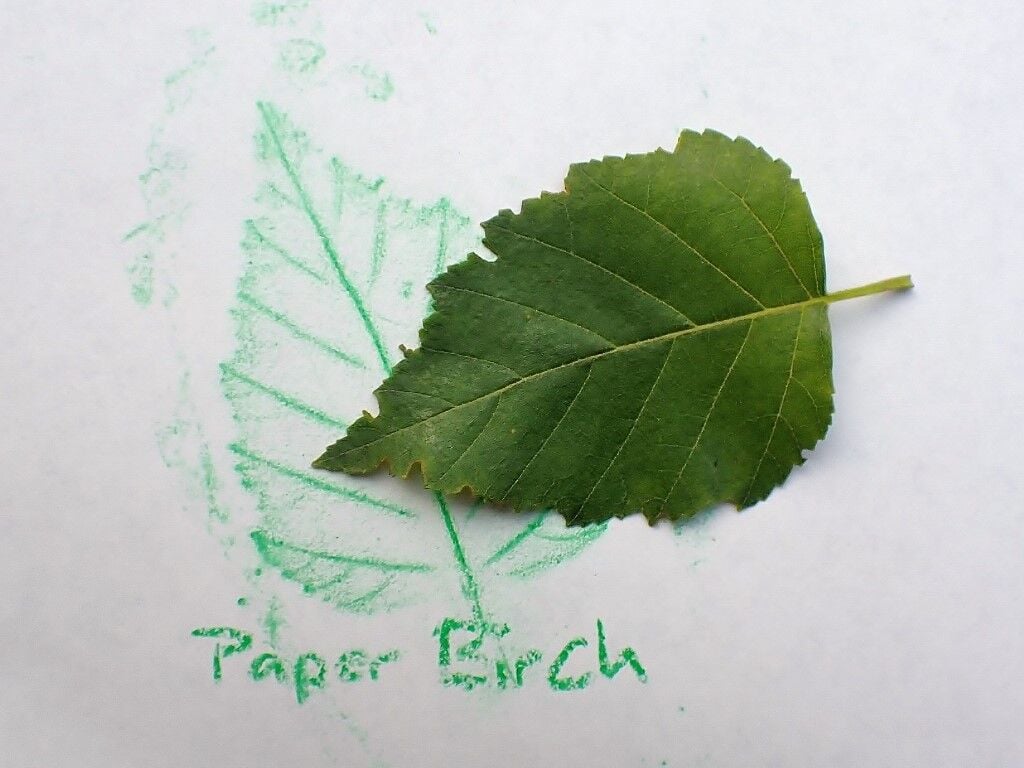 This paper birch leaf and the crayon rubbing of it reveal a toothed leaf margin. Toothed and lobed leaves are common on woody plants who grow in cold places because the edges are more biologically active in spring. Photo by Emily Stone 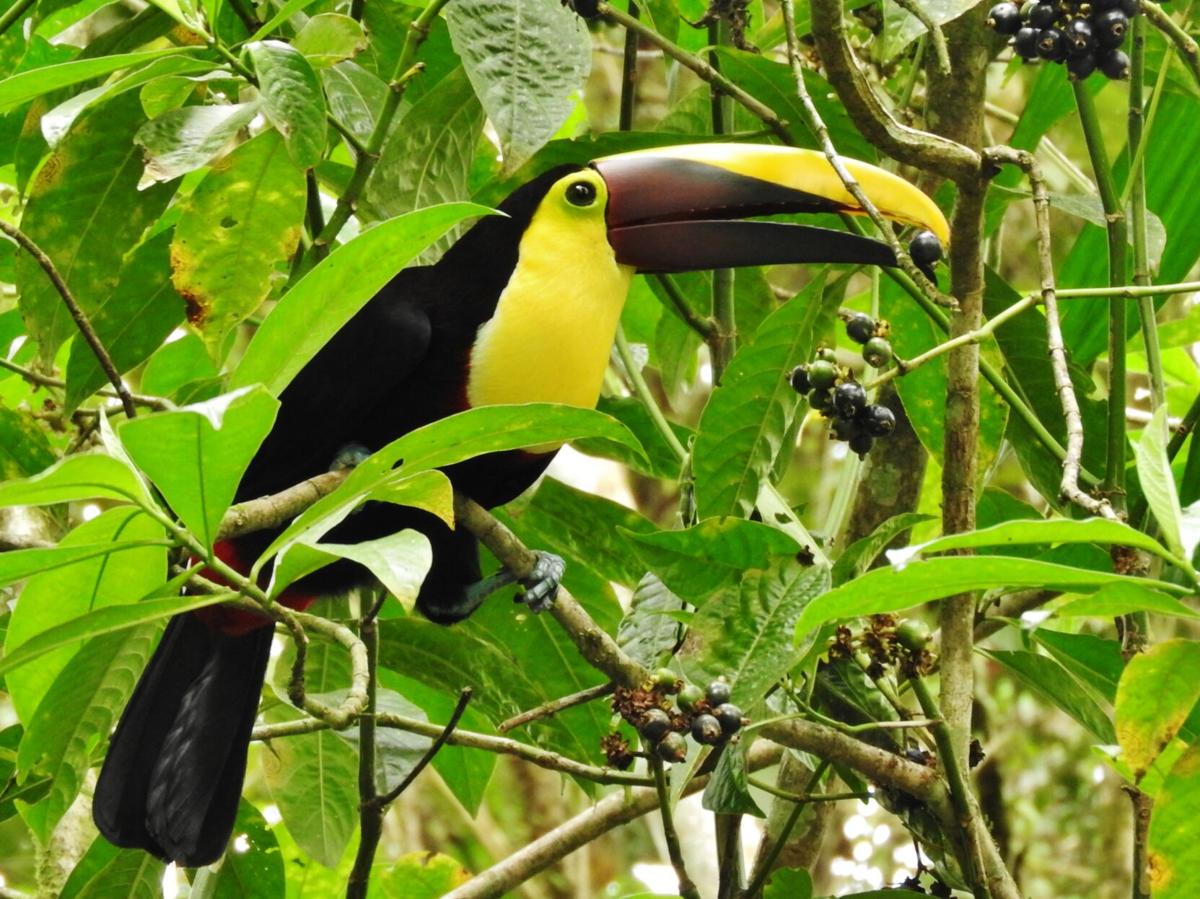 The rustling of paper mixed with the rustling of wind in the trees as eight adults slipped birch leaves between the sheets on their clipboards and began to rub. Like magic, the sides of their crayons revealed a prominent midrib with thick veins branching off at acute angles and a network of finer veins filling in the space.

The teardrop-shaped leaf was defended around its perimeter by a row of sharp teeth that — if made of metal — would probably work better than my current bread knife.

“Paper birch,” the students wrote next to their delicately rendered crayon artwork.

One of my college professors lauded leaf rubbings as “good data,” and my field notes from that class are a mix of colorful crayon smudges, penciled notes in shaky, on-the-fly handwriting, and wrinkled dots made by raindrops. That class was my first big step toward being a naturalist.

Remembering this, I wasn’t bothered by the bemused smiles I got when I handed out crayons to participants in the Cable Natural History Museum’s recent Tree and Shrub Identification program.

As we walked around the museum’s backyard, and then the river landing, and finally a ski trail, a pattern began to emerge in the leaf rubbings. We looked at maple leaves with their big lobes; red oak leaves with prominent lobes and pointed tips; and basswood, ironwood, musclewood, cherry, ash, and aspen all with finely serrated leaf margins.

A few of the shrub species in the understory had un-toothed, un-lobed leaf margins with a smooth line that botanists describe as “entire,” but the program ended before we got around to identifying them. The vast majority of leaves we walked past had teeth.

That’s not the case everywhere. When I explored the jungle of Costa Rica with a museum group a couple of years ago, we saw mostly smooth margins on the leaves that arched over the pathways and framed the wild colors of scarlet macaws, chestnut mandibled toucans, and collared aracaris.

Well, take just a second to think about the major differences between Costa Rica and Wisconsin. The first one you probably thought of is correct: temperature.

The difference is so pronounced, so measureable, and so constant, that paleobiologists can use the prevalence of teeth on fossilized leaves to estimate the climate of the forest they grew in, millions of years ago.

Leaf teeth matter, and change, on much shorter timescales, too.

In one experiment, scientists planted seeds from the same maple tree in two locations: Florida, and Rhode Island. Leaves on the seedling grown in relatively chilly Rhode Island had deeper lobes and more teeth.

So, mean annual temperature, that’s one answer to the question of “why?”

But go ahead, channel your inner 3-year-old, and ask it again. “Why?”

Why do colder climates produce toothier leaves? Why would it benefit a tree in Wisconsin to have deep lobes? Why is a tree in Florida or Costa Rica better off when it has smooth leaf margins?

Through more experiments, scientists found that the edges of leaves are where a lot of the action happens, especially in early spring. During the first few weeks of the growing season, as leaves are unfurling, scientists have measured an increase in gas exchange — a sign of biological activity, just like your breathing hard after a run — from the teeth.

All of those little edges are busy taking in carbon dioxide, releasing oxygen, and letting water vapor escape at the same time. Water vapor exiting the leaves — called transpiration — pulls more liquid up from the roots like someone sucking from a straw, and that boosts sap flow. That sap is full of nutrients that the young leaves can use to expand and ramp up photosynthesis. It jumpstarts the growing season.

In our cooler climate, with plenty of precipitation and a short growing season, trees can afford to lose some water to speed up sugar production. In warmer climates, toothed leaves might cost more water than the tree can afford, and therefore smooth margins prevail.

In places where winter comes with biting cold, it’s actually the trees that have the teeth!